TonK said:
I don't like members who come here to profit off of other members - thats cold.

But I can't stop this from happening.
Click to expand...

But nah it's cool guys, it's been a few years so who cares right?

Y'all still mad or nah?

Out of curiosity, what was Tonk's old join date?

Take it to one of the dozens of other Tonk threads guys. This thread is about the Unholy Altar boy Josh.

Somebody needs to infiltrate that joint with a spy cam and go Impractical Jokers on his ass.

Or just stab him in the face.

How can eBay allow such crap?

How can eBay allow such crap?
Click to expand...

It's just a free ad for his shitty business, he doesn't actually own any of those carts.

It did serve as a reminder to check up on his latest business reviews though, which are as glowing as ever, so thanks for that.

I found some used video cables for a PS2 for $4.99 but the clerk told me they "might not work" and that he had another set of used cables that "do" work behind the counter for $17.99.
Click to expand...

When I asked to purchase the console, one of the two workers there picked up the phone and called somebody, must be the owner. Thirty seconds later, he hung up the phone and told me "sorry, it's not for sale right now." I asked "why?" and all I got back was a dumb grin and an idiotic shoulder shrug from the worker. It didn't make sense! Why would you have the system on display with a clear visible price tag and not selling it?
Click to expand...

I told this story in chat yesterday and it never even occurred to me that this place was both super shady and well known around here. So here we go again for the sake of others.

A few years back, there was an ad on Craigslist for a job managing this place. I emailed my resume and whatevers and got a call from them. I went in and I interviewed with the dude for about an hour or so. We talked about the places I had worked and I told him about my management experience and my game industry experience and he was really enthusiastic. He later offered me the job and told me that he wanted me to run it like it was my own store, to advertise it as "under new management" and all kinds of other stuff. He said that he wanted to do other stuff and be free to travel to Japan to get more product and other stuff like that. It seemed like a cool deal and I was actually pretty excited. Keep in mind, this was just a few years ago and I had actually been a member here for a few years but never thought to look into the reputation of this place. Anyway, he tells me to come in a few weeks later to start and that it would be all good. A few weeks pass and I go in, and the store is closed when he told me to be there. I hung out for a few hours waiting and he finally showed up. He told me that I was gonna have to wait a while longer because he didn't have the money to pay an employee at that point but we would work it out later. I suggested that if he opened his store at the advertised time, maybe it would be a bit easier. His face turned bright red and he went off the fucking handle. He started yelling about all kinds of shit and said that I was unprofessional (wat?) and that I could find something else. After a little while of letting him go crazy I just took off. I didn't hear back from him after that.

A few months later I came into some games I wanted to get rid of quickly and thought I would go there to see how the store was and see if he ever found anyone. I went at like 4pm on a weekday afternoon and the place was shuttered and nobody was around. I have no clue how this place is in business or who would ever buy anything from them. I used to manage another So. Cal spot that used to be popular for its imports (Gameland) and he did pretty much the exact same shit. Jacked up all the prices, tried to screw the customers and kept shitty , unreliable hours. So strange. -_-

At the very least, I learned a very valuable lesson about how not to do business when I do my own shit next year.

It still boggles my mind -_-

lol read some of the yelp reviews

If only he was still here... I could use this: 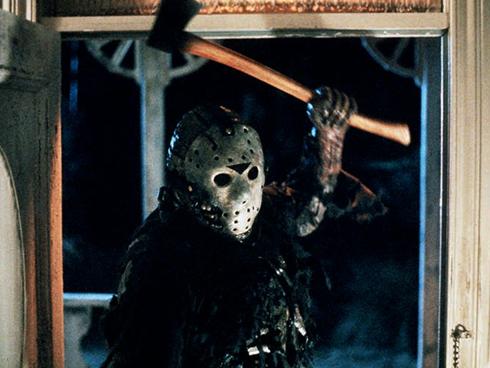 It's never too late for a plane ticket, Rot.

Next time I am in Cali, I will slap him right in the mouth and have someone film it and I will release the footage once the donation bucket is full

His parents are paying for the shop, right?

Clerk seemed well intention ed but was ultimately a very awkward shopping experience. I also don't really like the fact that the price of the Super NES, NES, Gameboy etc games on the shelves was for a cartridge only and did not include their cheaply made, copyright infringed, printed artwork. Nope, that's an extra $9.
Click to expand...

xRealNinjuzx said:
I used to manage another So. Cal spot that used to be popular for its imports (Gameland) and he did pretty much the exact same shit. Jacked up all the prices, tried to screw the customers and kept shitty , unreliable hours. So strange. -_-
Click to expand...

Was it the gameland that use to be in Torrance.

xRealNinjuzx said:
Yep. I was there for a while and in Lakewood for a while.
Click to expand...

I bought a haunted grounds pretty cheap from gameland, what I wanted everytime I walk in thee was that Jill Valentine scroll on the wall.