I bought a used New 3DS XL in excellent condition for $180 at a local pawnshop. I already have a Pokémon blue/red edition new 3ds, but wanted to compare whether the XL was better or not. I figured I can easily sell if I don’t like it or scalp the Pokémon edition if I prefer the bigger screen.

Isn't that like really pricey for a New 3DS XL?

3DS systems in general are pricey right now, my used/loose 2DS XL cost me $150 a couple months ago
No regrets though, the XL form factor is much better

for whatever reason. 3DS system prices are high right now.

Didn't know that, got mine a few years ago (5 or 6) for like 100€ and was a Zelda special edition. I thought they would have even lowered but live to learn...

I was at a local game store the other day and there were like 5 people in there all looking for 3DSs in the 20 min. I was there. Because Nintendo...

Ouch... glad I picked up my 3DS Super Famicom edition when it came out... don't fancy prices on ebay much right now. 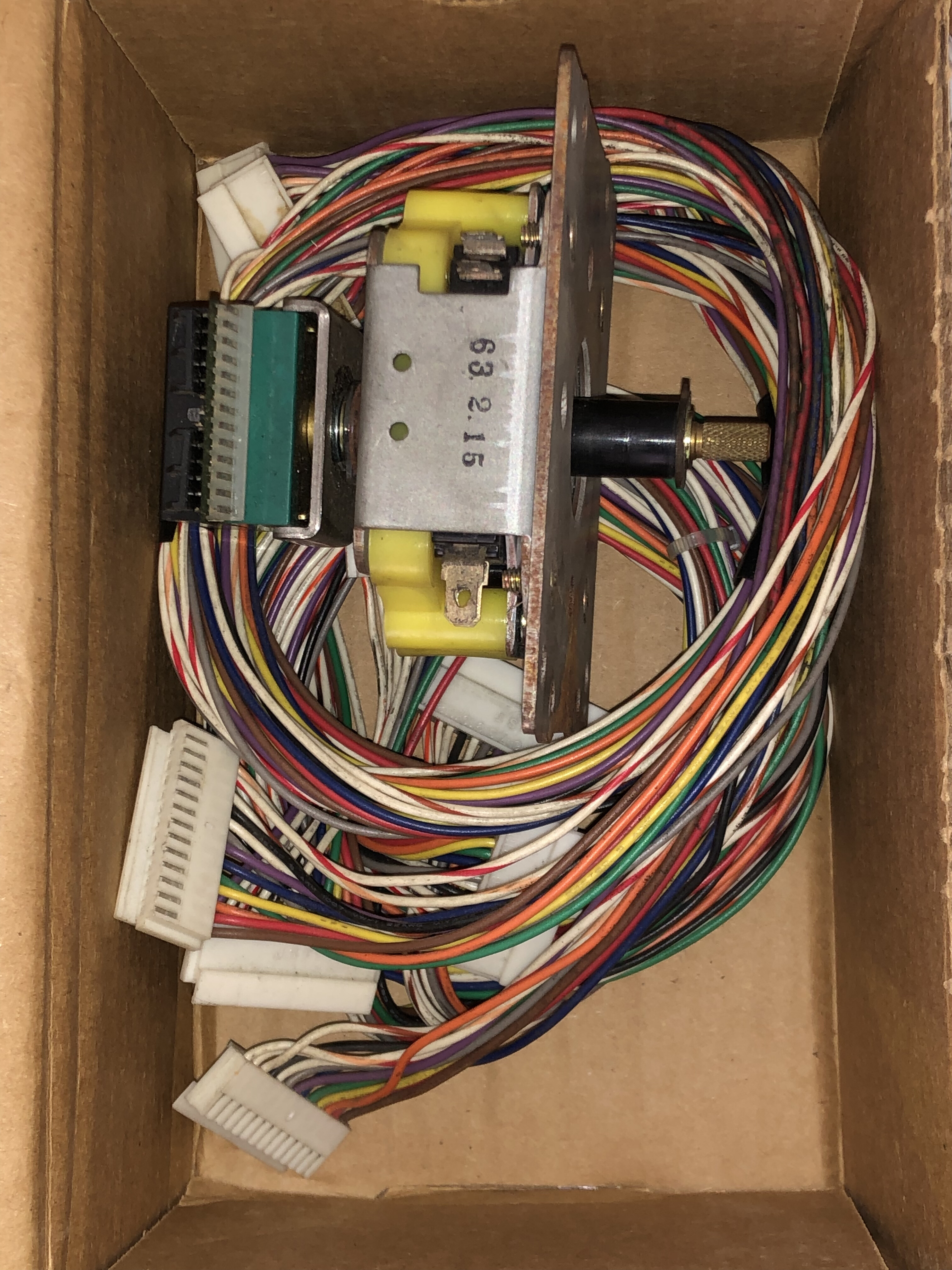 NERDtendo said:
I got a small box of arcade NERD gold in the mail today…

What am I looking at, rotary sticks?

egg_sanwich said:
What am I looking at, rotary sticks?
Click to expand...

Yeah. It’s a Seimitsu SNK LS-30 rotary joystick and 4 wiring harnesses for them. The joystick is missing the knob top, but I bought it for a parts joystick. I am gathering parts LS-30 joysticks so that I can start making refurbished joysticks available. I have been refurbishing Nintendo arcade joysticks (Donkey Kong, Popeye, Punch-Out!, Mario Bros., Vs./PlayChoice-10, etc.) for many years and decided to branch out a little and do SNK rotary sticks as well.
J

So, two reasons for the interest in 3DS systems:

1. 3DS store is closing down in May, and people are trying to get all the games that were never released physically.

2. There was a very recent soft mod, via SD card, you can do to get 3DS shop roms for free. Not going to link it but, Voltaur did a really good video explaining, step by step, how to do it.

Still doesn't make sense, though as prices were really high for 3DS systems as early as last year. This was before they announced the store was closing.

Also, the same thing (soft mod) is available for Wii U, if anyone is interested.

I managed to find a brand-new copy of the said convert produced by Atomikwave: Aside form this thing being so well-made, with great production quality and total consistency with SNK official releases down to the minor fonts on the spine, you may wonder why it took so long for me to acquire it.

Well, when the "found proto drama" for this game first came out, I learnt the guy who secured it actually messed up with the code to arrange a someway official release with added bits, such as "corrected" title screens, added English translation, etc.

That I could not stand, because I'm a NEO·GEO collector and I'm mostly interested in things as they were in their days. And I know it well, this proto truly was a "location test" one-copy revision of a MVS cart truly produced with a mere P1 rom swap. Not a single pixel of graphics had been added into the romset, not a single note of music. Just recycling sprites and color swaps, just like "Street Fighter 2' Turbo HYPER FIGHTING" was back in its glory days (ahah, Chun Li's "kikouken" being two azure-recolored Dalshim's "yoga fire", do you remember that?).

Ok, later I discover mr. Atomikwave, also known as the man behind NCI, actually created a "fan-made-for-fans" conversion of this game using nothing but the original proto ROM, which was actually kind of sandboxed within the official release (that being tweaked on a higher, emulation level).

As a result, this conversion is the "real deal", for what it is: Yes, no "完全版" nor "Perfect" tags added on screen. Just a color swap on the title logo as well: this game is commonly know as "AkaSamu" in Japan for a reason: "Aka(i)" means "red". :-)

So that's the way it should be to me. It took me some time to rewind the whole story, and I've been lucky enough to secure a brand-new, sealed copy of the game. Serial number I could't care less. But it's kind of fun that I see Atomikwawe being bashed by quite some NEO·GEO fans, while he's been able to produce such repros with no use of any sac-carts at all (PBC, cart shell, cart case are all original), and he's not selling his stuff as original to scam anyone.

On top of that, if we just consider the simple fact he never used the NEO·GEO logo on his officially VISCO-licensed titles, those being his company NCI labelled products, while he just could not resist to personally produce a fan-made proto-convert for this one, with official look-a-like artwork, well... I can't avoid thinking he must be a fellow NEO·GEO maniac to the bones! :-)

The NEO·GEO maniac I am, having completed my collection back in 2005, and having no interest in homebrew project whatsoever, my only further goals have been striving for "perfection" with my own collection piece, acquiring key memorabilia from the old days, and completing my "official MVS-only and proto games" collection. Of course, that comes with making quite a lot of new friends along the way, to design better and better "official look-a-like inserts", and so on.

Yes, this "scene" has always been and today is even more full of fishy businesses, shady dealers, ignorant posers and so on. Innoence has long been lost. But truly passionate connoisseurs still hang around, just keeping a low-profile and doing their fun and passionate stuff. So, once again, I thank this website community. Speaking of which, this is from the credit page of my fanbook I finally managed to publish two years ago, "SPECIAL THANKS":

Last months gets. Package in from Japan and Rolling Gunner and Tekken Tag 2

The Fate Unlimited Code was marked Figure missing pieces, I’m not going to open it up because I don’t care about the figure but it looks all there. It was cheaper to get that version than the reg edition so why not.

The Ghost Sweeper Mikami was marked “cartridge difficult” but again I don’t see anything maybe minor minor discoloration on the back but I don’t even see that too much, and it was definitely worth the $30 odd I saved.

Holiday is a pretty obscure Indie band made up of Yale Grad students I really liked from the 90s. The Japanese import has a few unreleased songs as far as the US goes including a Beach Boys cover, and is not a available digitally anywhere, so that was worth the cheap price I got it for to me. I got invited to come check out the warehouse of a local arcade route operator. Came home with a handful of PCB, parts, and a monitor… 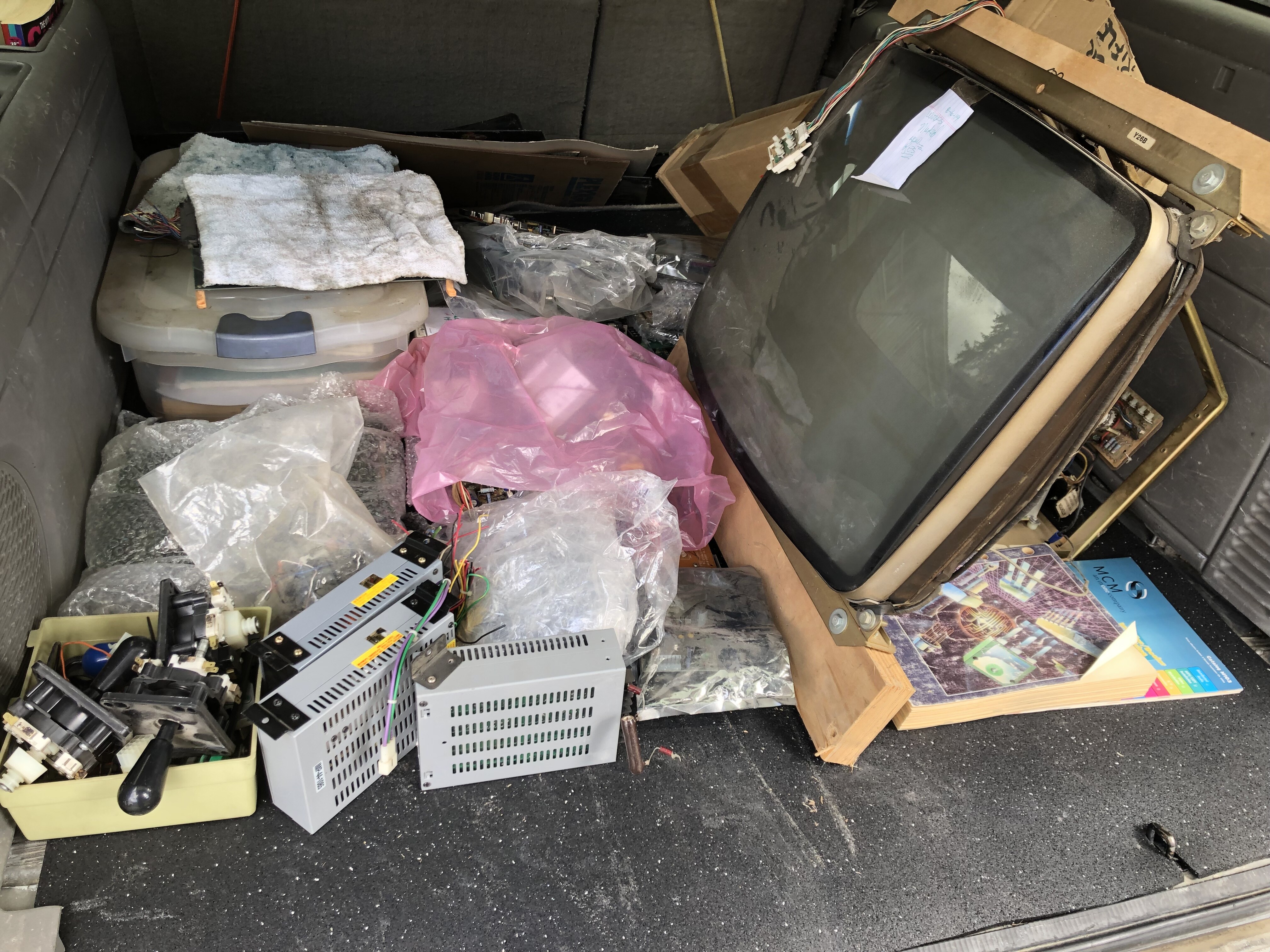 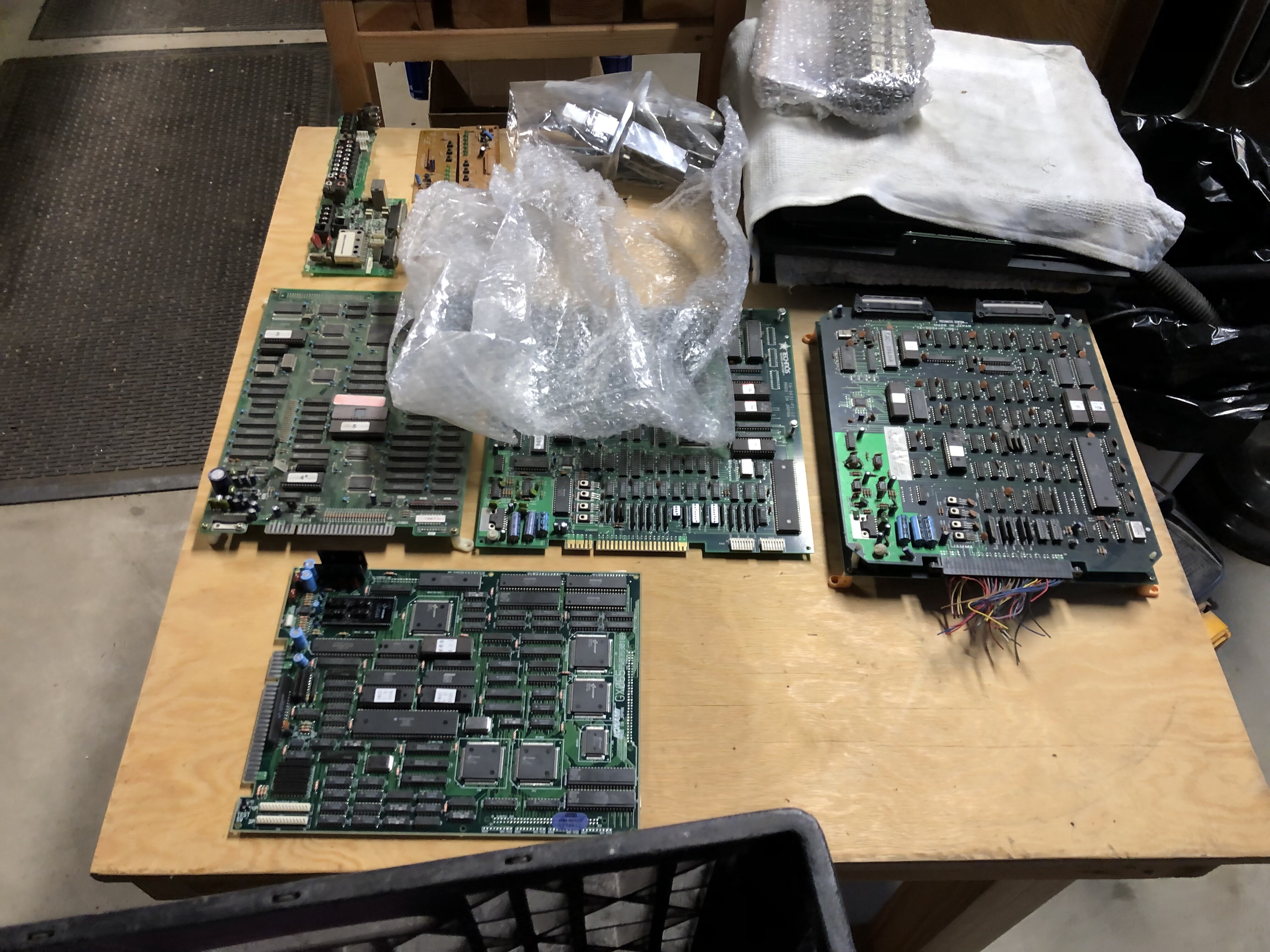 I’d be happy with the MD version How come you didn't go after Saturn Generations 5?

Tarma said:
How come you didn't go after Saturn Generations 5?
Click to expand...

Because it wasn't available on the deal ^^

Still missing 3 games that should arrive around tomorrow.

The dude forgot those and will ship them today.

Too bad he didn't had anymore Waku Waku 7.

Another three in the cheap range. All CIB but kof96 with heavy sunfade on front and side...

I want to get more into FHD. One day.

Picked up a couple pinballs for the arcade. Normally I buy broken stuff and fix it because it’s cheaper, but these ones are fully working and just need cleaned up!

NERDtendo said:
Picked up a couple pinballs for the arcade. Normally I buy broken stuff and fix it because it’s cheaper, but these ones are fully working and just need cleaned up!
Click to expand...