Well, I should imagine many of us here collect video games of one sort or another. Aside from that I'm curious what everyone here collects.

Collecting is quite a curious mentality to me. It's interesting to know why people collect the things they do and what meaning those things have to the one who collects them.

Personally, here are my collecting addictions.

BattleTech / Batltledroid or Mechwarrior miniatures - Mostly I'm collect the older BattleTech miniatures but will buy newer ones when I get a good deal, or if it is one really want. I don't get to play the game very often and seldom get around to painting any of the miniatures, however I've several thousand dollars of the stupid things. I quit counting figures back when I hit 1k mech miniatures. I've sold off a shit load of extras I didn't want over the years as well, and almost always have regretted it.

I think the thing is that I always wanted these fuckers when I was a kid and couldn't ever get any.

Atari 2600/5200/7800 - I've boxes and boxes of carts and systems. They don't really ever get played. I just buy the shit when I get a deal on it and into storage it goes. I sold off about 1k of excess extra stuff a while back but still have a metric fuck tonne of the crap.

I don't really know what the attraction here is, other than some misguided reliving the past bull shit. I like the box art and stuff, but can't really stand to play most of the games.

VHS - What the fuck is wrong with me. I've so many tapes. I keep buying them when I get a good deal on them.

Aside from there being lots of stuff still not released on dvd, there isn't much reason to have them other than nostalgia I suppose.

I don't collect anything anymore. The last "non-video game" stuff I collected were items from the WWII era. Nazi postcards & stamps, currency, gold, uniform accouterments, cigarette boxes, etc. etc. Anything from that era. But I quit collecting that years ago and its all tucked away in a box somewhere.

Blame madman, You Know You Want To.,

A few months ago the "WTF is the point of all this shit?" thought entered my brain. I'd go through periods where I scoop up cheap Atari 2600 carts, if there's a game or label variant of something I don't own and if the price is right I'd scoop them up. Not sure what the point of that was now, but there was something about the cataloging process of keeping track of everything that appealed to my inner nerd. And likely my outer nerd as well. I will probably continue my N64 collection at some point.

When it comes to record collecting I hate to use the term "collecting" as I don't buy records just to buy them. I only buy what I want to listen to. And if I happen to scoop a sealed copy of something old I will eventually open it and listen to it.

The only other thing I collect is movie memorabilia from a handful of specific movies. Anything from the original release is fair game, scripts, promo items, lobby cards, posters, wardrobe, etc.

I am a collector. All for different reasons; some rooted in nostalgia, some for their place in history, some for aesthetics, some for utilitarian purposes.

I have collections i've moved away from entirely too and no longer have any interest in, but at the time, I did:
Casino coin cups
Beer mugs, pitchers, glasses
Current gen baseball and football cards
DVD's, CD's
Vacuums
Baseballs

mjmjr25 said:
I am a collector. All for different reasons; some rooted in nostalgia, some for their place in history, some for aesthetics, some for utilitarian purposes.

I have collections i've moved away from entirely too and no longer have any interest in, but at the time, I did:
Casino coin cups
Beer mugs, pitchers, glasses
Current gen baseball and football cards
DVD's, CD's
Vacuums
Baseballs
Click to expand...

Holy shit. I don't even know what half of those things are.

unless you're watching Akira or skateboarding videos

lego blacktron 1 (kind of done as the space for the station is filled quite completely)and whatever minifigures I end up seeing that I like
old us coins- mostly the ones with chicks, but if theres a cool eagle...and franklins bell side?
wizards warriors and you books, 2 left that never show up reasonable.
mario minifigs, want more bobombs and buzzy beetles.
have a fair number of pervy anime figs too.

Nothing except records and T-shirts now. Selling all the junk, keeping the cream of the crop.

I buy a lot of games, movies, books, TV series, and comics but I actually play/watch/read them. I'm not buying them so they'll look nice on a shelf or because I think they'll appreciate in value to some ridiculous degree. Sometimes I'll have stuff for weeks or even months (sometimes years, in the case of books) before I get to it though.

stevenk said:
Holy shit. I don't even know what half of those things are.
Click to expand...

SNES games
Boxed english NGPC games
Neo Geo AES/MVS games
I used to collect tumblers for water/ tea
Anime DVDs/ Movie DVD
Hoodies
Band shirts
All other video games I just accumulate and usually when I beat them/get sick of them, I sell on ebay, boards, or give away to "friends".
JRPG extras - I didn't like DQ Heroes and Catherine, but I still have the deluxe stuff that came with the special editions.

Blame madman, You Know You Want To.,

Yeah I guess it depends on the definition of "collect." I have a shit ton of DVDs and BRs, but they're things I actually watch. I'm not trying for a full Criterion set or anything like that. When it comes to records I do prefer original pressings, so maybe that does put me into collector territory.

With old Nintendo home console based system cart prices driving me away from it all and selling a lot off too, I changed gears. Before I would just go after that, and little else. Since then I've gone towards some new things. Originally I tried going international, ended up bagging a badly listed (not actually, just a microscopic picture of it attached) honeybee famicom adapter so I started buying up Famicom games. Then the really nice ones got kind of spendy due to Nintendo loving douches in a panic over US prices.

- Antiques(mainly Toys/Games) which I can find fairly well at the flea markets in this area, I'd be shocked not to come home with something every month or two of good quality and not get ripped off mainly stuff from the 1930s-80s. Some of my oldest items would be a could of 1930s wood/glass face pre-pinball home games Poosh-M-Up bagatelle games, and the original Fischer Price toy, a beat/string wood cat with oil cloth ears still attached. I've got old dime banks, Japanese litho tin toys, some battery powered old metal cars, etc. It's random, even a few WW2 weapons as well.

- Lego -- Primarily the late 80s earlier/mid 90s stuff I remember having as a kid or my family did. I've got quite a few sets, mostly on the small side. They're not expensive to pick up unless the box is still included or it's some desirable screwball rarer thing. I enjoy it as they're quiet and can take 30min or 3+ hours and it's just relaxing and stimulating, fun to display too.
- (Then last early January) G1 Transformers! I ended up getting a CIB Jazz for $35 (25% off $50 with coupon at Half Price Books.) I couldn't leave it there, I had it as a kid, but then I just had to get the others I had, then it kind of exploded into far more including stuff I wish I had. I also as a kid had Optimus Prime and Mirage, got prime, not the other as I'm paranoid they break due to bad design very easy at the waist. I've picked up Megatron complete with the full Gun and manual, a CIB Starscream, and many other, got around 60 of them now in various sizes the largest few being a full armor Jetfire, Metroplex in the box(incomplete 3 days ago but will fix that,) Computron(100%), and down to the smallest with some mini bots and micromasters. This is mostly up to date: http://tanooki.byethost16.com/transformers.html (lacks Metroplex, Sixshot w/guns, Sandstorm, and a firecon.)

And then in May I did finally enter the world of Neo Geo so yeah, I've been getting MVS games when I find stuff I learn I like or enjoyed in pizza parlors, etc as a kid/teen.

True connoiseurs are sometimes known as "hoarders"
Click to expand...

bullshit! I want to see mjmrs eggs! errybody dos! he can be the first to post those up... 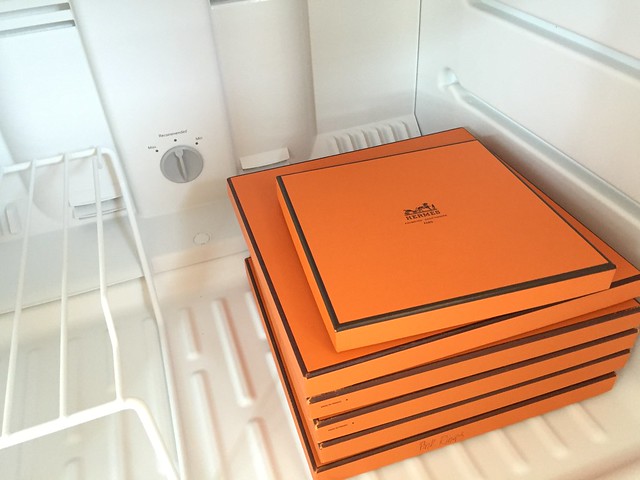 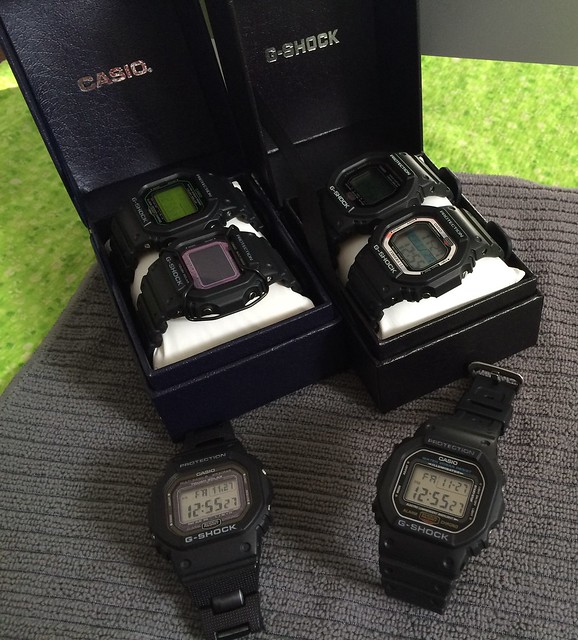 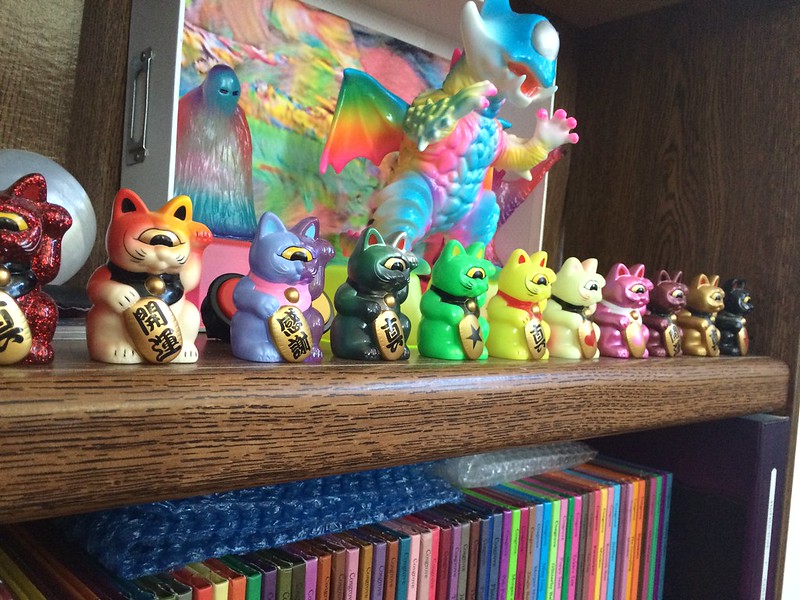 None of it is really stupid to me, especially the picture books because I read them all the time to my students.

Over the past year or so I have sort of started collecting headphones. So far I have

The Audio Technica 900x and Beyerdynamic DT990s are my go too gaming headphones, the rest are for music and depend in the genre and my mood, though I seem to always come back to the HD600s as my all around favorite.

Also have Jaybird X2s and Sony XBA A3 IEMS for working out, depending if I want wireless or not.

It is all part of my strange addiction, and I love listening to music to relax when I am not gaming.
Last edited: Aug 20, 2016
J

been trying to get into laserdisc a little bit. got a shit ton of discs from my grandpa, trying to track down a couple more movies.

can anyone tell me some laserdiscs that offer exclusive content over dvd or vhs versions?

I buy arcade gear but I'm no collector. Just buy what I want to play and from time to time I sell of chunks of what I have.

I am the opposite of a collector, I have to be convinced to buy something these days because I know it all ends up on a shelf or in a box somewhere. Big fan of digital media and spending money on experiences rather than "things".

Besides games and related equipment? Nothing. I used to have impressive vinyl and laserdisc collections. Sold everything and good riddance.

I regret selling my Genesis collection.