I don't really understand where the story could possibly go, but I am curious.

There are a lot of reasons why the Matrix sequels were disappointing, IMO.

They didn't have anything as impressive / unique / new as the original's bullet time. If each of the sequels had its own new effect on that same level, it would have been a visual payoff, but the sequels relied too much on crummy CGI. (I think the reason bullet time was so surreal but also organic-feeling is because it was a mix of practical and green screen effects. It was basically a hundred cameras set up in a circle and timed to go off in sequence, so the actor is real - no CGI - but the background is composited in.)

Some of the plot points in the sequels were great, but the rest of the content didn't really support them. I like the idea that Neo is just another facet of the machines' control, and that he's just one in a series of The Ones. I'm not sure that I like the idea that The Ones have to choose between saving a love interest and saving humanity. And I think a lot of the meta stuff is too murky, e.g., the train station purgatory and whatnot. Smith entering the real world / Neo having powers in the real world, etc. came across as sloppy. Since they didn't explain that stuff, it felt like they were just like "yeah whatever, just go with it," but at the same time, if they did explain that stuff, it would've felt trite. (I think Neo's cybernetics are possibly different than everyone else's, and the machines somehow enabled him to interface with them, allowing him to see their code even when he was blind / interact with them at close range.)

In other words, if they took their time and wrote good scripts, the sequels could've been good. But the original stands on its own perfectly fine.

Lagduf said:
lol Lonesage pointed that out in post #4

The Wachowskis are hipsters.

They were trans before it was cool.
Click to expand...

No, Andy Warhol's friends in the 60s were trans before it was cool.

The Matrix was cool when it came out, if you were a pre-pubescent child. I rewatched a few years ago. Can't imagine enjoying it but then again half the people on this board still take live action superhero movies seriously so I'm racking it up to lifelong premature ejaculation and brain damage

sylvie said:
The Matrix was cool when it came out, if you were a pre-pubescent child. I rewatched a few years ago. Can't imagine enjoying it but then again half the people on this board still take live action superhero movies seriously so I'm racking it up to lifelong premature ejaculation and brain damage
Click to expand...

I definitely remember a lot of tryhard faggots wearing black trenchcoats around 2000.

that was more of a Columbine High School Shooter look I think, but I imagine there is a big overlap.

NeoSneth said:
Lilly is on extended break from industry, and doesnt believe she has the same depth for subtext now she has transitioned. her words...
Click to expand...

Or maybe transitioning to someone who is older and more mature and has seen a few thousand more movies perhaps made them realize they were never that in tune with subtext in the first place.

The Martrix is one of those things that isn’t as smart as people think it is. It’s world shatteringly revolutionary…if you haven’t seen or read that many things. And now that it’s chief contributions to society, 360° panning and ramping frame rates, have been played out to the point where not even Youtubers use it, it’s basically a dated, pseudointellectual mess. The sequels disappointed basically everyone who didn’t own stock in the production company.

This will probably end up like Star Wars. New sequels that couldn’t possibly be as bad as the older ones still end up pissing off more fans than before while making more money than before and therefore generating more sequels that will never end because fuckheads won’t stop paying to hate watch them.

I'll watch anything with Keanu in it and fantasize I'm him throughout the whole movie.

I CAN'T WAIT to not see this movie

is what I was planning to post. But eh, I'll probably watch it.

If I want to see KR kick butt, I watch John Wick. This one looks underwhelming at best and I don't have much hope for any Matrix sequels. I still chuckle every time I see parts of the Architect scene. Will Farrell had the best parody of that scene.

sylvie said:
that was more of a Columbine High School Shooter look I think, but I imagine there is a big overlap.
Click to expand...

HMG is known for his school shooting jokes.

LoneSage said:
Why only one Wachowski
Click to expand...

The other is too busy dilating his stink ditch.

Is one of those videos the one where Will Smith talks about how they pitched the movie to him? His video on that is decently amusing…especially when he talks about how he declined the role and went on to star in Wild Wild West

Lagduf said:
Is one of those videos the one where Will Smith talks about how they pitched the movie to him? His video on that is decently amusing…especially when he talks about how he declined the role and went on to star in Wild Wild West

No, Pitch Meeting videos are satire where the same guy playing two different characters (Writer Guy and Producer Guy) deconstructs movies by making a parody of how he imagines the movie was originally pitched. 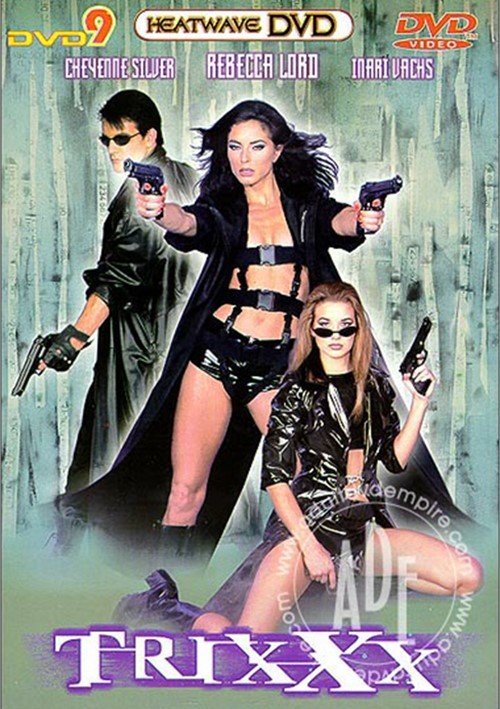 It was still better than Reloaded/Revolutions.

Also, the original is still great and holds up, unlike the SFX from the 2nd/3rd movie. I'm interested as to how Neo is still alive (and Trinity) but Im thinking its just their consciousnessessess that were jacked into the matrix.

Also in the trailer, you can see Trinity is 'leaking' Matrix code so she's prob not real or a construct, etc.

Also, the big headed black dude from Watchmen the series has already confirmed that hes a younger version of Morpheus. I dont know how I feel about that.

It definitely has my curiosity, I'll give it that.

Hopefully they've learned the lessons of the sequels where interesting characters and story are much more enjoyable than tons of padded world building and nonsensical exposition. Let the audience figure things out. Show, don't tell.

I’m hoping this to some extent has nothing to do with the sequels.

Lagduf said:
I’m hoping this to some extent has nothing to do with the sequels.
Click to expand...

They've tried that approach with Terminator and Halloween. Problem is, the movies they make that ignore the shitty sequels still suck themselves.
Last edited: Sep 10, 2021

The Halloween pre-sequel was a perfectly adequate Halloween movie. Way better than Rob Zombie's crap and better than any of the Cult of Thorn garbage.

Terminator is just a bloated corpse getting squeezed of whatever remaining dollars are left in its decaying colon.

Predictions, without knowing even one whit of this story:

After Neo 'died', his consciousness became one with the Matrix.

The Machines managed to capture all or some of that essence and encase it in another Matrix to study it, maybe even duplicate it and use it for their own purposes.

Almost everyone in this new Matrix is a construct, a replication of data. Trinity isn't real but saved data meant to make you think that he's experiencing a deja vu moment but he isn't.

The Morpheus place holder is a creation of the Matrix meant to evoke a predetermined response that will have Neo comfortable in his existence so that he doesn't think to resist again. He doesn't have to learn anything or grow or get better. He already knows it all innately. He already knows Kung Fu.

The psychiatrist prescribes Blue Pills to keep him docile because if his code ever became reawakened, it couldn't be contained.

This new girl is some kind of hacker breaking the treaty. She's heard of Neo and has found him and stuff happens from there.

'Bleeding hearts' are going to hate this movie. That's another prediction.

You saying the Matrix, put Neo in a Matrixed Matrix?

It's honestly so dumb, I believe it.

Going by how silly and superficially deep (as deep as a turd that won't flush) the first 3 are a matrix within the matrix sounds about on par with the whole life is a computer simulation and we're all battery slaves for the machine... WHOA. Which worked in the first movie especially at the time and the given the prime demographic. In 1999 or whenever that was somewhat novel for a hollywood movie.

This is going to be dumb as fuck and have another added layer of stupidity disguised as depth so thin that you can see through it like a grease soaked fast food wrapper.

Plus they now have 20 more years of additional ideas and action scenes made by far more competent people to rip off.