Welcome to SOTM 02/22 everybody. We're checking out Batsugun Special this month.

- Much smaller hitbox than regular Batsugun
- You can (sometimes?) take two hits before dying

These two seemingly simple changes have a massive impact on the experience. There may be other changes from regular Batsugun, but these are the big ones. I've mentioned it before, but Batsugun Special is the game I recommend to people who want to get into shooting games, but who feel that the genre is too tough.

You can play this game the following ways:

- Saturn (be sure to pick Batsugun Special)
- Mame/ShmupArch (I'm happy to help you get ShmupArch set up on your PC if you need help. It's great)

Apparently prototype PCBs of this game exist, but it sounds like there are just a handful. If you happen to have one, let 'er rip.

Finally, Schneider, the character from Flying Shark was apparently frozen after that game, and is a selectable character in Batsugun: Also, I want to do some kind of raffle related to this month's SOTM. Like one entry per score post (no shenanigans), plus maybe additional entries for every loop you clear. Open to ideas on this.

Ajax said:
Apparently prototype PCBs of this game exist, but it sounds like there are just a handful. If you happen to have one, let 'er rip.
Click to expand...

You can also swap a regular Batsugun arcade PCB over to running Special by changing one socketed EPROM. I can program that EPROM for anyone that wants one.

I'll take one myself. I'll also take a Batsugun PCB, if you could just drop that into the box as well.

I wish I had a hundred PCBs on hand to give away to people. Alas! 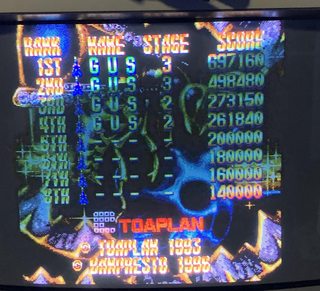 Hell yeah, I dropped a cred last night. I popped out to the menu so I could go grab my phone and my daughter jumped back in and had continued, haha. I'll try to get some time in later today though.

For those of us playing on a PC, which version of the rom are you using? Mine says it's a Korean version.

Ajax said:
For those of us playing on a PC, which version of the rom are you using? Mine says it's a Korean version.
Click to expand...

The warning screen says Europe for me.

Would you mind sending it to me, by chance?

Yep can do in a little bit. Colors are off, had tv on then rotated it but then it wouldn’t degauss…1st world probs 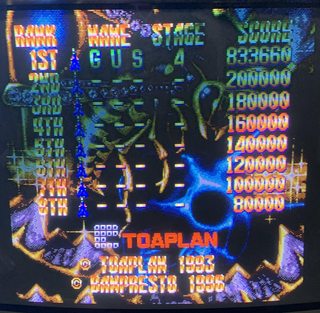 I booted up my Saturn last night to play via MODE, only to find out the rom I'm using has bad sound. Once I figure that out, I'll pop back in 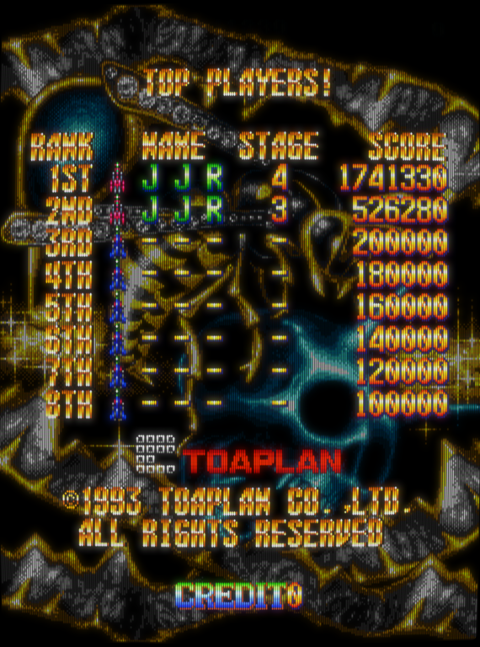 lol, glad I got my scores in early, I maybe tapped out already. You guys are too good.