Sonic Fighters,VF2 and Fighting Vipers coming to XBLA and PSN?!!!

I love Fighting Vipers. I hope it is the arcade!!!

It really is a shame how long it took SEGA to start taking advantage of its back catalog of fighters. You have to figure these could have been used in some way to promote Final Showdown.

Regardless, my brothers and I had wars in Virtua Fighter 2. It was the only game we had on our Saturn for a long while because we grew up really poor. I'm still surprised we even got the Saturn (it was the only present the three of us got Christmas '95). Great memories. I was always Jacky and my brothers were always Shun Di and Akira respectively.

There Can be Only One

Famicommander said:
It really is a shame how long it took SEGA to start taking advantage of its back catalog of
Click to expand...


I don't think you realize how broke SEGA is right now, they're in such bad shape that the only thing they could do was re-release games to build back up finances. Emulation is easy money with minimal work.

Well I will buy everything just about that they put on XBL/PSN as far as their arcade titles go.

Science will find a way!,

I will pick up Fighting Vipers for sure. I expect it to be a port of the Dreamcast release.
M

I just hope these are not Saturn ports...

Hopefully they are done like the fantastic Daytona port. I <3 VF2.

On this, also Revenge of Shinobi is a buck for you PSN folk for this week only
A

Fighting Viper?! Now THIS is what I've been waiting for. Now go on ahead release Fighters Megamix and Last Bronx while you're at it.

Raoul said:
On this, also Revenge of Shinobi is a buck for you PSN folk for this week only
Click to expand...

man sega has been beasting lately! if you have a steering wheel, playstation move gun setup and a arcade stick... no company had you covered like sega recently! I hope sega continues this trend and we get sega golden gun ported to the move, that game is like a crazy china theemed house of the dead sequel, I loved it when I tried it. Or perhaps even more important would be a virtua cop 3 port!

virtua fighter 5 FS was actually the first fighting game I ever bought DLC costumes for, I am still more or less against the concept, but I had no problem paying the extra to sega this time around since they have been making me real happy lately and apparently need the support.

I really need to pick up the Japanese version of Fighting Vipers now that I've got a Saturn. I just wanna use Pepsiman for shits and giggles. That'd be awesome if they could get the rights to use him again. I haven't played it since 99' when I played it in Disney World. For some reason they had the US version and the Japanese version in a few hotel game rooms. (I still have no idea why the one girl character is either Honey or Candy) VF2 I'm all in it for. If they can get the online to be as silky smooth as Final Showdown then it'll be amazing to play that with some high level players. And as Complexz said, I'd kill for a port of Virtua Cop 3. I really hope my local Dave and Busters didn't get rid of the cab they had. It was such a pain to find and whenever I did I'd credit feed the game to the end.

kidpanda said:
I bought Revenge of Shinobi for genny last week for 2 lol
Click to expand...

I wait for the day Sega releases Dreamcast titles with full online support. I want to play Outtrigger, Propeller Arena, and Alien Front Online so bad!

Enjoyed,VF2&FV allot on the saturn so thumbs up for sega if they do release it on PSN&XBAL.Still sega needs to get off there collective asses and release (Golden Axe The Revenge of Death Adder) for PSN&XBALA to while there at it.
Last edited: Oct 10, 2012


The day that happens this will happen across the world 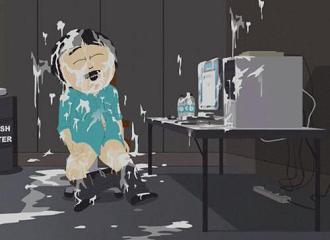 VF2 and Fighting Vipers on XBLA? SHUT UP AND TAKE MY MONEY!!

Raoul said:
The day that happens this will happen across the world


I am glad to know I'm not the only one who thinks that way. Honestly, I'm surprised it hasn't happened yet. At least people might finally see that the Saturn was a great console!

Cornerb0y said:
I am glad to know I'm not the only one who thinks that way. Honestly, I'm surprised it hasn't happened yet. At least people might finally see that the Saturn was a great console!
Click to expand...


I doubt anyone but saturn fans of yore would buy this. Just doubt the COD generation will care about 15 year old fighters

this shit is about to get GOT.

p.s. I have a guilty conscience. I had no clue what Sonic the Fighters was until now. I'd heard the name for years and never researched it for some odd reason. Now I know what It is and I'll be snatching it up just because.
Last edited: Oct 10, 2012

Will we finally get a perfect port of Virtua Fighter 2 for the home console? I'm excited.

What y'all know about that Virtua Fighter 2 soundtrack? 90s videogame music was untouchable