most recent Samurai Spirits came out in 2019 already.

A video giving a quick look of Shizumaru's specials, WFT and SSM.

The new stage is nice. Some thoughts on Shizumaru:

- His light and medium slashes are poor. May struggle against characters with strong pokes like Charlotte, TamTam and Jubei.

- Heavy slash has a slightly short range, but the speed and damage make up for it.

Crouch Heavy Slash is cancellable up to the 2nd hit. Great for low / overhead play

- He has plenty of solid tools: Projectile, DP, reflector, good throw follow ups, knockdown overhead, low Heavy slash, and possibly the best or second best SSM in the game (the other being Shiki's).

I always thought Shizumaru was a little girl. What is it with gender ambiguous characters and Japan?
Y

k'_127 said:
Some thoughts on Shizumaru:

- His light and medium slashes are poor. May struggle against characters with strong pokes like Charlotte, TamTam and Jubei.
Click to expand...

You sure about that?

I still think so lol. I doubt that would be practical in real matches, but let's see.

Btw, he also has an instant over-head jump attack that can be linked with combos (including WFT):

NeoCverA said:
I always thought Shizumaru was a little girl. What is it with gender ambiguous characters and Japan?
Click to expand...

Looks male, dressed male. The problem may be with you.

YeldellGW said:
You sure about that?
Click to expand...

I'd disagree as well, not so much because of the hitbox craziness in the vid as the fact that Shizumaru can cancel some normals that he has no business cancelling, like crouching A, standing D, and forward+D.

NeoCverA said:
I always thought Shizumaru was a little girl. What is it with gender ambiguous characters and Japan?
Click to expand...

there is a cultural history somewhere where certain men in ancient Japan preferred feminine looking boys to be their partners of some kind.
so some male homosexuals are said to find feminine boys to be more attractive it seems
https://en.m.wikipedia.org/wiki/Homosexuality_in_Japan

didn't some japanese men have their wife sleep in a separate room or something?
Japan has a weird history of chauvinism, sexism, misogyny, homosexuality, but also had some history of honoring/coveting/worshipping/praising/glorifying the female sex and even having empresses.
https://en.m.wikipedia.org/wiki/Empress_Suiko
https://en.m.wikipedia.org/wiki/Empress_regnant
some say confucianism besides buddism is partially at fault for corrupting and twisting japanese ideals and causing women to lose a lot of rights and respect. think things like buddism and confucianism also tainted Korean culture as well.

it is said that males are basically females that are modified with male sex role in order to provide females with the means to reproduce
https://www.theguardian.com/notesandqueries/query/0,5753,-7531,00.html
so even scientifically, humans are perceived of possessing both male and female traits, which humans can be attracted to based on their preference and perspective.
so perhaps Japanese homosexual males find the female aspects of feminine males to be attractive somehow. its really a complex subject because normally, society views humanity as two halves, and dont really look past the genitals and realize that humans of both sexes are more alike than they realize, with profound differences, but there is no such thing as a
"100% male" or "100% female" human sex. humans are more like 90/10 or 70/30 depending on their body's masculine and feminine levels.

notice how scientific, medicine and biological revelations have discovered that males and females can be altered to the opposite sex (at least to some extent) through simply hormone replacement therapy (especially if they start before puberty they can transition to the opposite sex and with SRS can practically pass for the opposite sex. just lacking reproductive capabilities and their skeleton being the most difficult to alter). It doesnt alter everything, but there is video evidence over the years that humans are not locked to a specific sex, and in fact are part male/masculine, part female/feminine. one sex just happens to be the active sex, while the other side of the human body is normally passive. but just like humans inherit genes from both male and female parents, they possess traits of both genders as well, their body is simply configured to a certain form, but how masculine and feminine their body is is based on multiple factors and can be altered. even heterosexual people are attracted to the opposite sex via an instinctive combination of traits of both masculine and feminine components that their object of interest possesses.

and the 'ideal balance' that someone is attracted to is based on personal preference.
so perhaps japanese male homosexuals that are attracted to feminine boys, prefer males because its the sex they can relate to, and prefer feminine appearance because their masculine side is naturally attracted to feminine traits, even though they culturally or psychologically have some sort of resentment, paranoia, distrust, or fear towards females, which then causes them to choose feminine males instead as their preferred ideal mate/object of interest.

on the flipside, there are females that also have a preference of feminine males instead of masculine ones. the perks and eye candy that is exclusive to feminine potential, can be attractive to both sexes. so some find that feminine beauty appealing regardless of the person's sex.

though anyways, those are examples and maybe some insight to why there is such fascination towards the genders, and one gender resembling the other.
humans are sexual beings, and like a coin, possess two sides. so naturally, one side of a human can be attracted to the other side or certain combination of a human, even if they are of the same sex.
it may sound strange, but humans are more complex and flexible than most societies care to see and just perceive things from a one dimensional perspective. they dont see that humans are a varied balance between feminine and masculine traits. though even that is just the surface to the complex factors of why certain people are attracted to certain types of people.
Last edited: Sep 17, 2019

There's no thread or topic that saner can't make worse.

“...their skeleton being the most difficult to alter...” did give me a chuckle, tho.

He said ‘most difficult.’ I think, he can do it. I think...saner is Dr. Science.

He has a Master’s Degree. IN SCIENCE!

Shizumaru Tutorial,Tech and Combos vid. Some interesting stuff; some I wasn't even aware of.

it is excellent they expanding the roster.

I see Saner's autism is as strong as ever.

The Woozy of Oz

Despite his obsession with Japan he still wouldn't travel there because they might feel uncomfortable seeing a foreigner lol.

Also I think he just called you a fag NeoCverA 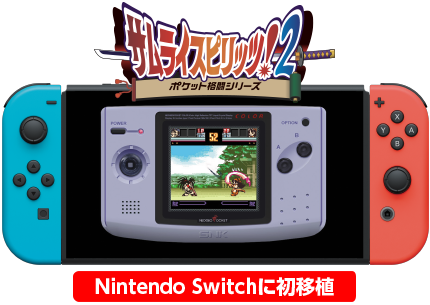 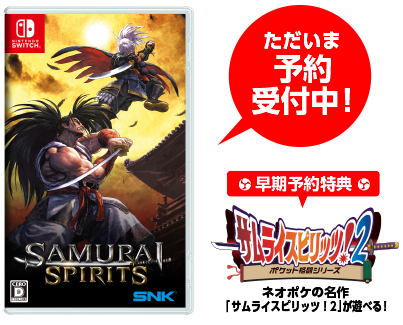 I hope the US release contains that as well!

Im hoping Basara is as fun and interesting to play as Shizumaru is. Got a tournament this weekend with a $500 bonus im trying to win.

Buffing Wu and Rimururu makes sense but I'm not sure why the ninjas are getting buffed. They are plenty strong already.

Edit: Though, I wonder if a faster rush dog is in fact a buff. A lot of Galford's setups rely on getting to a location right after a slow-starting B or C rush dog.
Last edited: Oct 11, 2019

Wu's buffs are barely useful, despite the long list. The only notable ones are the faster far B and crouch C IMO.