More Cave on the Smitch

Copped Mushihimesama. Hope they do physical releases at some point.

I'm surprised that they didn't go for Futari.

Digmac said:
I'm surprised that they didn't go for Futari.
Click to expand...

Ajax said:
Copped Mushihimesama. Hope they do physical releases at some point.
Click to expand...

LMK what you think. I'll get it either way, but I'm assuming it won't be quite up to the 360 version.

I've only given it a shot in handheld mode, and the screen options were really dumb. I admittedly didn't spend too much time with it, but I didn't see a way to make the actual play screen fit to the height of the Switch screen, which makes zero sense to me.

Also should qualify that I've only ever dropped a few ¥100 coins into Mushihimesama in my life. This is among the Cave games that I'm least familiar with. The actual game seems to run very well, but the last time I played it on original hardware was over a decade ago.

The warning text when the game boots up is pretty funny though. They changed it to say something like, "this game is for use by people on Earth." Nice touch.

Flip grip? Like rotating the screen and holding the Switch sideways? If so, yes

Ajax said:
I didn't see a way to make the actual play screen fit to the height of the Switch screen, which makes zero sense to me.
Click to expand...

You honestly expected them to totally redo the game for "widescreen vert"?

Reread what I posted

Ajax said:
Flip grip? Like rotating the screen and holding the Switch sideways? If so, yes
Click to expand...

Damn, looks like it's sold out everywhere. Would love to get one though!

Ajax said:
Damn, looks like it's sold out everywhere. Would love to get one though!
Click to expand...

Dropped a few more credits on this last night, and have got a few more thoughts.

I've been playing a fair amount of Battle Garegga, Esprade, and Mahou Daisaukusen on PS4 over the last month or so (Garegga for a few years here and there). The amount of care and heart put into the Shot Triggers releases is unreal. For a shooting game fan, the Shot Triggers releases are like an actual dream. The amount of customization possible is kinda overwhelming at times, but ultimately makes for the most fulfilling experience.

By contrast, this Mushihimesama release feels really bare bones, I'm sorry to say. You can rotate the screen, but I don't see a way to actually change the size of the screen. In other words, you can rotate the screen to play vertically, but the actual play screen is still the same size as it is by default. In that case, what's the point of even including that functionality? I'm still enjoying it a quite a bit, and this is far and away the most I've ever played the game, but every other STG released on modern consoles seems to have a full size vertical option (even games on PS1 and Saturn offer this), and I don't get why they didn't include that here.

Ultimately, the best way to play this particular release is on a big ass TV and a stick. I can't imagine playing this seriously in handheld mode really at all, but I guess that kinda goes without saying.

You can zoom the screen.

Does that mean you figured it out? I don't even have the game and I seem to know how these things tend to work.
A somewhat annoying trend is to have MULTIPLE screen options menus, one for basic adjustments and another menu to control all the other nitty-gritty specific things like zoom X/Y, 5 millions scanline choices, etc.

I heard these ports are based on the Steam Degica releases which are quite decent, but not on the level of M2 $30-40 widgets up the ass level.

Personally, they are probably going to have to offer more than the 360 releases to get me to bite as $20-25 a game... bleh unless I decide to support them just in hopes of a DDP, Galuda1, or better Guwange port than the 360 got.

Do these suffer the same lag issues that hurt the psikyo collections?

Pancho Villa is my Direct Ancestor,

The game plays really well. Lag is supposedly 3-4 frames, which is almost on par with the xbox360 version. I don’t agree that this version is barebone, the screen options are sufficient, everything is possible, rotate, zoom, etc. and they added version 1.5 and the arranged mode as well, which are both great.

It’s surprising that this came out of nowhere and plays this well. Many of the hyped (and newer) shmups on the switch have 6-7 frames of lag, which is really too much and negatively impacts gameplay.

People say that there are some ex Cave developers working in the team that provided this port. With more to come and a great first release, this is very promising ! 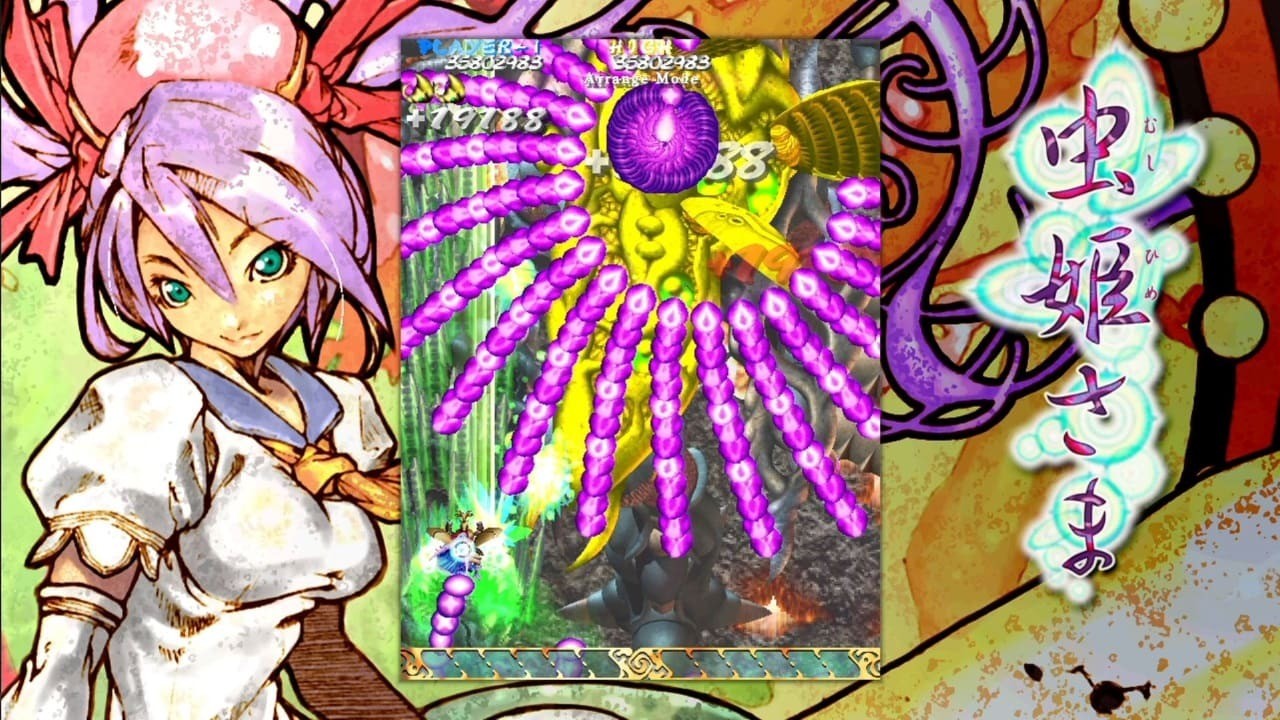 Update: And it's back!

Espgaluda II for september in Japan 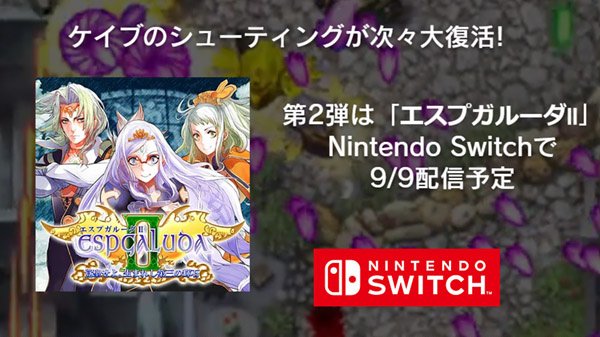 Now, crossing fingers for a physical version outside of Japan

Raph4 said:
Now, crossing fingers for a physical version outside of Japan
Click to expand...