Hey guys, first off thanks for letting me in here...

In this thread I want to keep you updated a bit about my little attempt to port a SHMUP I created to the Neo Geo..

This is a little scroll through a level, which I am converting over at the moment.

I have no idea yet if I will finish this, but it's a lot of fun at the moment..

The art feels like a mixture of R-Type and Syd Mead's Terraforming, nice work! What's the original game?

Thanks for the kind words, mate...
The original game is also called Inviyya, which I coded for the Amiga 1000/500 and was released this year as a digital download and various boxed editions. 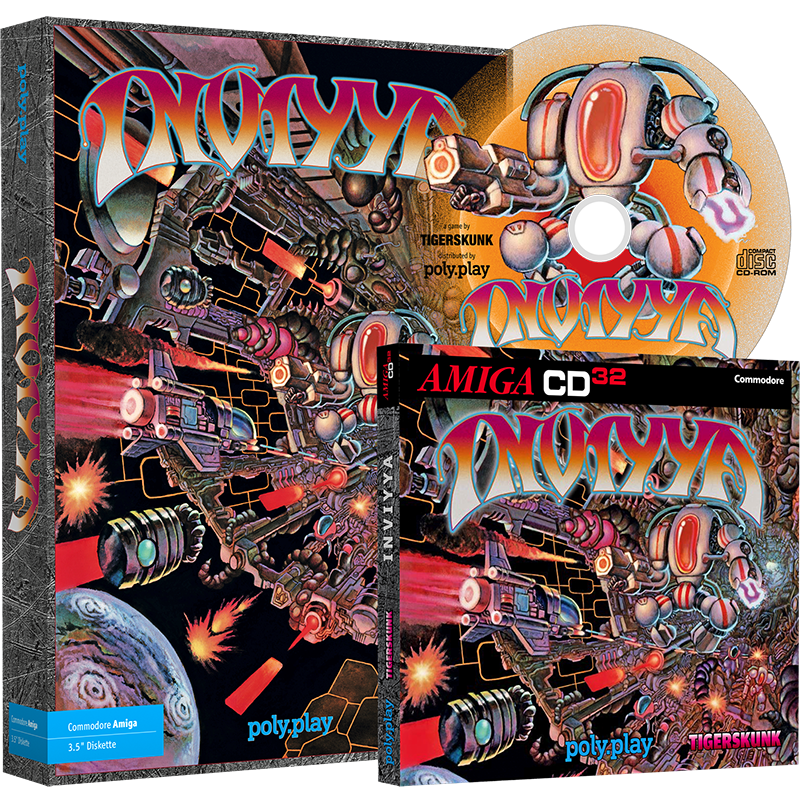 I am reworking all its graphics, though.

And yes, it's definitely R-Type inspired, which is one of my favorite games ever along with it's children and grandchildren like R-Type 3, Last Resort and Pulstar.

The Neo Geo has always been one of my favorite systems, so I am kind of trying out if this could work, quality wise. I don't want to put some lame shit unto there..

Yeah been following this one on Facebook, its looking great!

Every time this gets bumped I think of...

This looks like a cool game! anyways how do I actually make and create a homebrew title?? like I know there is some appeal with games like xeno-crisis but how do I create a game on the Neo-Geo?

NeoGeoFreak2004 said:
This looks like a cool game! anyways how do I actually make and create a homebrew title?? like I know there is some appeal with games like xeno-crisis but how do I create a game on the Neo-Geo?
Click to expand...

What comes to mind when you read the word 'interrupt'? This will decide your fate Game looks nice! also is there going to be a Neo-Geo CD Version soon?

Note this is heavy w.i.p. and just a little peek into the engine running now. GFX will still change a lot, background collissions are off, glitches are still seen, etc..

A Neo Geo CD version might happen. No idea yet really how this will be distributed if it ever gets finished. Would be nice to get AES. MVS and CD done, but really, I don't know for sure at the moment.

I cant wait for this. I really hope you manage to get a cartridge release as well as digital download

Little update on the game..
Still unoptimized, so expect screen tearing, a few slowdowns and glitches.