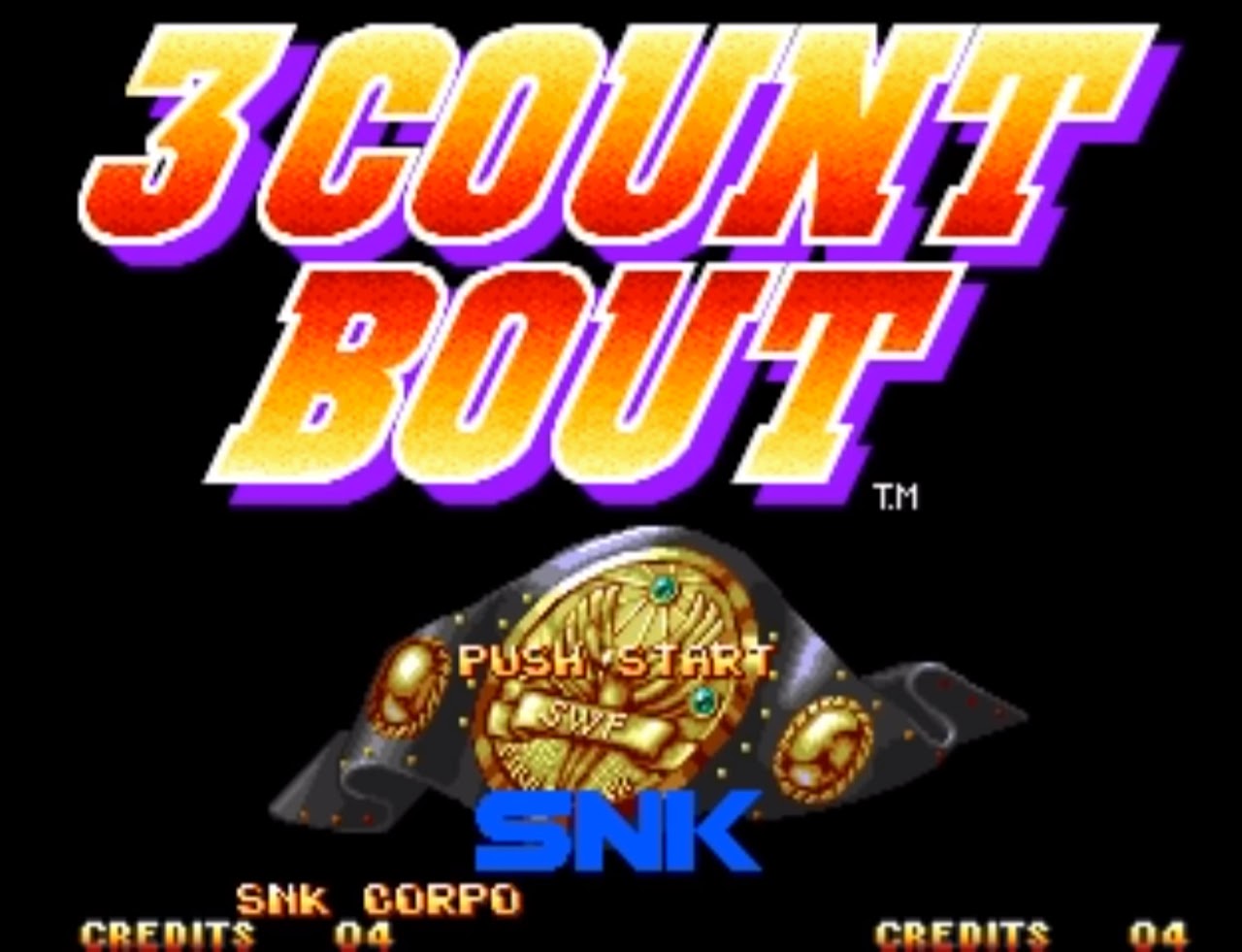 The only dedicated pro-wrestling game on the Neo-Geo, 3-Count-Bout is an absolute mess with weird characters, complicated controls, and the worst/hardest AI of any Neo-Geo game. I won't mince words, unless you're going after a complete collection, don't waste your money.​

Hot on the heels of Capcom's 1993 wrestling hit Saturday Night Slam Masters, SNK released their first dedicated wrestling game on their Neo-Geo, 3 Count Bout (or Fire Suplex in Japan). 3 Count Bout was critically well received when it was released, and garnered enough initial popularity to be the tenth most popular arcade game in Japan that year according to Japanese publication Game Machine. Despite a warm reception upon release, though, 3 Count Bout has gone on to be one of the least revered games in the Neo-Geo library with many long-time fans decrying it was their least favorite game - even coming in under complete stinkers like The Legend of Success Joe and Power Spike 2. I don't have many nice things to say about this game either, so let's get this over with.

Wrestling characters are always a raucous bunch with lavish costumes, silly names, and what used to be borderline offensive tropes of various nationalities or people. It's like a drag soap-opera made specifically for a heterosexual male demo. SNK leans heavy into these stereotypes for each of the characters. There are 10 wrestlers to choose from, each with their own signature entrance, style, and move set. I'm not familiar enough with the world of pro wrestling to say if these characters resemble or rip-off popular wrestlers of the day, but I've heard other say as much. 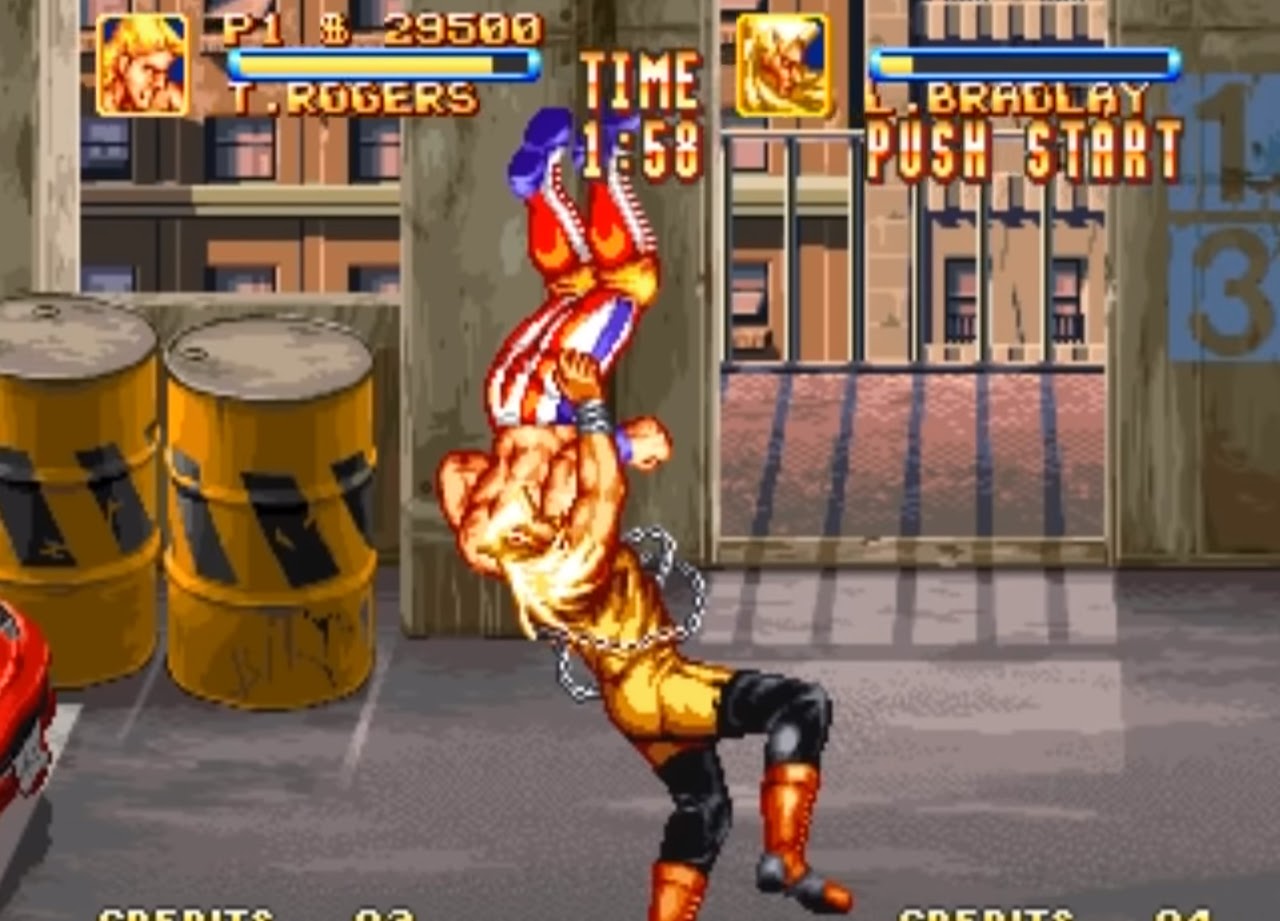 ​
The general gameplay cadence is what you'd expect from a wrestling game; you move around an arena getting close enough to your opponent to either hit them or grab them. You can also perform other wrestling tropes like bouncing off the sides of stage ropes, throwing your opponent in to the ropes to bounce them off, etc. Once you are in a grapple state you can perform your wrestler's signature hold moves. Because I've only played the game against the AI, I never have had a chance to get any of the special moves or grapples out even after reading a few FAQs online. If another player grapples you it becomes a button mashing fest to see if you can break free or reverse whatever your opponent did. That said, if you're familiar with wrestling games, you may faire better than I at figuring out not only what you should do in the moment, but also overcome the ridiculously unfair AI algorithm.

As you move through the game in single player mode there are a few alleyway stages apart from arena events you can partake in. These street fights don't bring much new to the table rather than extra items to pick up scattered around the arena you can use to whack your opponent with. It all just feels very bland.

Graphics are fine, with big, detailed sprite work. Sadly, the animation is quite choppy due to the number of characters and their intricate move sets on a 102 meg cartridge. A little extra memory or smaller sprites with more animation would have gone a long way in making the game more appealing. As it stands, the game does not hold up as well as other Neo-Geo releases from 1993 like Samurai Shodown and Fatal Fury Special. Music and sound effects are also just fine - nothing special to mention.

As you can tell, I’m not a fan of this game at all. It just feels like a big pile of missed opportunities and does not at all capture the brilliance SNK was known for by 1993. Releasing so close to Capcom's Saturday Night Slam Masters, 3 Count Bout feels especially bad in the shadow of that game's approachability and finesse.

I honestly cannot recommend this game at all - to die hard fans or even if you're building a complete AES or MVS collection. If you must have it, though, a complete AES copy will set you back around $120 with an MVS version being a bit less. It's also available on Neo CD or Hamsters Arcade Archives series for $8. I recommend trying this game via some sort of emulation prior to spending even $1 on it to make sure it is something you will play. For everyone else, though, 3 Count Bout is a hard pass.