Neo Geo Hyper 64 was a failed attempt by SNK to create a 64-bit arcade system to follow the immense success of the Neo Geo MVS. It also used a similar interchangeable-cart system. Few games were made.

The arcade system was released in September of 1997, featuring a custom 64-bit RISC processor, 4 megabytes of program memory, 64 megabytes of 3D and texture memory, and 128 megabytes of memory for 2D characters and backgrounds. The first title released for the system was Road's Edge, with Samurai Shodown 64 and Fatal Fury: Wild Ambition following soon after. Although all three games looked good, none were particularly well received: hardcore SNK fans preferred the 2D versions of Samurai Shodown and Fatal Fury and newcomers were seldom interested at all.

By 1999, the system was dead, with only seven games released in total and only one, Fatal Fury: Wild Ambition was ported to another system: the PlayStation, with severely hampered graphics that failed to do justice to the arcade original.

The Hyper Neo Geo 64 will only backup the memory for the current game inserted. Once you change games the memory is cleared and previous data is wiped clean.

The fighting game board has 2 revisions. The first revision looks to be JAMMA but is not true JAMMA as the sound does not come from the JAMMA edge but from an AMP connector mounted on the front of the board which is controlled by a potentiometer. There is a modification available to get mono sound off the JAMMA edge which involves removing a jumper and setting another. There is also a mysterious extra +5v connector that is supposed to be connected to the back of the board to "prolong" the life of the board per SNK. It is still unconfirmed if having the extra +5v connector connected actually does increase the boards life. Some say it is to divert the heat of the high amps going through the JAMMA edge.

The 2nd board revision is true JAMMA and also has a switch to select between JAMMA output as well as MVS output which has stereo sound.

Revision 2 on the left and Revision 1 on the right: 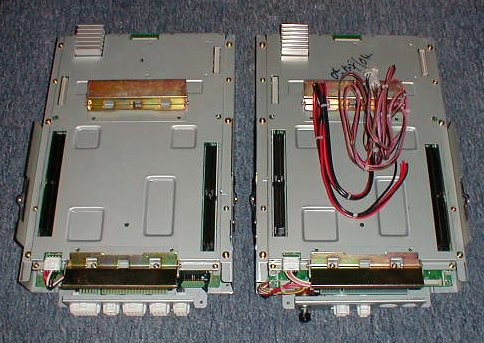 How to Jammafy the Rev 1 Fighting Board 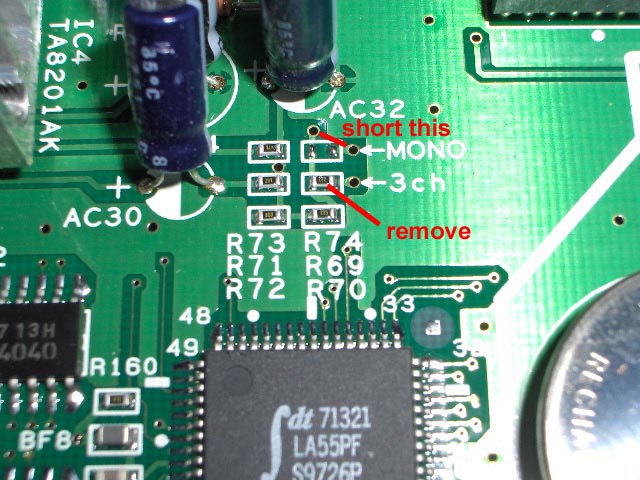 Removing the 3ch resistor and short the MONO connection. I took a piece of a resistors long leg and stuck it in the holes. Fit snug and its easy to remove if you ever change your mind. If you do change your mind, just short the 3ch space and its back to normal.

Now, I dont know the long term effect of this, I just did it this afternoon. I seriously doubt any damage would occur to your board, game or cab. That is, as long as you can remove the resistor without jacking up your hyper board. But do it at your own risk.

The one flaw is you cant adjust the volume level. BUT the volume it does give out is just right for me on my Candy. Not too loud and not too soft. Two flaws if you consider you are losing stereo sound. If you are connecting it to a pure jamma cab, then its mono to begin with. 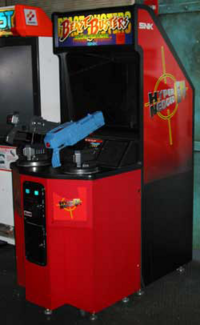 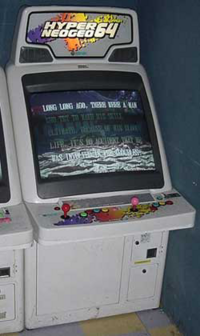 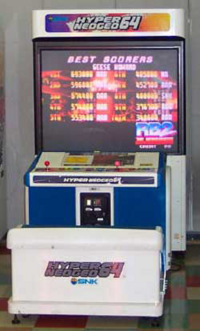 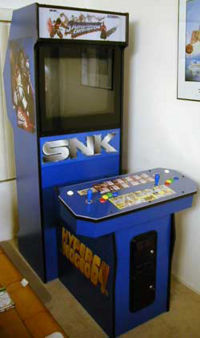 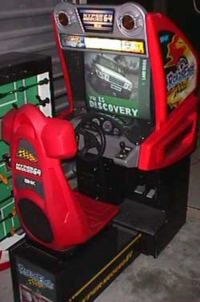