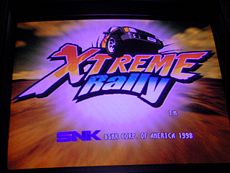 A 3-D driving game where the player drives both on & off the road. The modes in this game are Trial Mode & Championship Mode. The tracks are from around the world, and they include the streets of Asia, the rough terrain of South America, the atmosphere of Europe, and more. The races in this game take place on roads with oncoming traffic, and the races are round trips. This means that if there was a ramp that the player did a jump from on the first trip, it may not be there on the return trip. One of the unique qualities of this game is that the player can take his own route to the checkered flag instead of following the set route if he wants. There are 4 types of autos & 8 models of cars for the player to choose from, along with the choice of automatic or manual transmission and the color of the car. There are also hidden tracks & secret vehicles that can be revealed by certain ways. This is the third title to use the Hyper Neo-Geo 64 hardware system. This seems to be the sequel of Road's Edge. 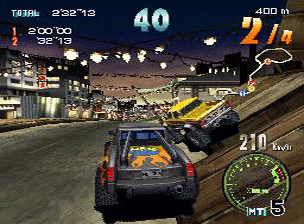 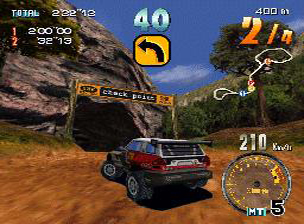 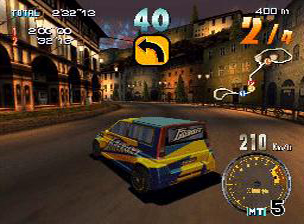 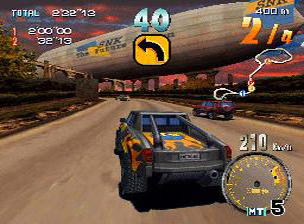