This has been one of my passions since I was very, very little, and lately I've started doin' some game-related stuff... so I feel it's appropriate to post in the Neo forums (I don't think you wanna see my Rumiko Takahashi drawings)

I've also created some pixel art in the past, and I've been rediscovering my love for that particular technique.
These are mostly based on existing art. Sorry for the bad photos, I usually take them as reference, so I didn't do a proper scan. 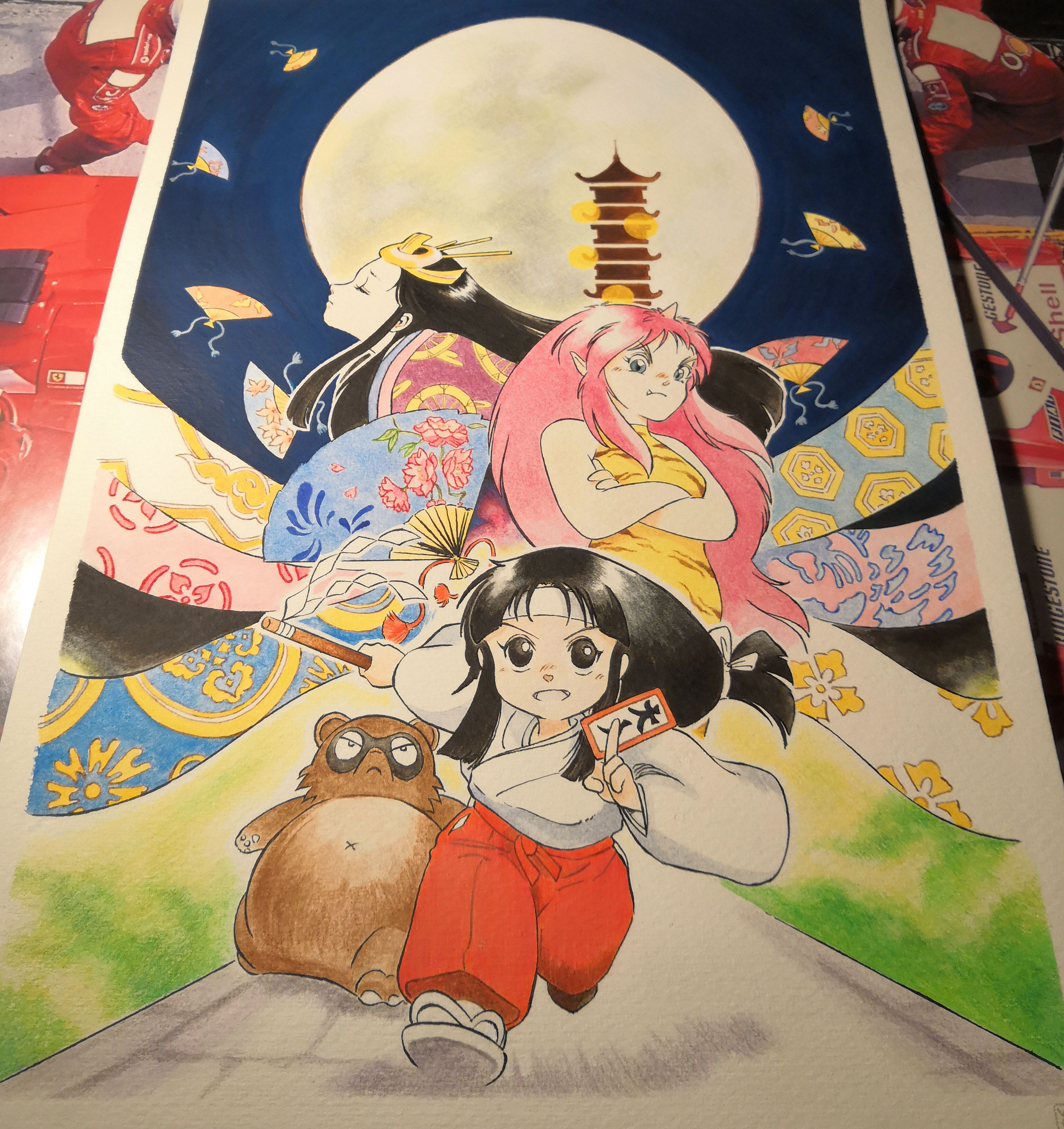 A couple of small gift "postcards" for collector friends: starting from the original pixel art, turned into ink+watercolour drawing. 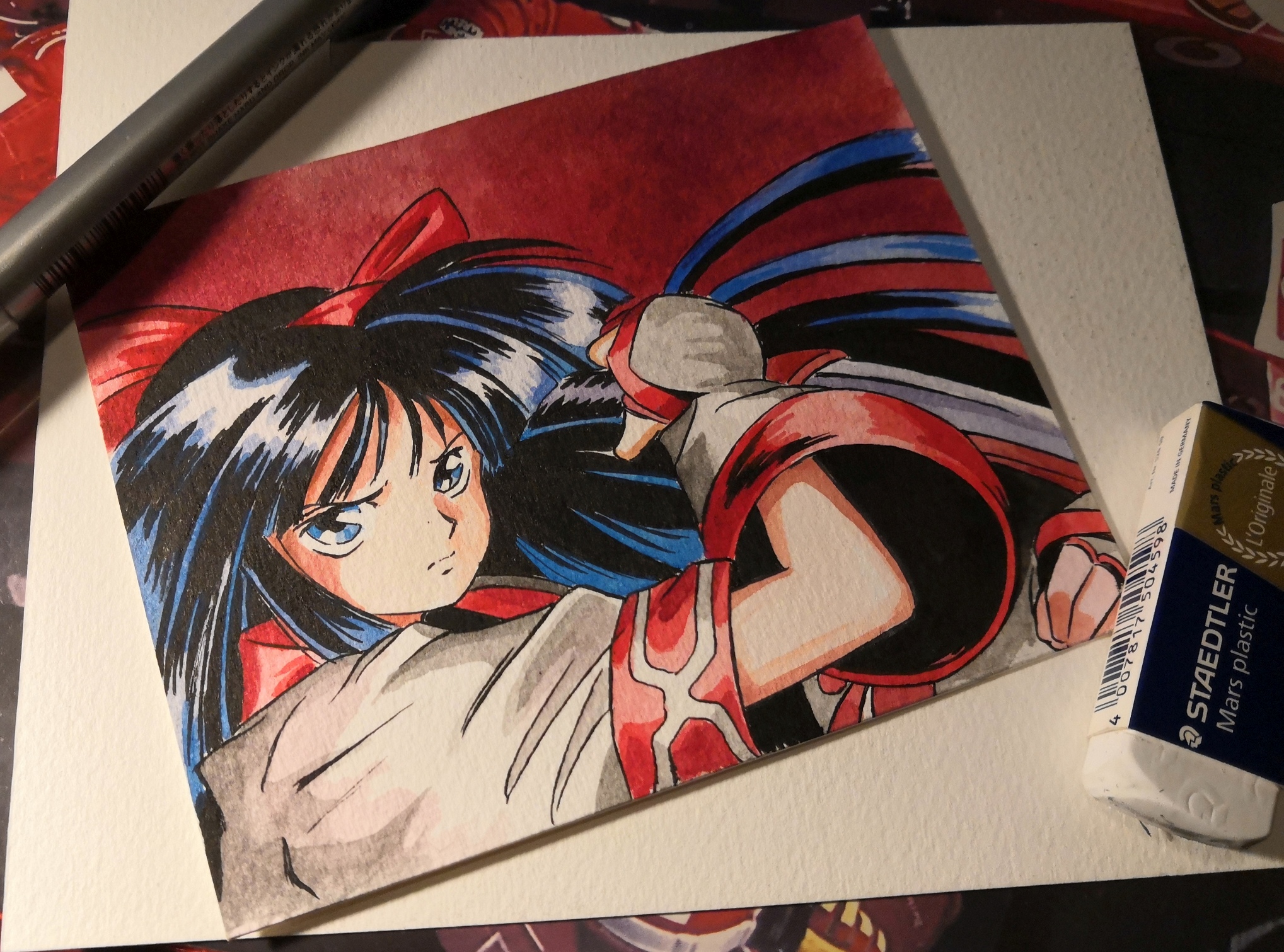 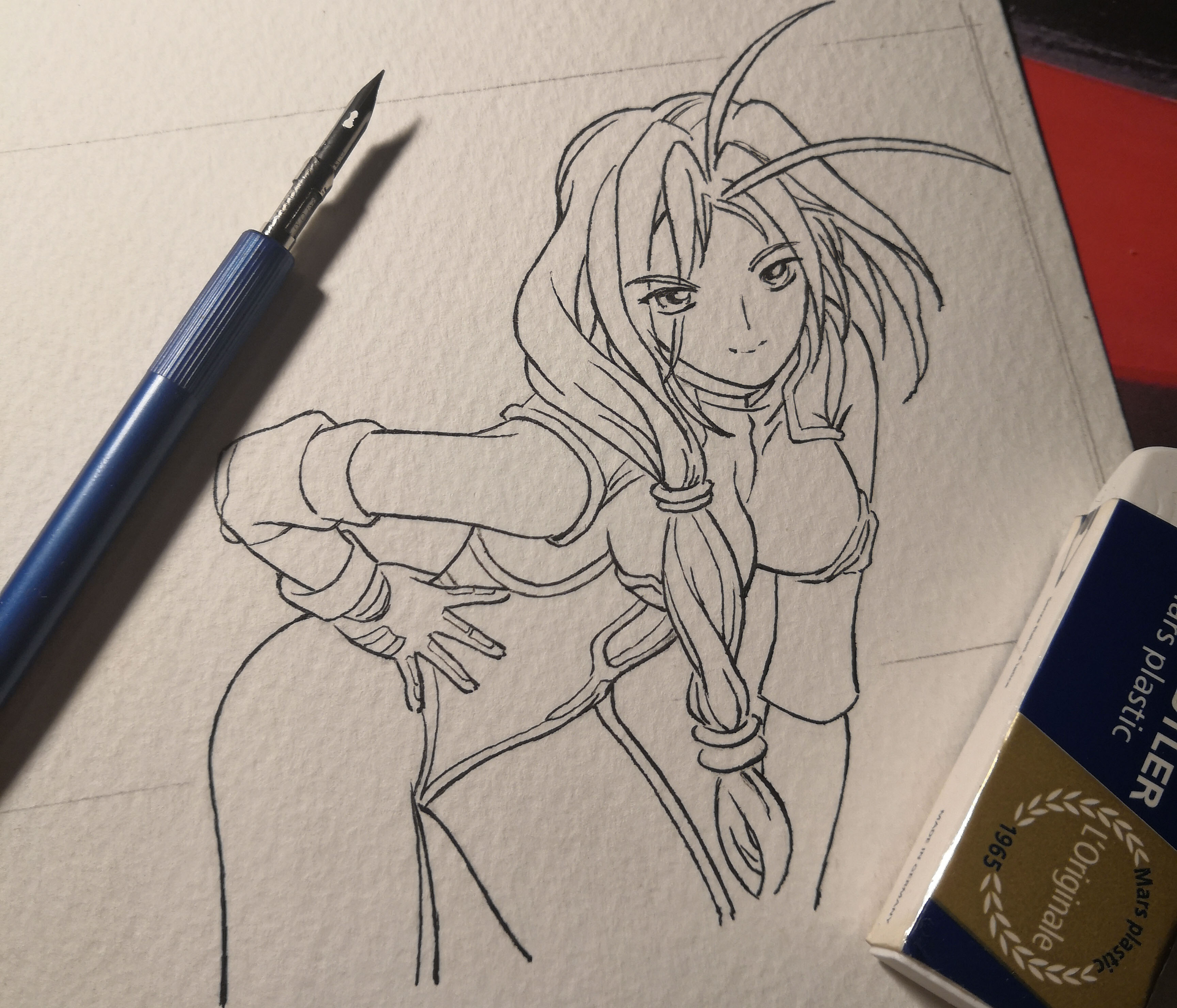 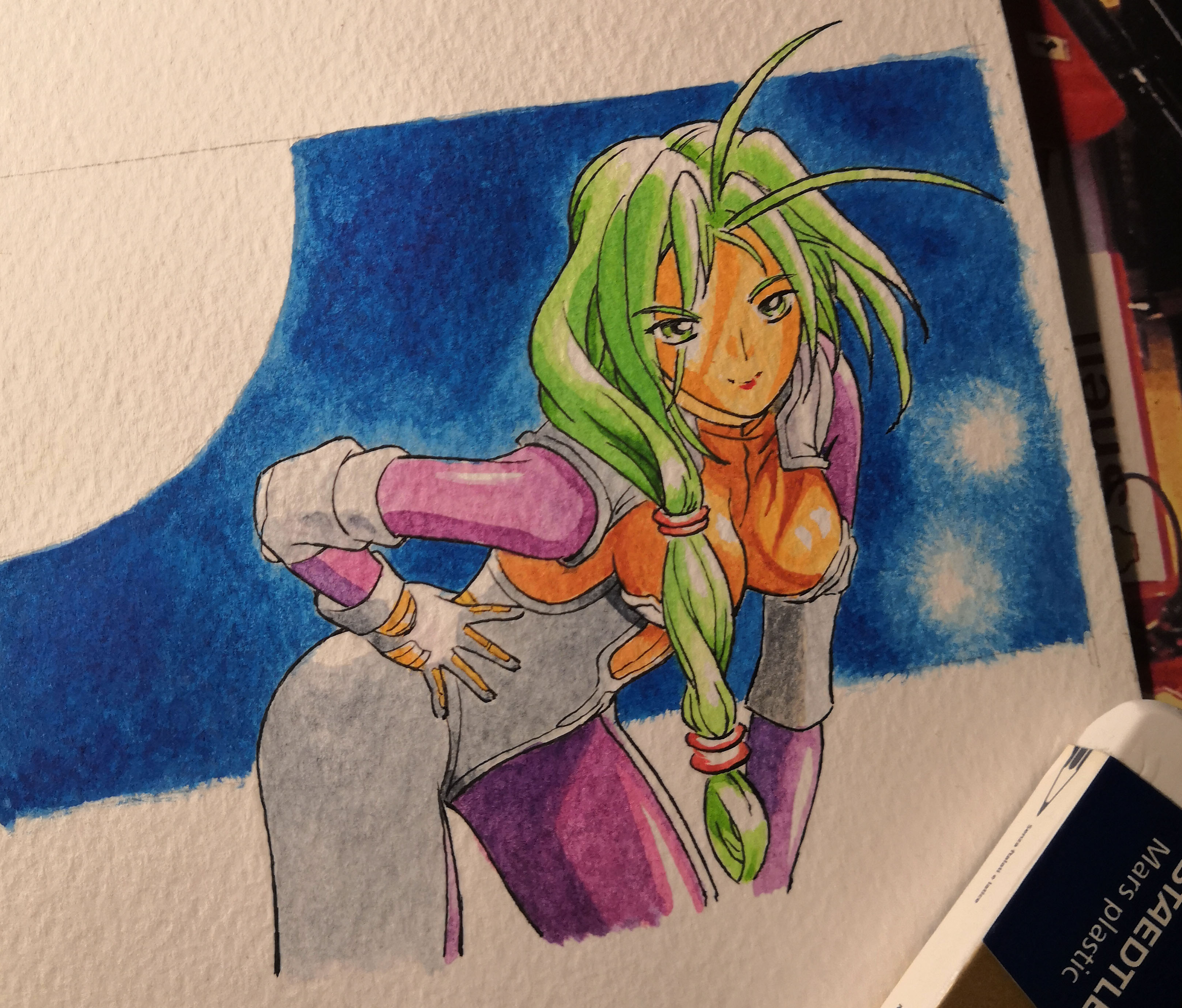 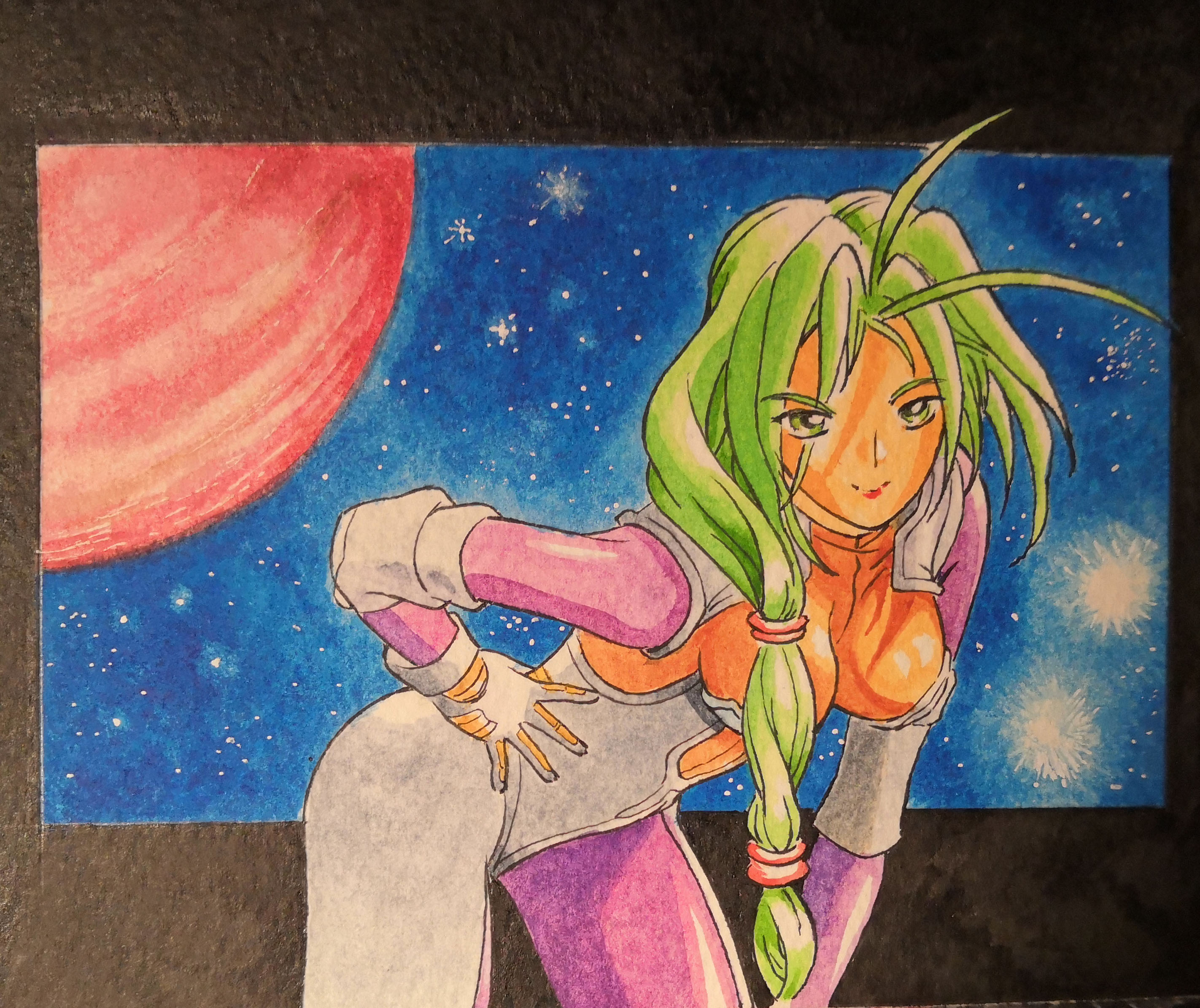 Another Nakoruru, an ink-only rendition of a famous SNK illustration. 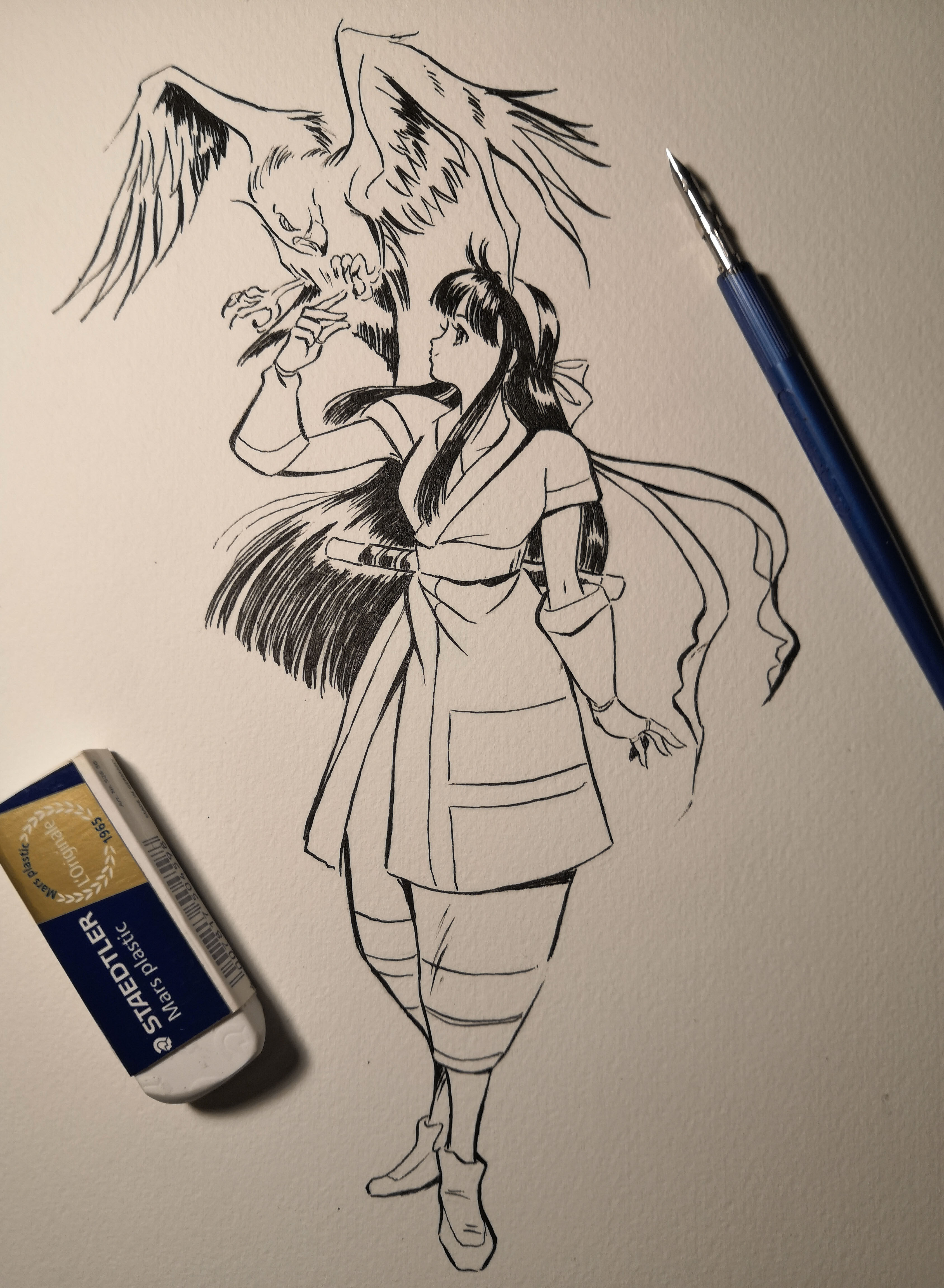 New pixel art for a character portrait in the Eye of Thyphoon Neo homebrew... with a little luck, it'll be in the final game. 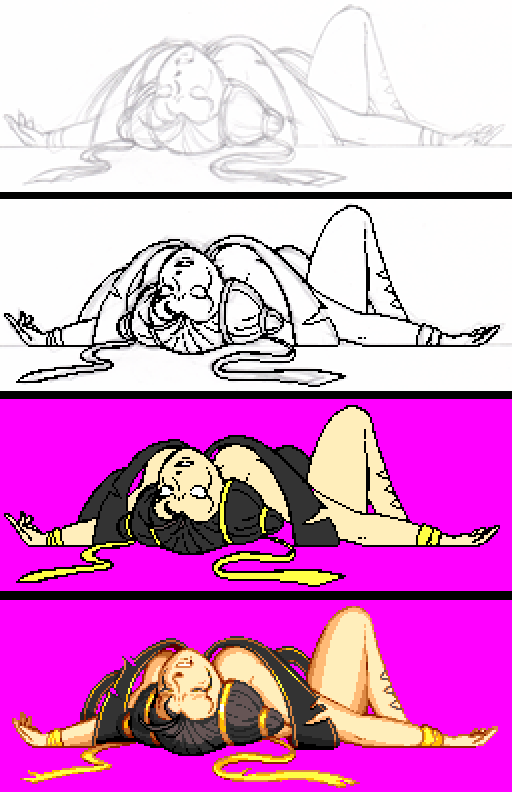 I like your art, too (some really neat stuff in this section, I feel bad I've never commented other people's works... but I'll get to it)

Wow, nice stuff. I'm so bad at lining and don't really know how to improve.

fake said:
Wow, nice stuff. I'm so bad at lining and don't really know how to improve.
Click to expand...

Thanks! Well, I've seen your acrylic paintings and they're really nice.

Edit: If you're interested in trying ink brushes or ink pens, I can give you some basic advice!

Catoblepa said:
Thanks! Well, I've seen your acrylic paintings and they're really nice.

Edit: If you're interested in trying ink brushes or ink pens, I can give you some basic advice!

Thank you!
Sure - I've only used fine liners and the Pentel Pocket, so if you have any pointers on how to get started, that would be helpful.

fake said:
Thank you!
Sure - I've only used fine liners and the Pentel Pocket, so if you have any pointers on how to get started, that would be helpful.
Click to expand...

Sorry for the late reply! Well, I've used very fine brushes, but my favorite inking instrument is a pen nib (don't know if I should say pen nib + pen holder, in italian it's just "pennino")

I always use india ink; and the wonderful thing about india ink is that you can paint over it with watercolours once it's reasonably dry - and it'll be completely water-resistant.

I've been working on some missing pixel art for The Eye of Typhoon's NeoGeo project by Ozzy and Johnny... and that got me in the mood to work on some real TEOT drawing. The game's got some interesting characters, with a much, much better design than its predecessor, Fight Fever. Here's a rough pencil draft for Sauri, the game's kunoichi, loosely based on her winning pose, waitin' for the ink+watercolour treatment. 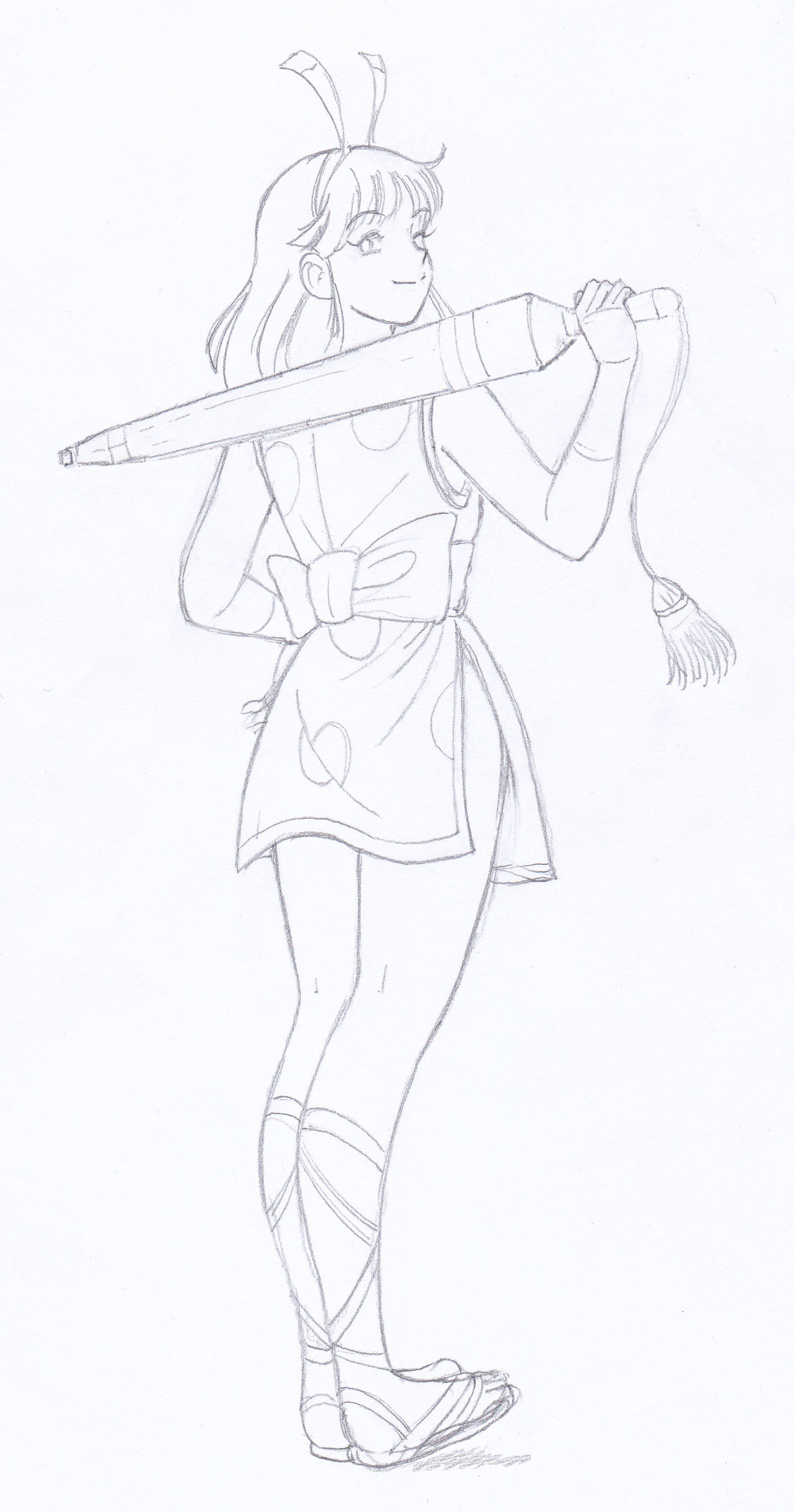 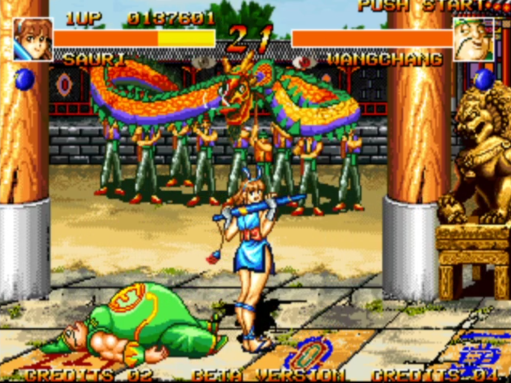 This is not exactly "art", but since it's a bit "creative", I think it belongs here.

I never liked keeping flyers, mini marquees and move strips hidden in the original MVS boxes: I love to look at this stuff from time to time, just like browsing an art book. So I've decided to use ring binders with clear plastic sleeves, that perfectly fit the original flyer A5 format. I've found these white binders that let you use your own custom insert for the front and the spine, almost like a softbox, and I've created some simple artwork, inspired by the Windjammers logo. You can fit more than 100 flyers in one of these things, two flyers back to back for each sleeve (well, the third binder is only filled with the instruction cards

). They look a bit cheesy, but not too out of place, in my opinion... and they're also very practical.

Anyway, just in case you're interested in doing the same thing, here's a Google Drive link to my original hi-res PNG files, with correct printing measures (in centimetres, of course): 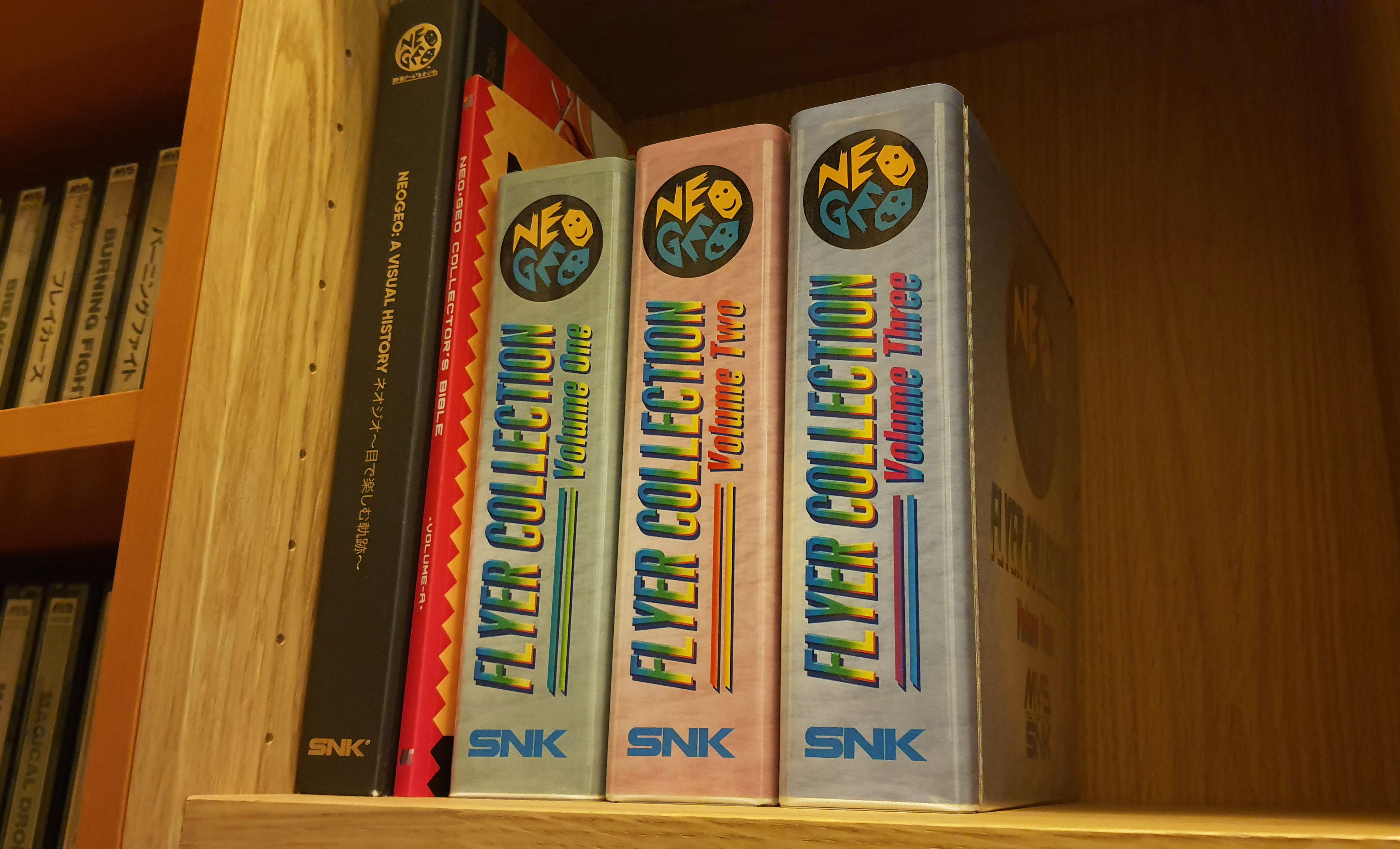 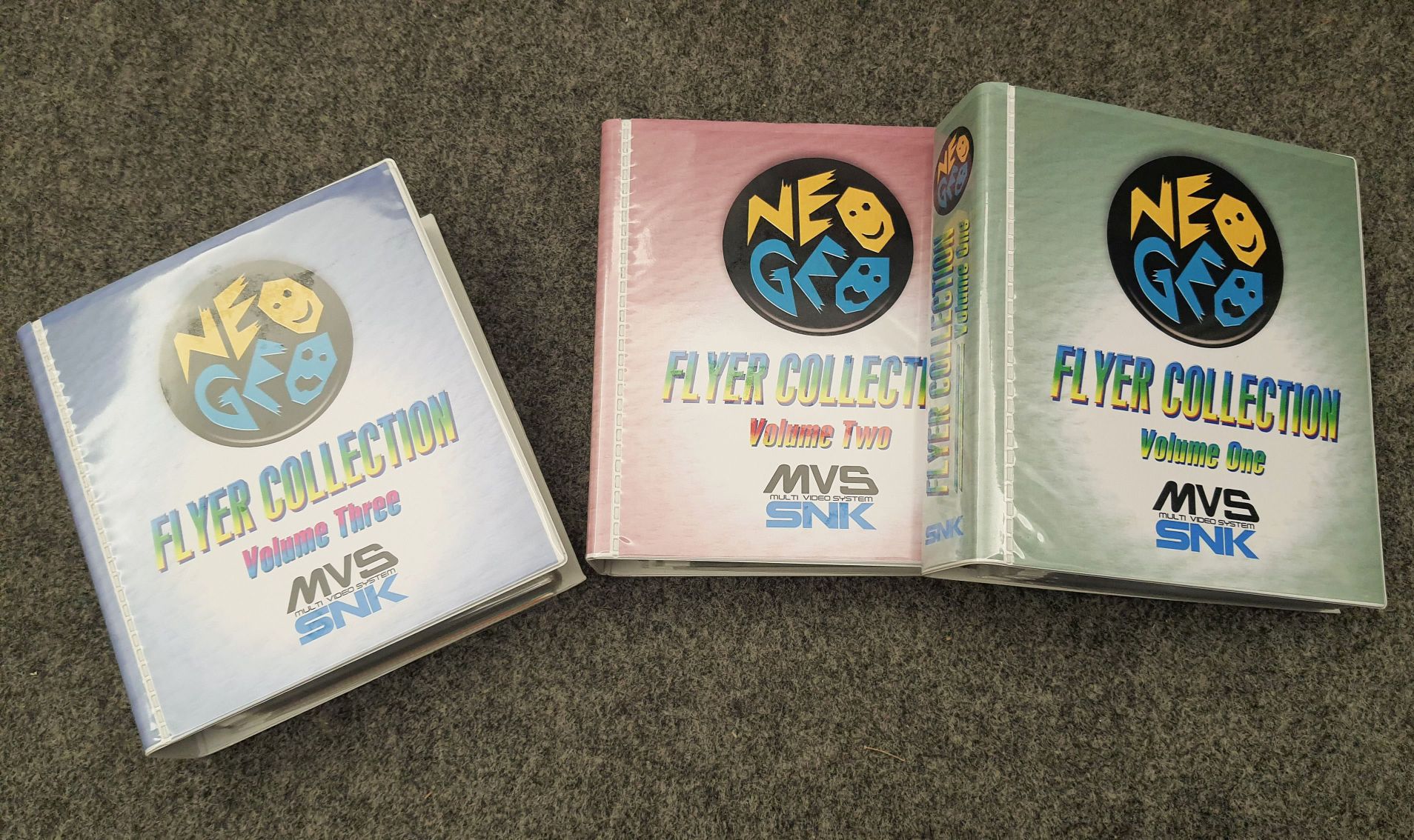 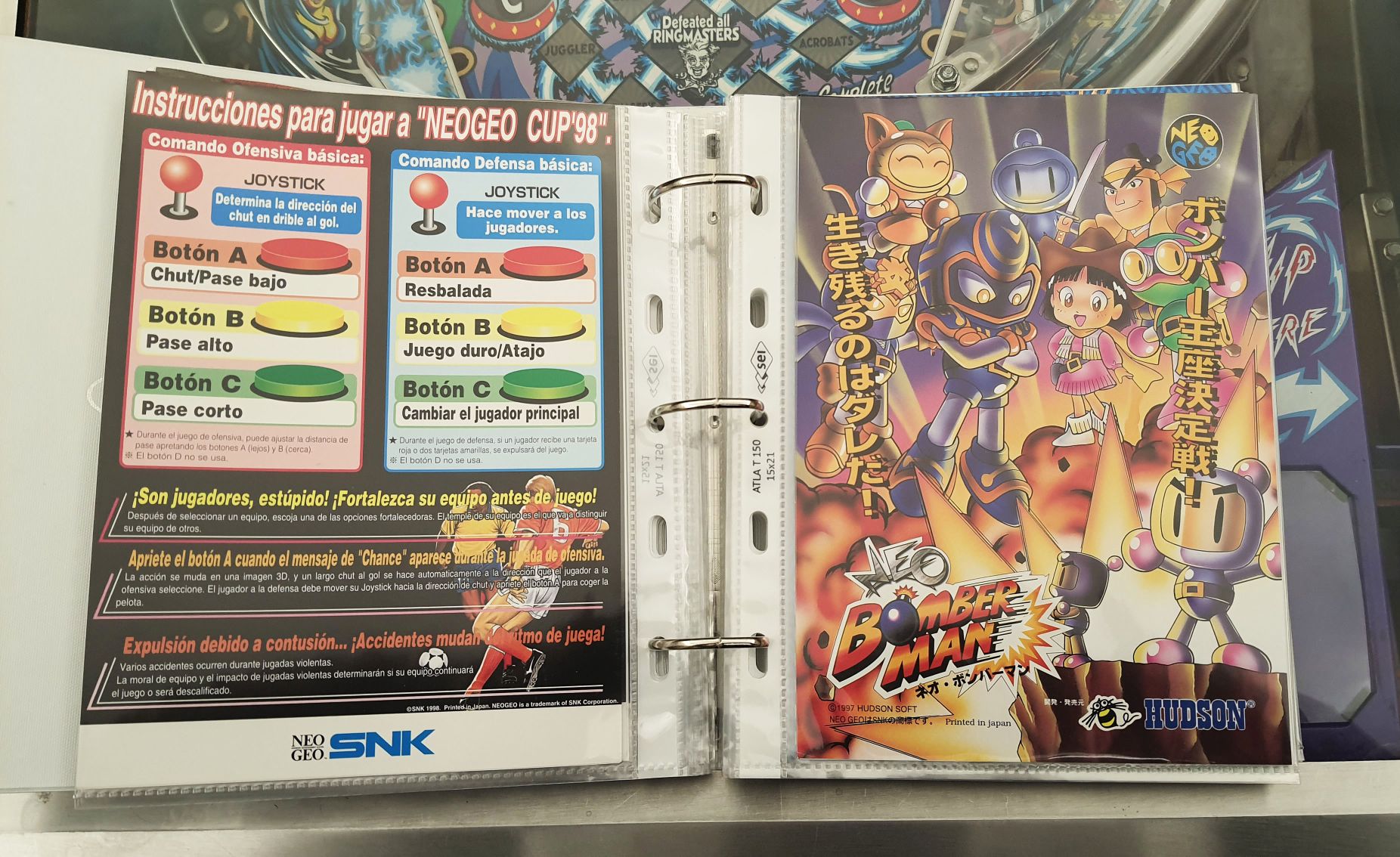 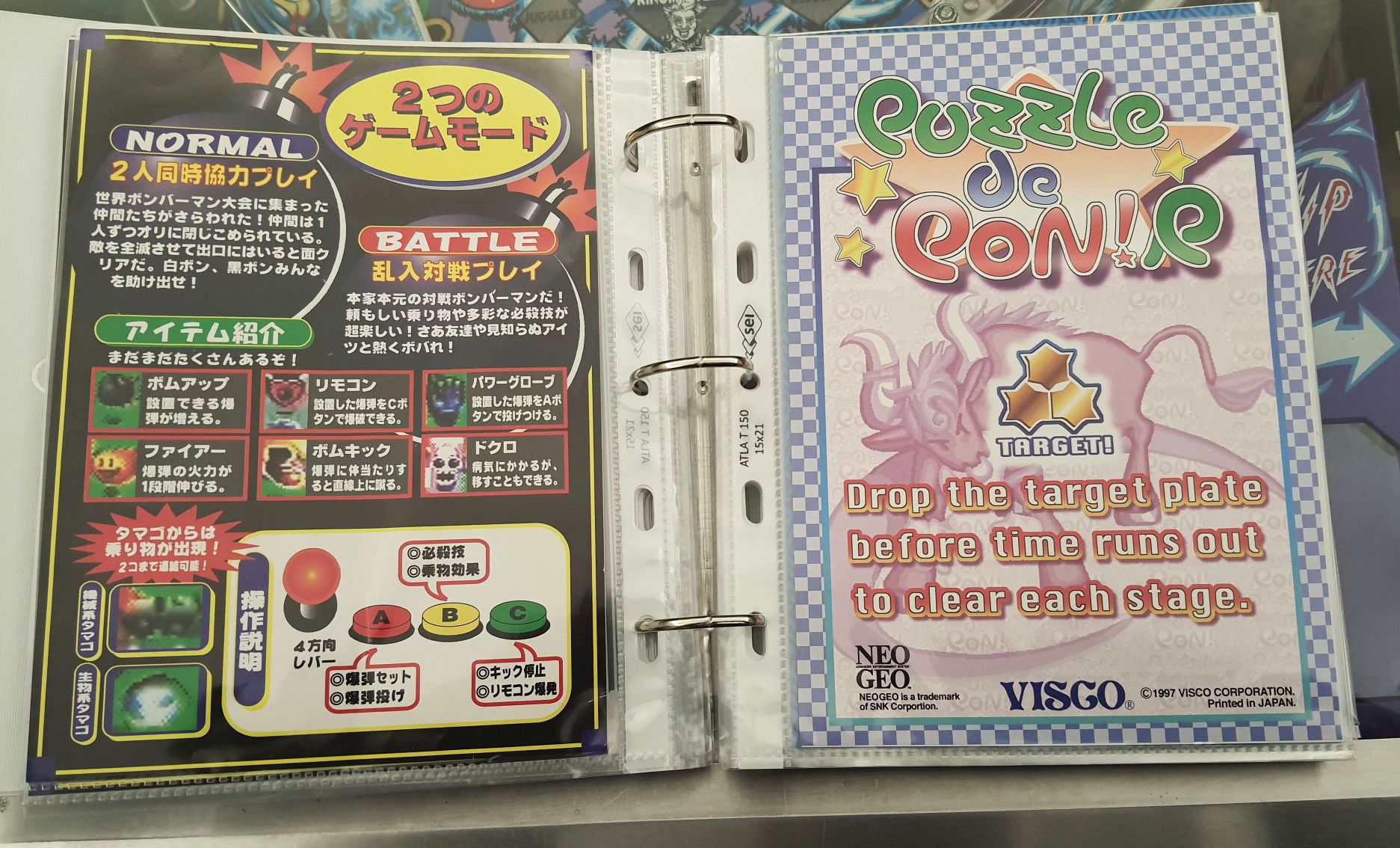 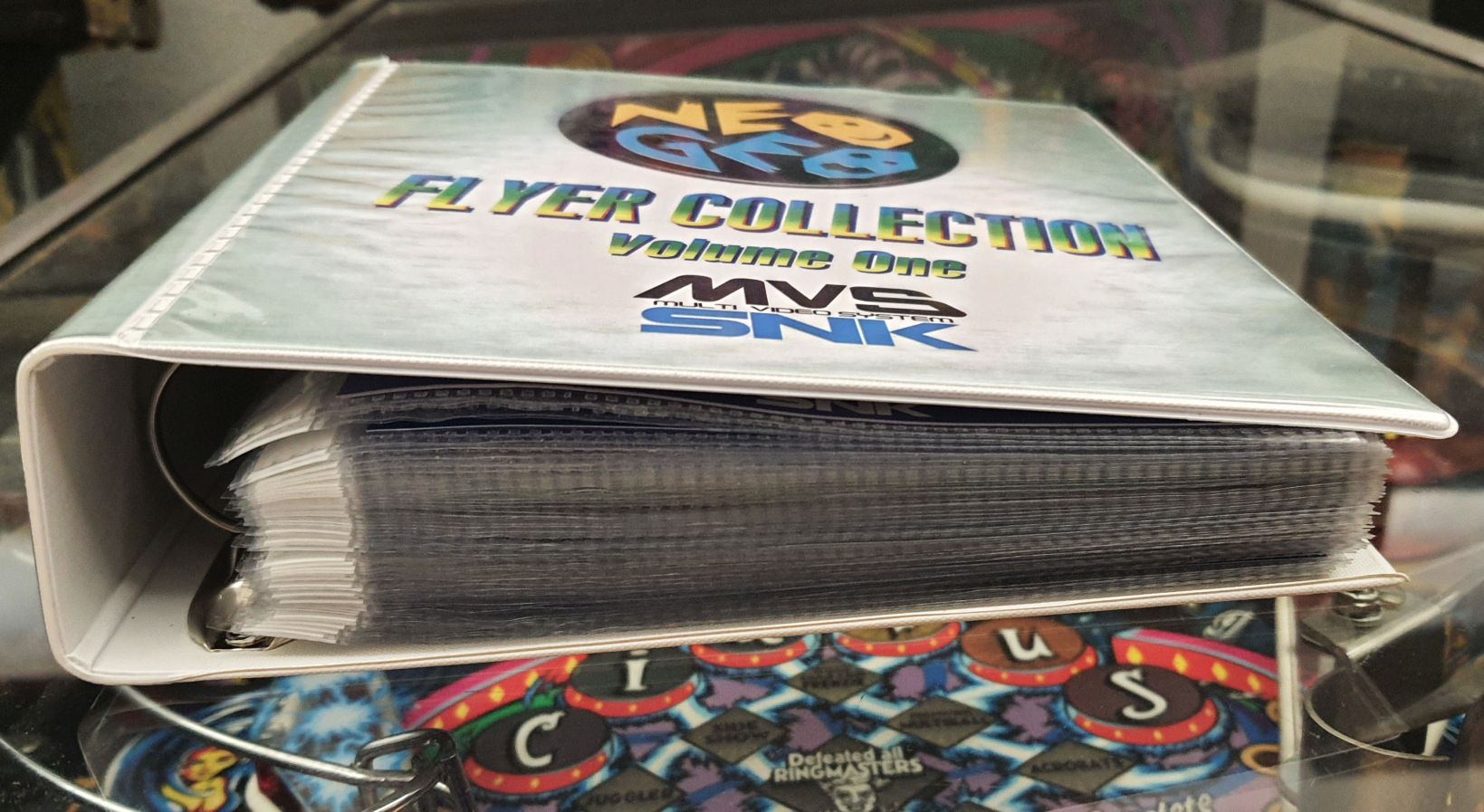 Resized covers (don't use these for printing) 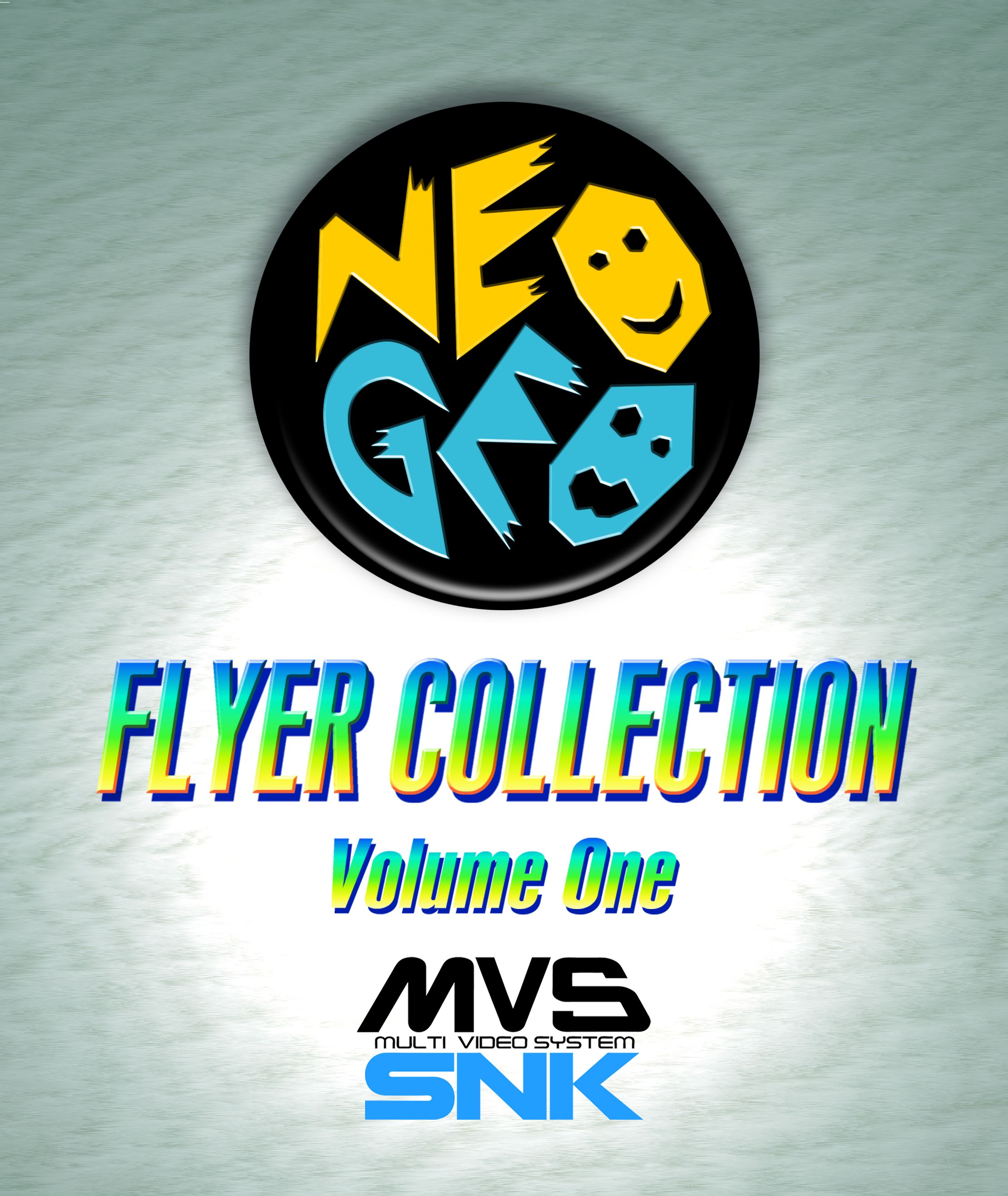 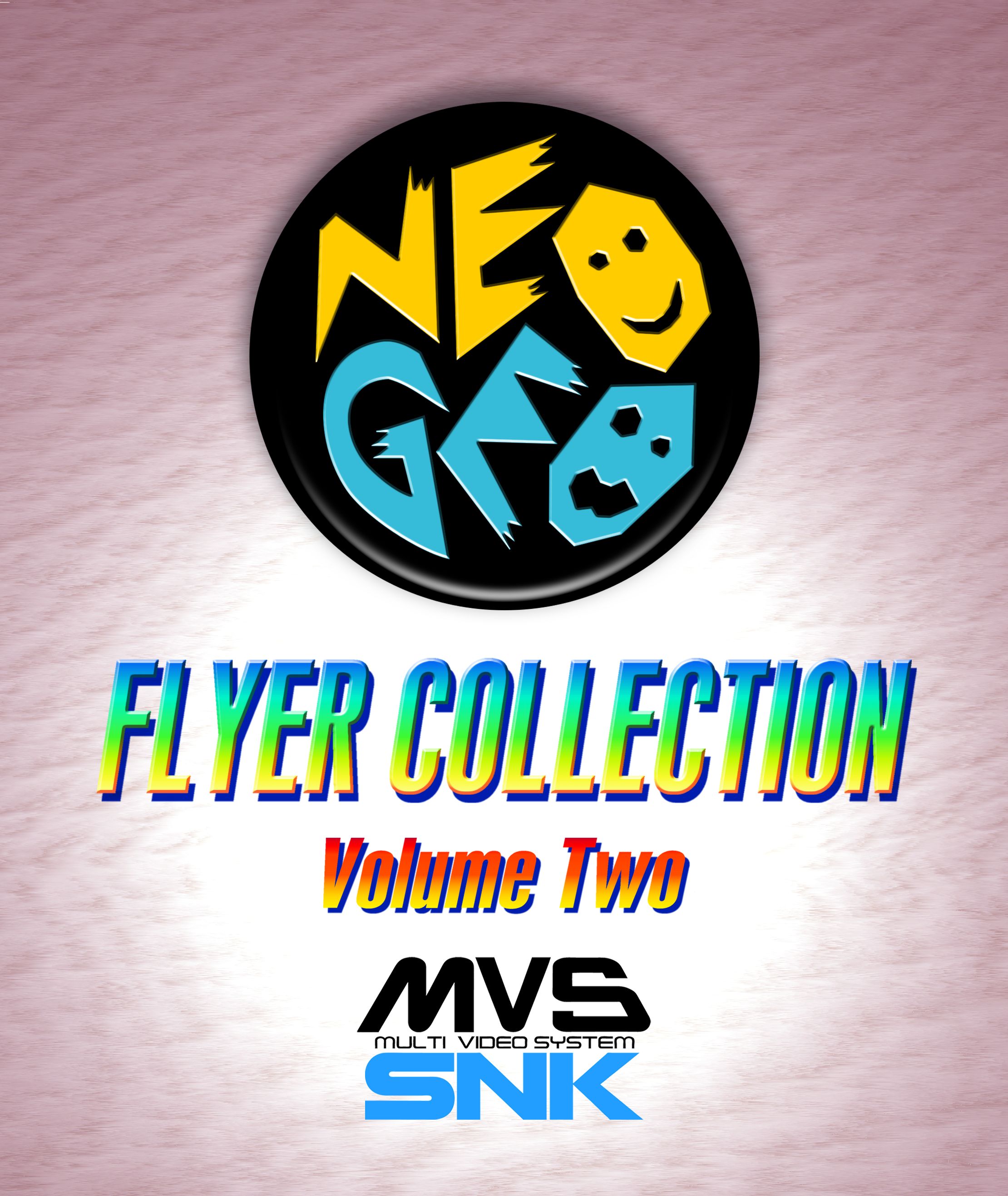 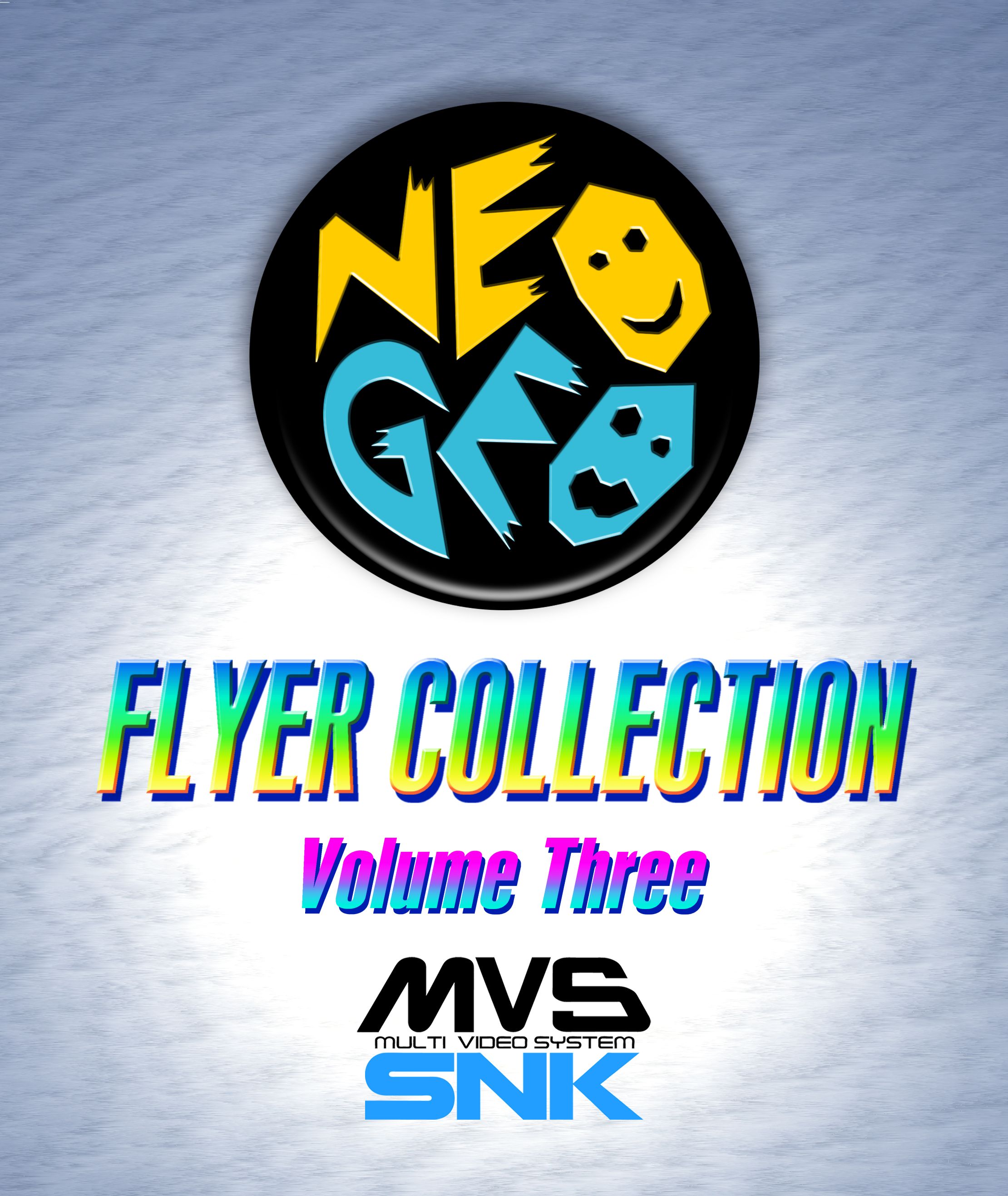 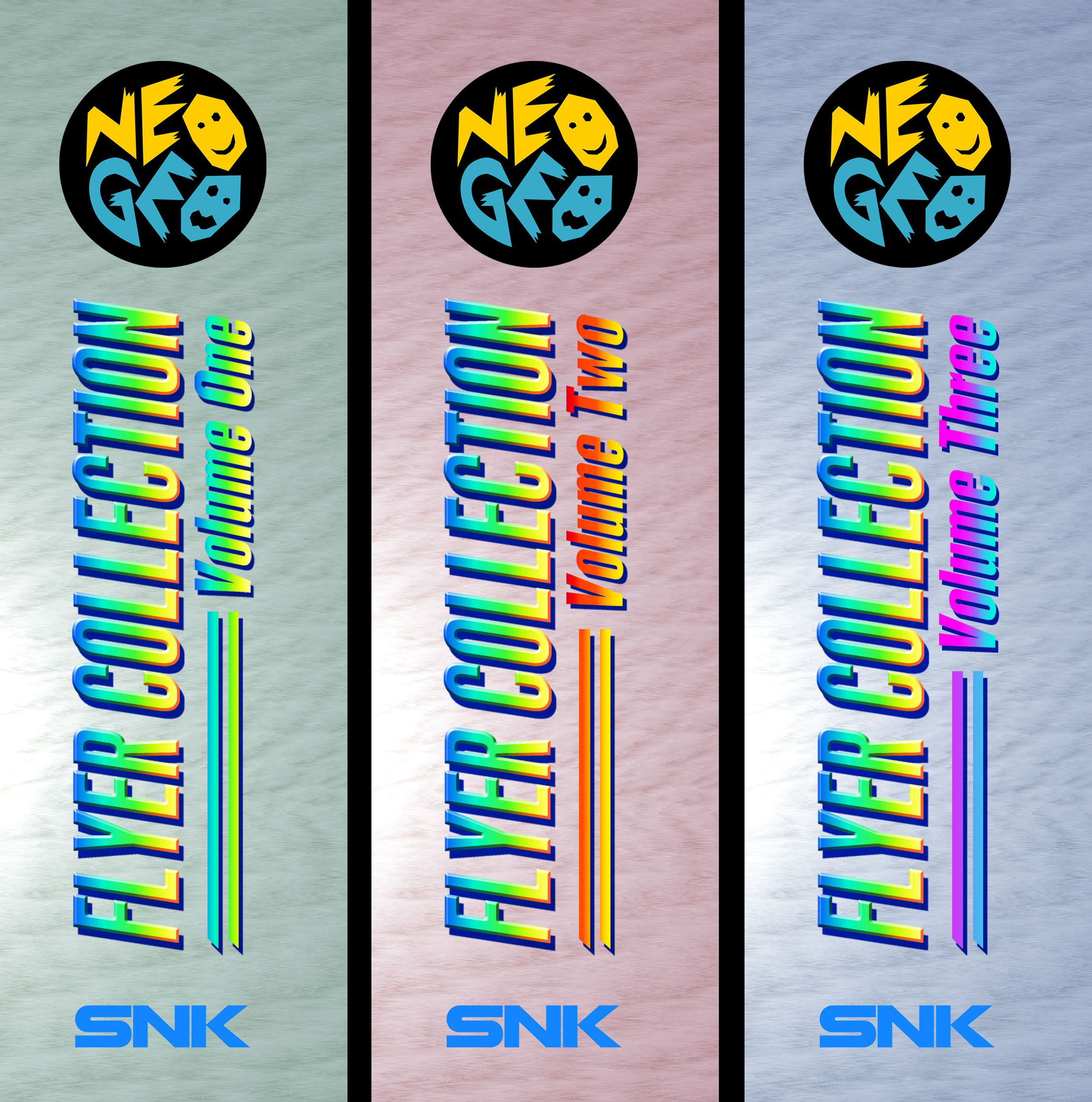 That's really cool! I love it

Thank you very much max 330 and lachlan, I always appreciate some feedback

Still working on that Eye of Typhoon illustration for the Tsunami Edition homebrew... here's Sauri, almost complete (colors could change). 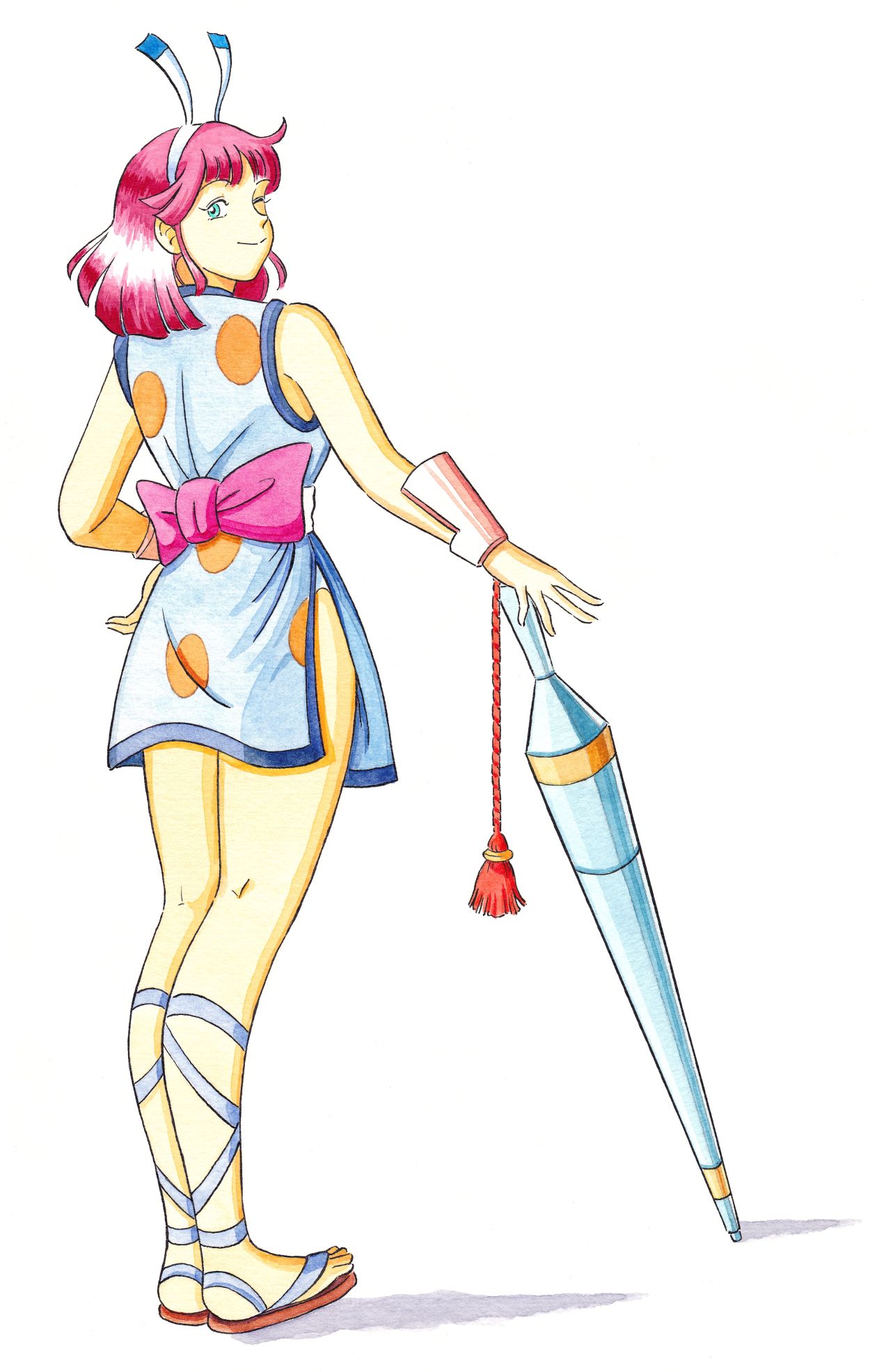 Thanks Johnny and Kid, glad you like her (in more ways than one

Since Kim Hoon has finally been revealed as a playable character in The Eye of Typhoon homebrew (Tsunami Edition), I can share a couple of "making of" pics for the two new pixel portraits I've created for the game.

Of course I've tried to be as faithful as possible to the original TEOT character design and shading style... I hope he'll merge well with the rest of the cast. 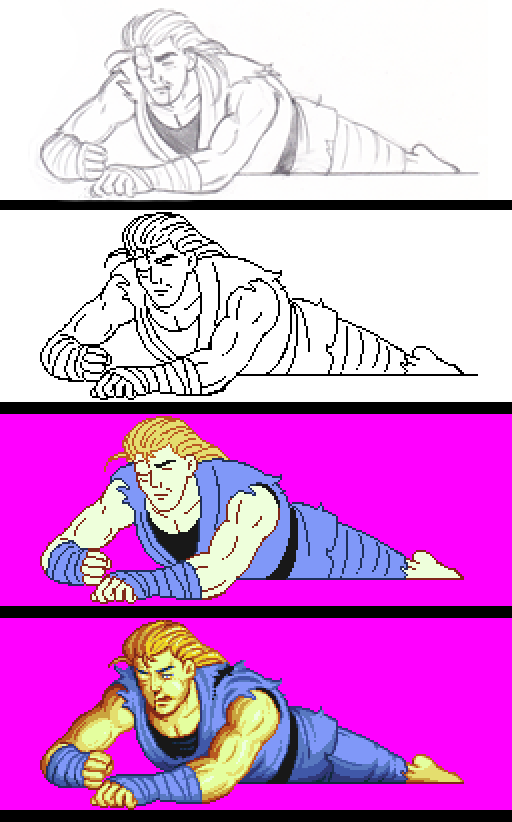 Thanks Kid, I appreciate it

BTW we always see the Neo as this incredibly powerful machine, but each asset must be drawn with a 16 colors palette... so you have to get a bit creative, and that's always a good thing. Helps to keep that retro look

So, I finally finished my biggest project so far: making the AES insert (plus bonus watercolour postcards, plus ink illustrations for the manual) of the homebrew The Eye of Typhoon - Tsunami Edition. It's been tough for an amateur like me, even if I used pixel art as reference for some of the additional goodies, but collaborating with Johnny16bits and Ozzy, the makers of this incredible Neo homebrew, has been great (and you'd think we shouldn't get along, since I'm italian and they're french!

I'll post some pics of my AES copy and some other stuff, forgive me if it all feels a bit random but I don't have the time to write a a proper "behind the scenes" (I'm not even sure people cares, but here we go) 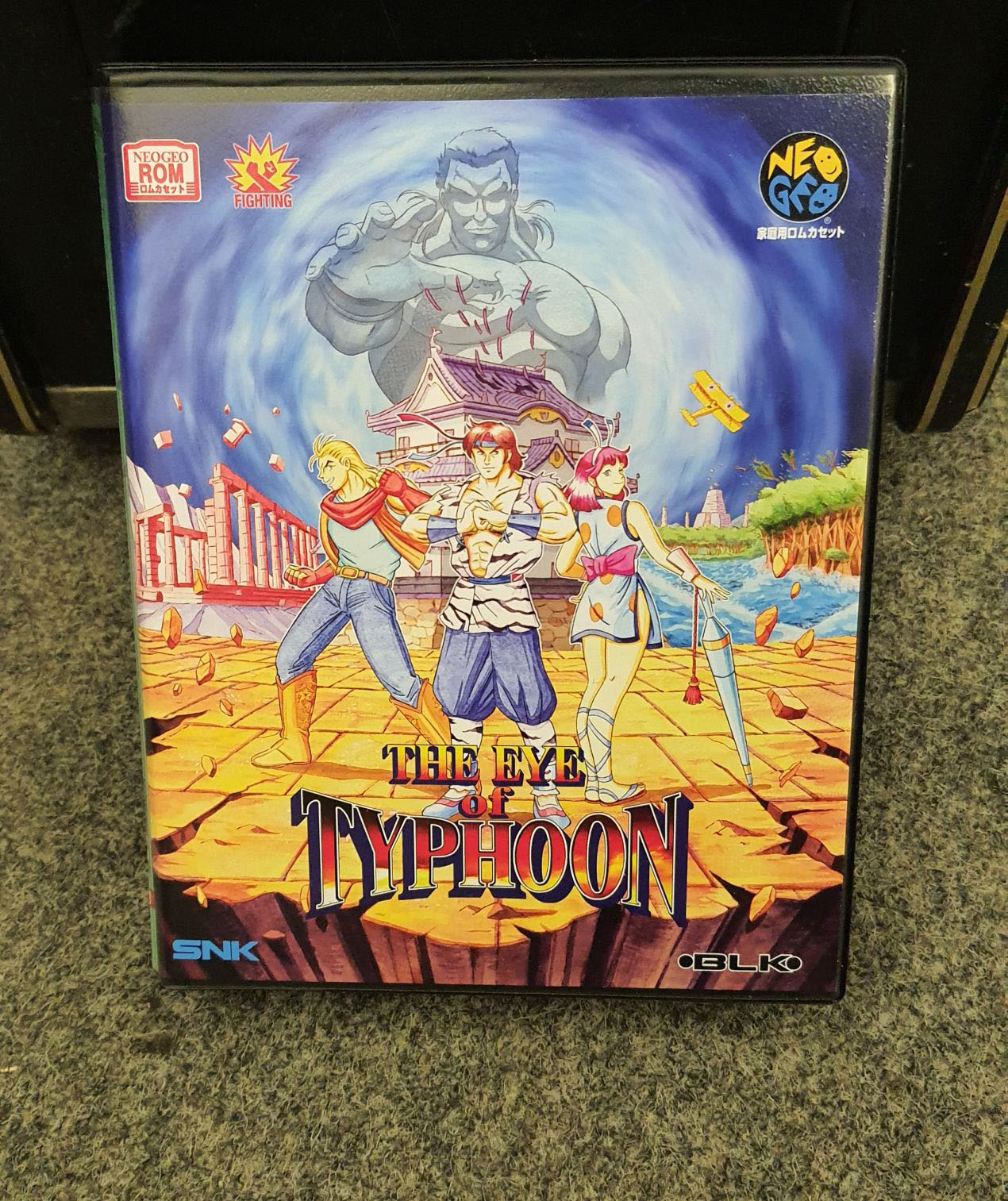 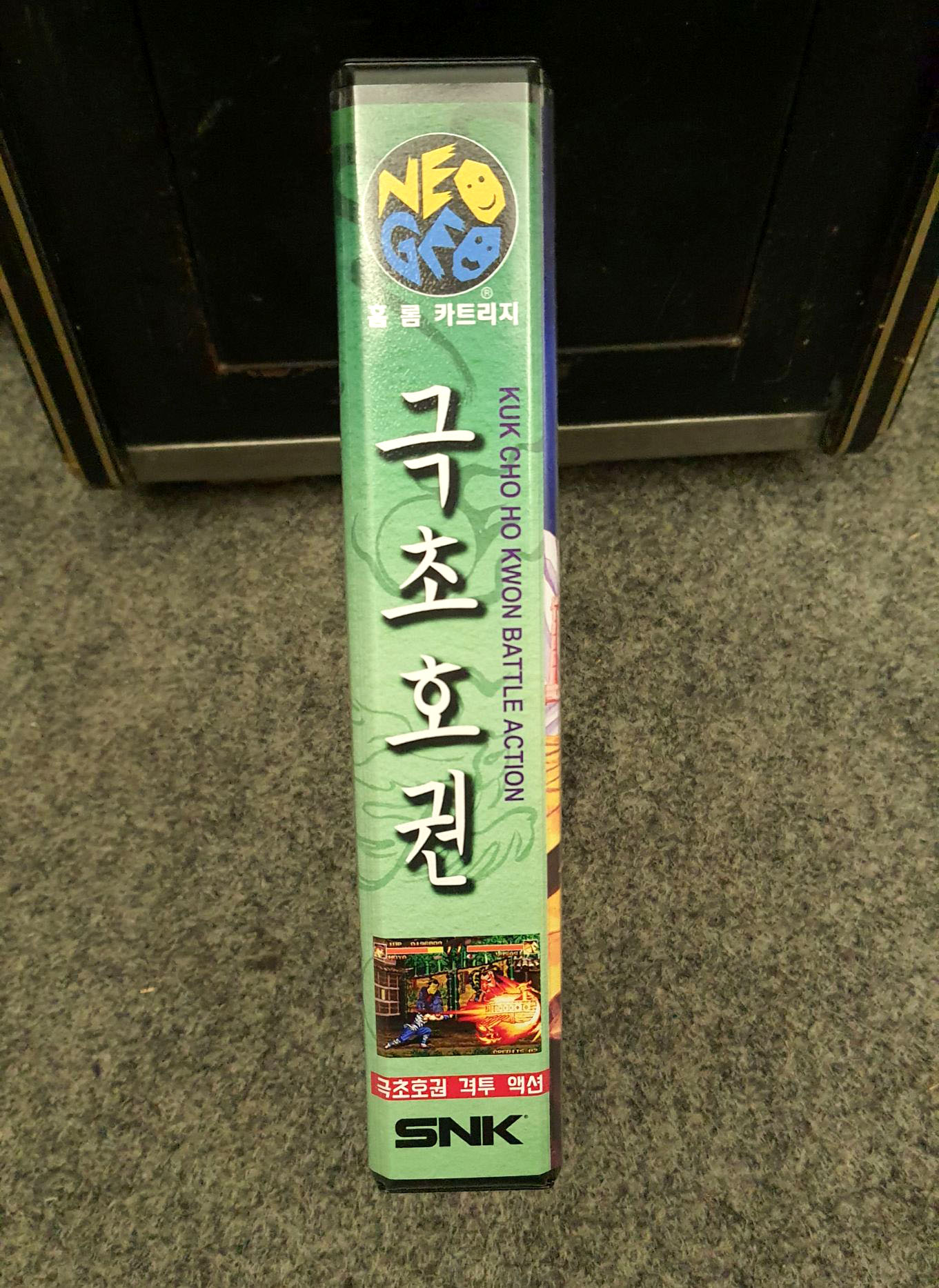 Back (the text is done 100% tongue in cheek, but we wanted to capture that vintage feeling, all the enthusiastic promises of old game covers) 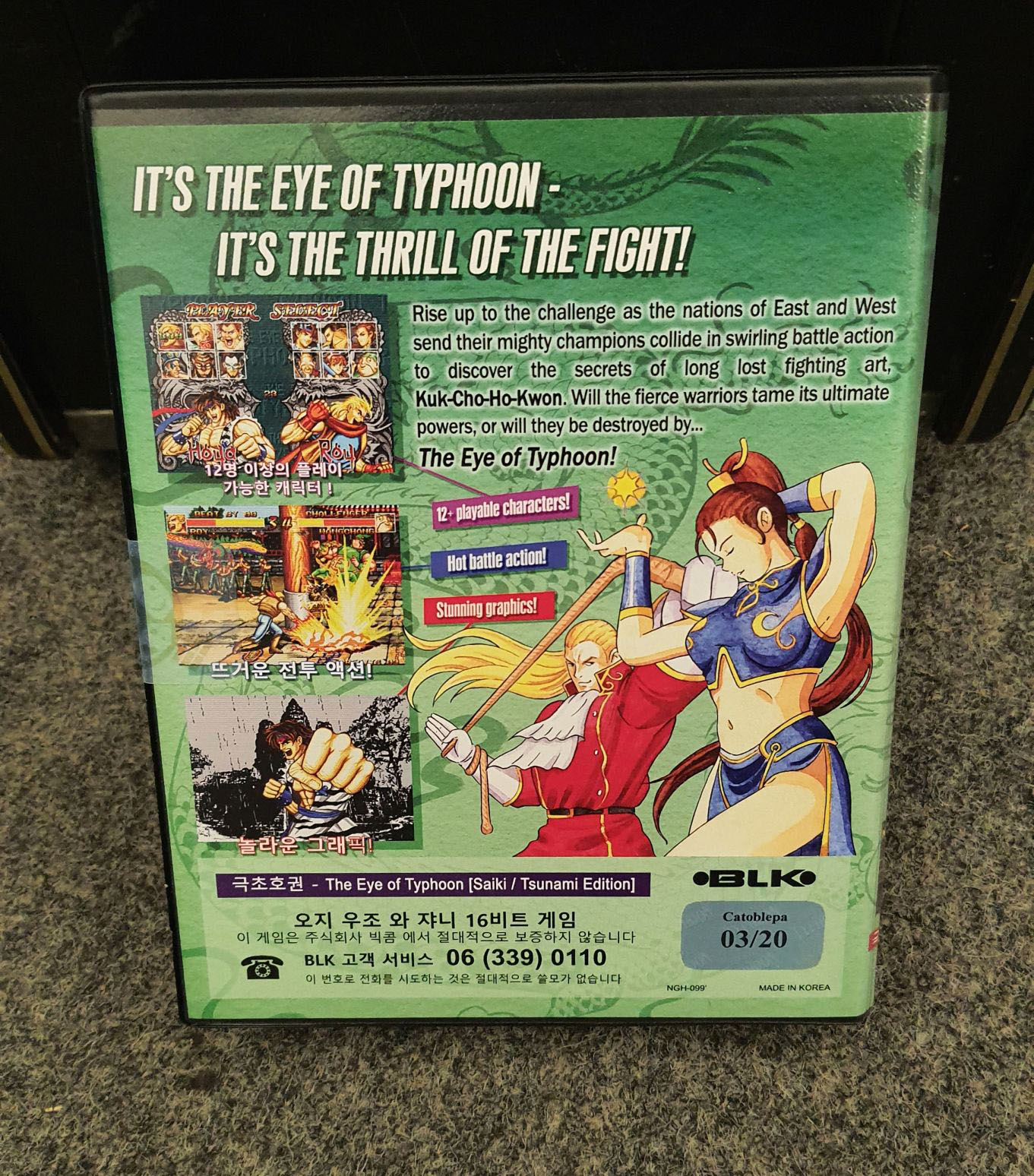 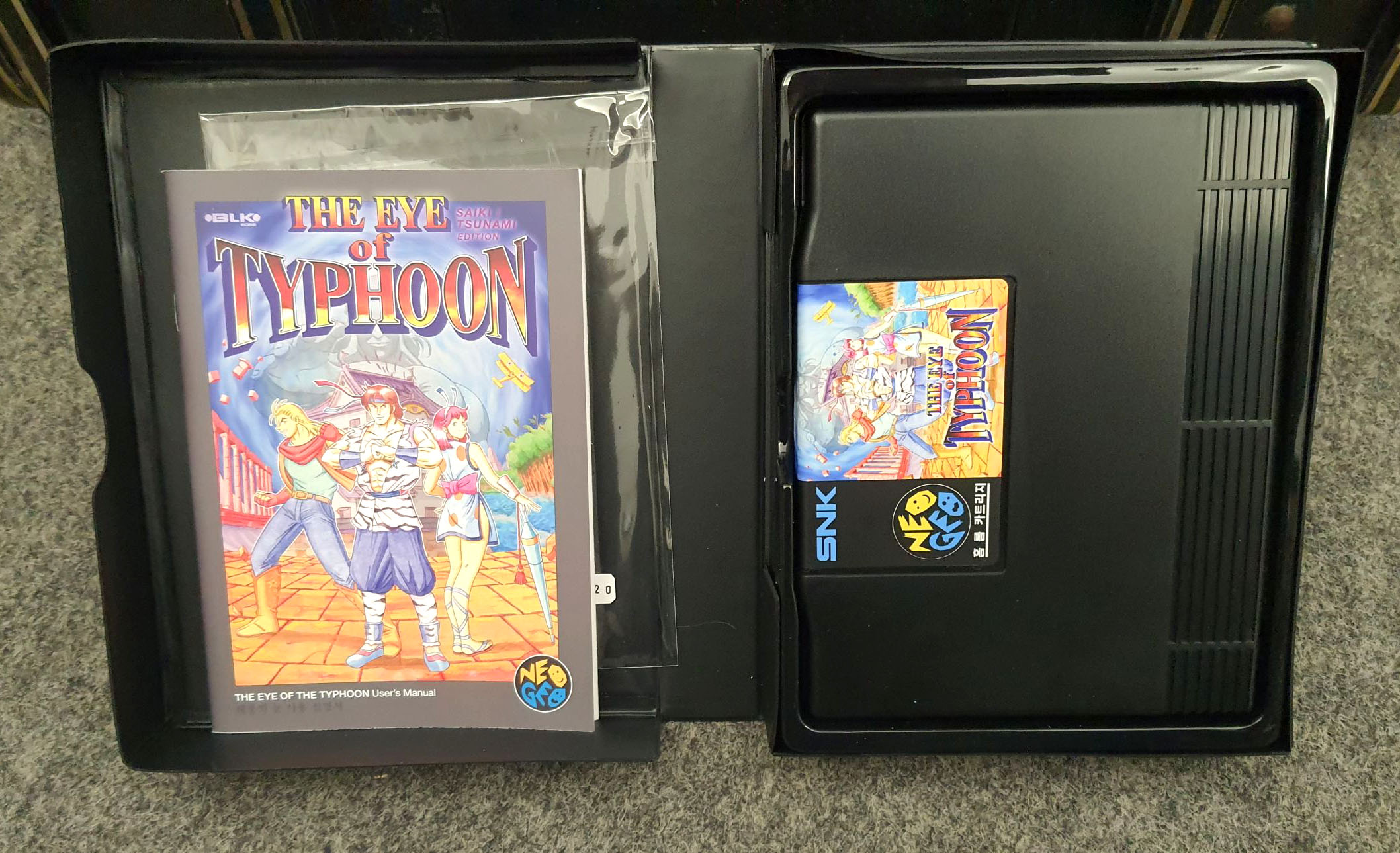 Bonus postcards. I used an abstract pattern in the background, a repeated element that represents some aspect of each character (like the cloud-like RAF symbol for the english aviator, butterflies for Chohong's delicate beauty and so on). I wanted to make them colorful and very distinctive. 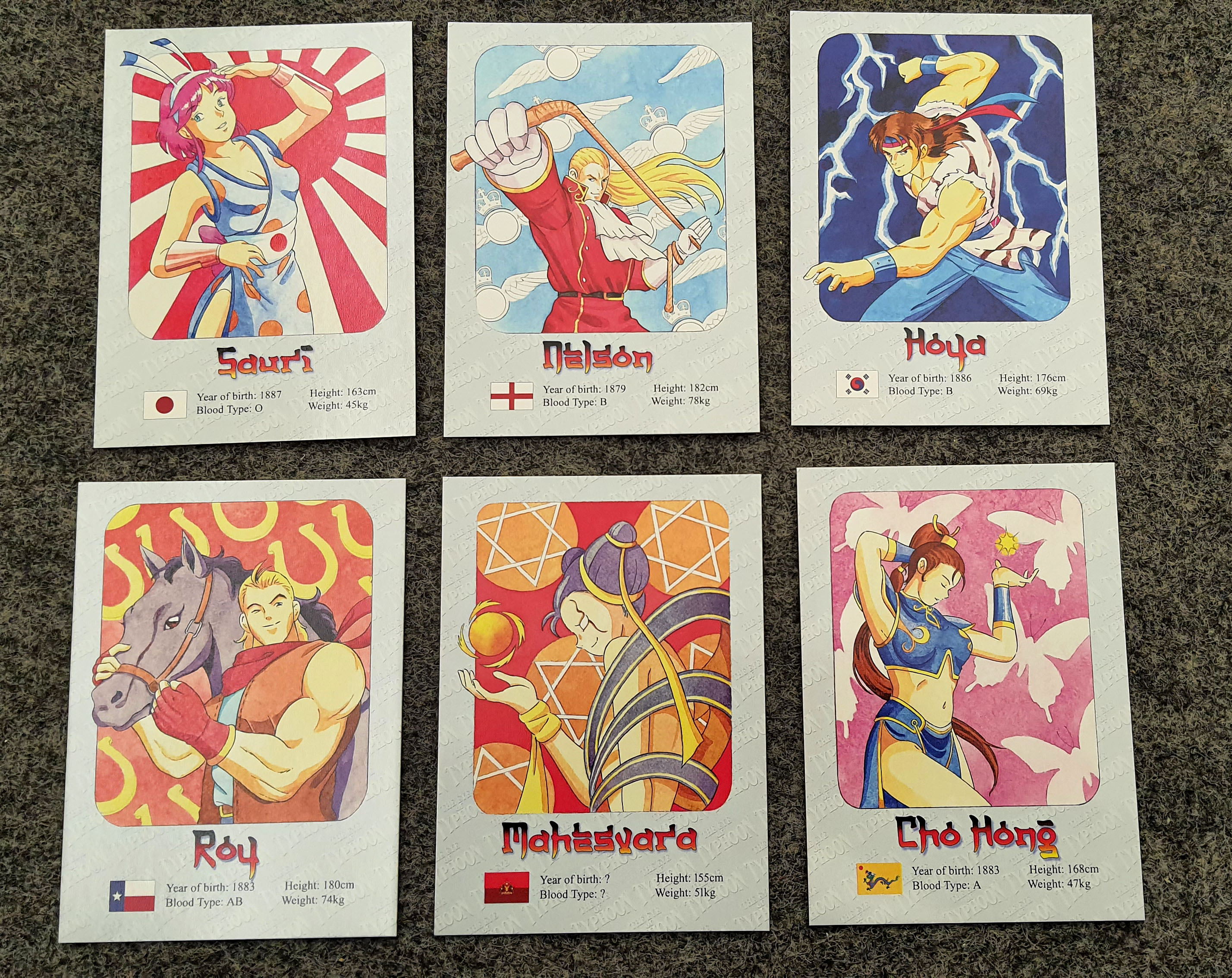 The rough of the cover, for planning the positioning of character and various BG elements (and havin' them approved by the BLK guys). 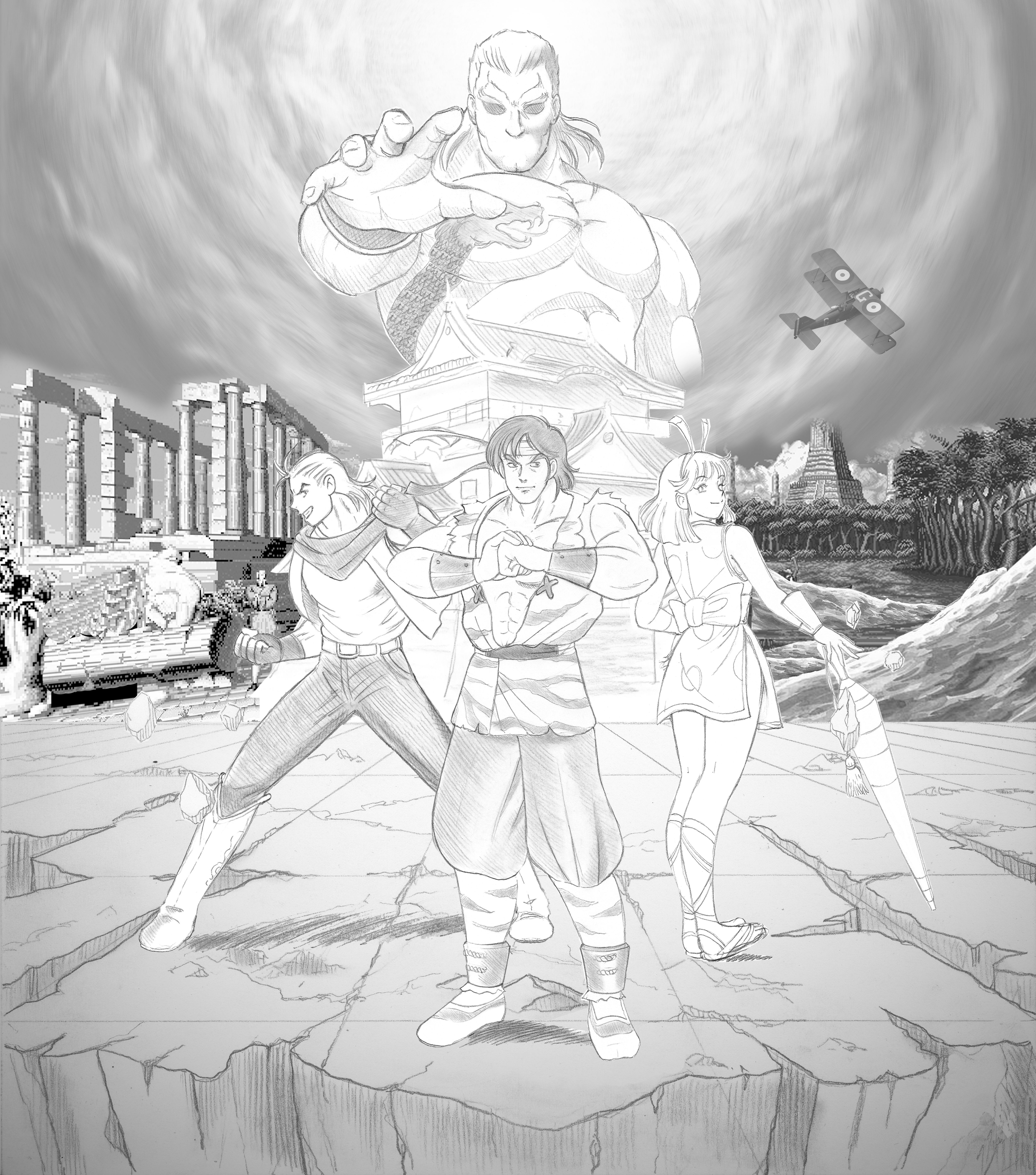 It took me a lot of time to figure out Sauri's pose for the cover; I've decided to make her point her umbrella/weapon down, to balance Roy's right leg in the composition. The drawing is based on her winning pose, but the original head had an almost Exorcist-level rotation of 180° that didn't work - so I invented a new face for her, and I did the same for Roy and Hoya. 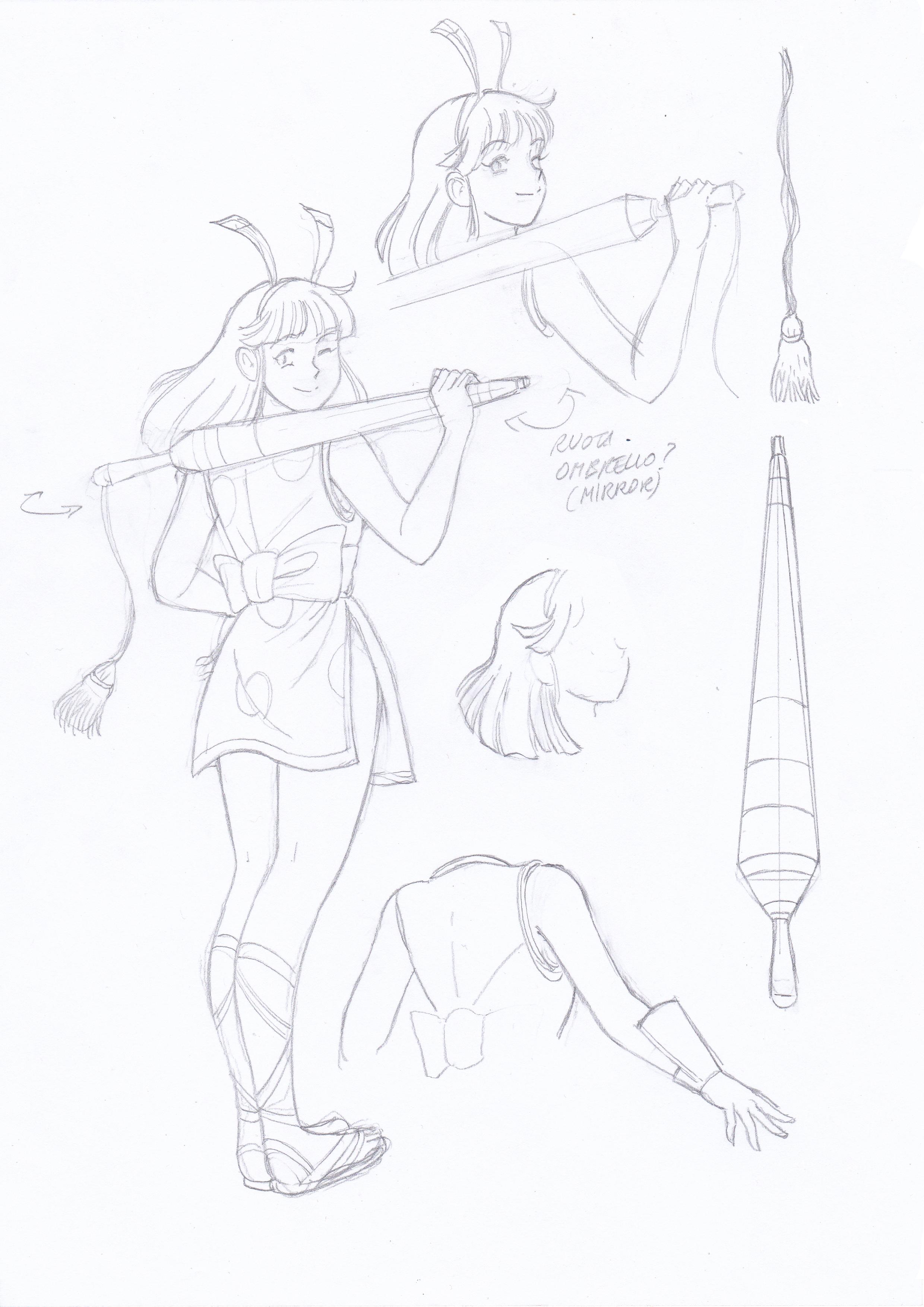 Thanks pal, I appreciate it!

Your art really reminds me of late 80s early 90s anime. It makes me want to go re-watch samurai troopers