I guess in being a contributer to that website, he has surrounded himself with people who shift his baseline perception of what is normal and where the borderline to Creepiville lay before he jumped over it with both feet.
Click to expand...

Being on a site for that hobby is just like this site or going to an anime convention. The basis for the hobby is still fringe enough that it brings in a higher proportion of the crazies and they think (usually incorrectly) that they are in a safe haven, so they come out of their shell. But the large majority just kind of slides away slowly.

You get the same thing at anime conventions if you dress as the right character you get a real gem of a person just going on and on about weird theories or about how much the thing you like sucks, like this is conversation someone that obviously likes something would want to have.

Hell, non-nerdy hobbies get it too, the guys that are writing diatribes saying how they will kill a players family if he doesn't get 100 yards next Sunday because it will ruin his fantasy performance isn't the same level of creepy. Just a different medium.

Most collectors tend to look down on this kind of creepy behaviour...at least the ones I know.

For all the Dragon Crown fans, new figure on the way... If by toy collections, you mean buying your mothers new starfish-beads, strap-ons, and butt plugs, then yes...I collect toys. Read this and ref the gif.

Phyeir said:
For all the Dragon Crown fans, new figure on the way...
Click to expand...

Dude i have a hard ie explaining my stuff as it is, if i got that , i could never bring a girl over, ever

IcBlUsCrN said:
Dude i have a hard ie explaining my stuff as it is, if i got that , i could never bring a girl over, ever

Guess the trick is to get married first, then acquire the plastic harem.

Phyeir said:
Guess the trick is to get married first, then acquire the plastic harem.

The trick is to not get married at all and live your life as the ultimate archmage.
Last edited: Mar 6, 2014 This is the one I'm waiting for this fall. Still trying to decide if I should change my order to the version that comes with the Throne of Arcadia...

I know there are a lot of SEGA fans here, so bumping for this figure... First4Figures is releasing a Vyse figure as a part of their Sega All Stars line. I never expected that series to get love from this or any line so I was giddy as a school girl to see this one.

Wow! I'd but that if it were a figure and not a statue. Still really cool though.

Got these in the mail today: Picked up one of these, classic 3.5 inch sized scale. the way the soldiers legs work and look is kinda awkward (but kinda typical for these sized articulated figures. if you're into GI Joes / Squad building etc, some of the figures are available (or soon to be) separate from the vehicles. i think the vehicles just come with the yellow helmet guys/grunts. the helmets are removable or rather it doesn't stay on that well, and it comes with a gasmasked head. the other figures with the human headsculpts i think will be sold separately. not sure why shes wearing blue? 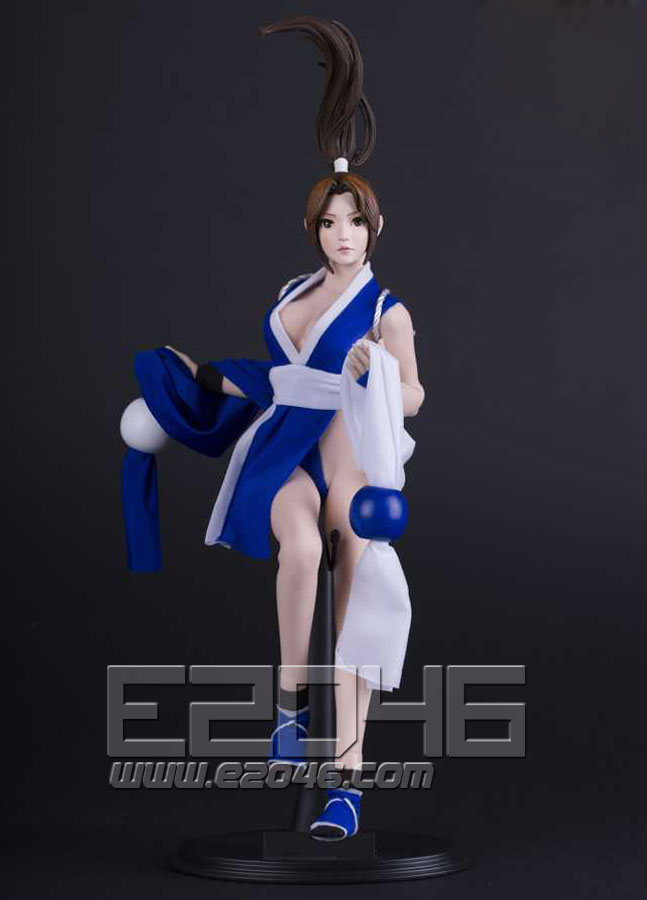 its a 1/6 poseable Mai doll for 135.35 before shipping.
shes a popular character right? if she was in red someone here would probably want one?

edit:ok? yeah my kof experience is only from 95 played on a playstation a long time ago. sorry I didn't know that was the 2p color, I think I remember picking purple for her? blue must be the default 2p color then!
Last edited: May 30, 2014

Because blue is her alternate color you mongoloid.

Isnt E2046 all bootlegs or are they doing original lines now? I would love that Megatron, but the gun just really doesn't do it for me :/

Me too! Don't really care what the robot mode looks like too much. Just that it's a transforming megadrive period is good enough for me haha

StealthLurker said:
Me too! Don't really care what the robot mode looks like too much. Just that it's a transforming megadrive period is good enough for me haha
Click to expand...

It'd be nice if it were actually functional playing MD carts.

Semi-related, I caved and pre-ordered this along with the Spider-Woman figure from Koto:

Now that's what I call a fat cat.

Most of my action figures and toys are put away since I have no room to display them but I broke out my old Mini Mates and some of the newer Kreo Transformers. Of course now I have no idea where to put them.