Yes there's a video...go watch it or something. But I want peoples horror game recs for October...the more esoteric the better

and no...you can't recommend The Legend of Success Joe

Nightmare in the Dark

A couple of good off the beaten path horror games I can think of are on the 3do. Alone in the Dark and Space Hulk. That whole system can probably be described as esoteric nowadays. Hahaha
I still play mine though. 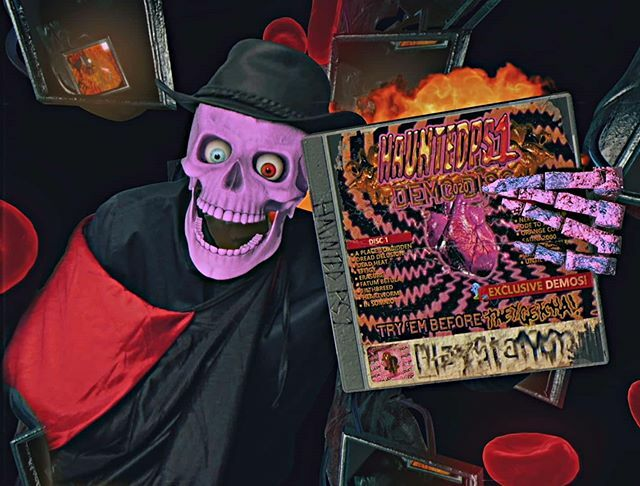 Admission is FREE! Visit now, and you might even leave alive...

hauntedps1.itch.io
collections of horror games in the style of demo discs, some are real gems, like Salt Order on the 2021 collection 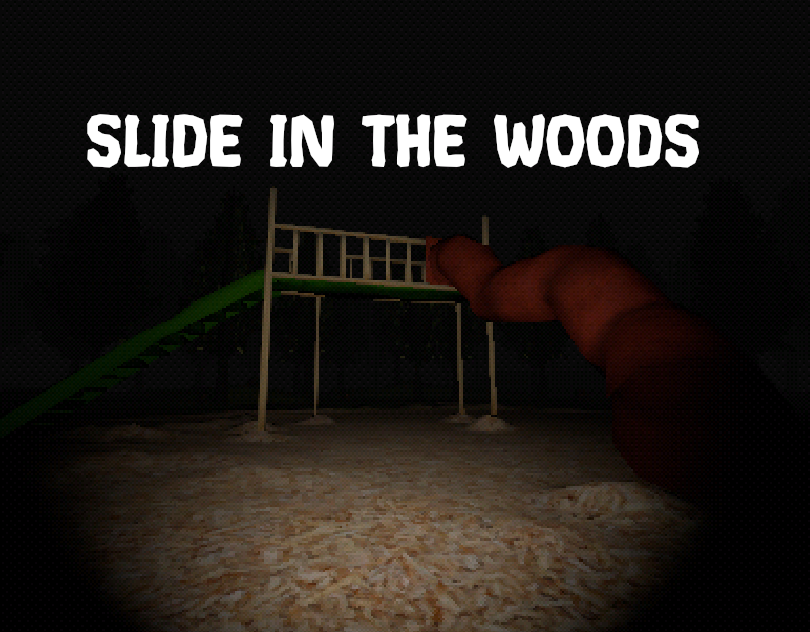 Slide in the woods by Jonny's Games

Ride it, see where it takes you.

jonnys-games.itch.io
short horror game, quite interesting and weird, has got some good scares


https://www.vgperson.com/games/ib.htm
horror puzzle game, got some scares too, but the horror is mostly psychological, has multiple endings and since it is made in RPG Maker 2000, you can run it on lots of different platforms with EasyRPG player

The Legend of Success Joe awbacon said:
I do remember loving this as a kid but I haven't played it since
Click to expand...

I was never very good at the game, but the concept is really cool and original

We've been playing through a bunch of scary games this month, to the fiance's detriment since she's a big scaredy cat.

Dead Space 1 and 2 are always in my rotation, as well as RE1-3. We also dabbled in Alan Wake for a bit and are going to try out Ghostbusters (360) and Luigi's Mansion (GC) to lighten things up.

ggallegos1 said:
We've been playing through a bunch of scary games this month, to the fiance's detriment since she's a big scaredy cat.

Dead Space 1 and 2 are always in my rotation, as well as RE1-3. We also dabbled in Alan Wake for a bit and are going to try out Ghostbusters (360) and Luigi's Mansion (GC) to lighten things up.
Click to expand...

all fun games. My wife and I played through Luigi's Mansion 3 on Switch and loved it. Great for Halloween Level 2 of Slashout is a spooky good time.

Outlast and Outlast 2 on PS4
All the remastered Resident Evil Games for PS4
The Evil Dead Games for PS1 and PS2.

Really great game, I wish more people would mention it when talking about 16-bit classic Castlevania games. It's always either Rondo of Blood or Super Castlevania IV, both really great too, but a shame this one is often overlooked. 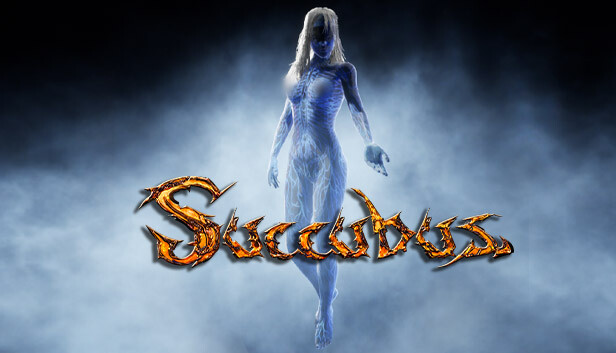 Become a demonic priestess of lust and use her unique skills to take revenge on your enemies. Regain your kingdom making hell tremble under your hooves! Leave no one alive if they won't bend the knee.

This is a game everyone collectively knows without needing a tard to explicitly recommend it, but I can't leave this thread without recommending Silent Hill. The first one on the PS1.


Much like Resident Evil 1 and 3 (which are also campier but fun recommendations) I can always go back to this game on teh ole PSX. I don't think there are many games (if any at all) that managed to top it as a complete package, this really has it all: atmosphere, a strong driving plot, suspense and mystery, map design that focus on exploration... the only weak point, looking with modern eyes, might be the movement and combat, which is actually still OK, and the graphics, which I'd wager is why many fans of the series praise the second game so much while ignoring the first one.

And speaking of Silent Hill 2, yes it's also a really good game, but I think it's a tad bit overrated as the Silent Hill town feels more like a linear hub interconnecting the levels than the first game, just downtime from A to B while you collect ammo and health... let's remember that in the beginning of Silent Hill 1, on the portion of the town that is initially accessible, you don't go from Bar -> School, you wake up, trace back your steps from the game intro into the alley you walked into before, find out you're supposed to reach Cheryl at the school, and instead of just walking there you try to find a path to it only to find many streets blocked off, and via a hint left on the edge of one of those blocked streets you have to find three keys to unlock the "doghouse house", one in the trunk of a police car, one in the doghouse itself, and one in a basketball court which is really easy to miss since you have to enter a gate in an alleyway to get there. All of that while there's also optional places to enter such as the mini-mart... and that repeats on the other "A to B" sections of the game, you really do explore the town to the fullest extent and even have a subplot with extra story and puzzles that's never hinted at and is missable if you don't give a shit about exploring the last third of the Silent Hill map, a subplot that decides if you're going to get the good ending or not.

In Silent Hill 2 however that's not the case at all, so you lose the whole exploration angle the first game gives you, not to mention the lack of enemy variety, how they're not threatening at all compared to the first's enemies, how the bossfights are not really fun and become bulletspongy to the point of hilarity on Hard (including the corridor chase scene in the hospital that's literally impossible to clear unless you intentionally cheese the Pyramid Head pursuer via melee attacks over and over)... I know this feels like I'm actually reviewing Silent Hill 2, but I think it's cool to compare the two considering the positive bias a lot of people has towards the PS2 entries of the series, it really puts the first game in perspective and shows how underrated it actually is in the point of view of many.

tl;dr: All 4 games are highly recommended but I feel like the first one is the strongest in the whole series, overall, while 2 has the best story and narrative. But yeah, go play 'em. I know I will.

EDIT: oh and btw to make my point about Silent Hill 1 and exploration: did you know you can enter the school bus in front of the school, and inside the bus there are items and a save point? I wouldn't find that out until much later.
Last edited: Oct 8, 2021

That first Silent Hill game is the only time I recall being legit spooked playing a video game. The overall atmosphere, the slow burn of dread, it just wears on you. Next thing I knew, it was 2am and I had to go to bed, but I didn't want to because I was all frazzled. Haha
Seriously, a great gaming experience, and a similar feeling to a really good atmospheric horror movie. I should try one of the sequels.

General Discussion. SNK and Neo only.

So that in mind. What are some spooky parts of games on the Neo? Magician Lord could have been if the soundtrack was more otherworldly.

If we're sticking to SNK, then how about Koudelka for Playstation 1, a Horror themed JRPG published by SNK (in Japan). I remember it having some pretty cool monster designs.

Beelzebub said:
If we're sticking to SNK, then how about Koudelka for Playstation 1, a Horror themed JRPG published by SNK (in Japan). I remember it having some pretty cool monster designs.

I actually beat this game once and quite enjoyed it. Very weird move for SNK.... And whoever Sacnoth was.

The Korea Team stages from KOF '94 and '95 always had a spooky vibe about them imo, also there is Choi looking like a miniature Freddy Krueger as an added bonus too.

And let's not forget King's stage from AOF 2.

On the neo geo, anything by Alpha Denshi

Otherwise, you can't go wrong with some good old Splatterhouse.
...
But if you do want to go wrong, that Polterguy cover art made me think of 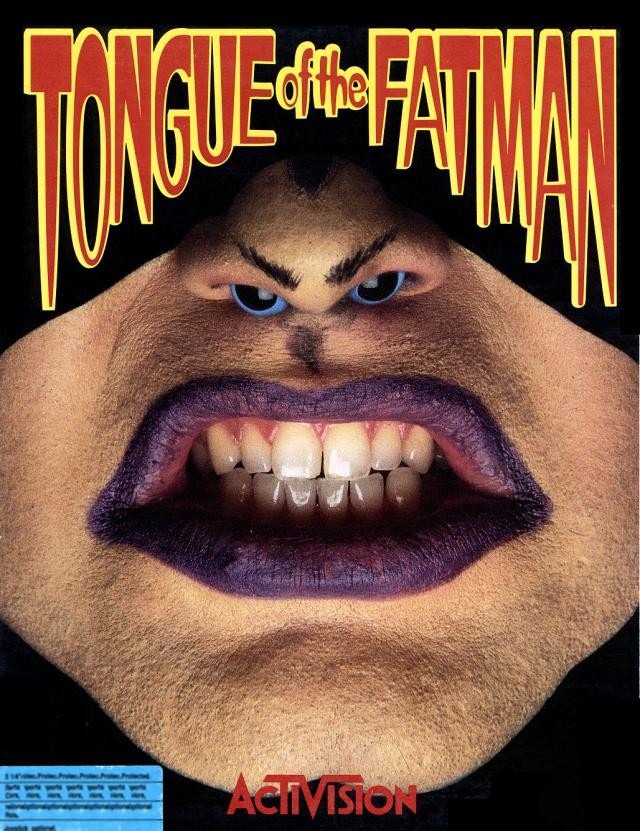