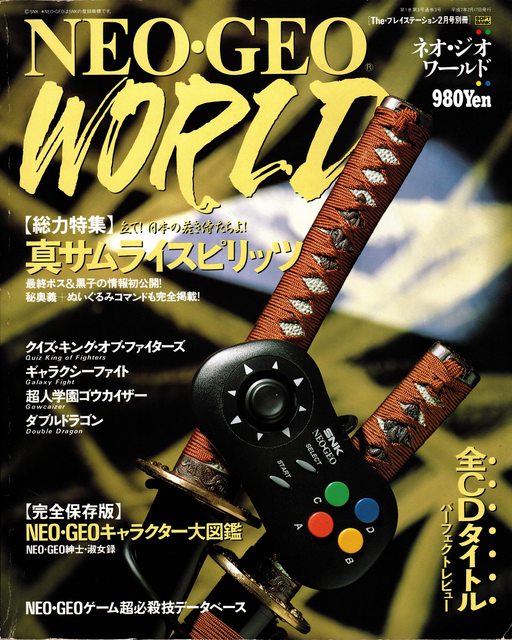 Nowadays, the Neo Geo World magazines are difficult to come by, with sets of the three rarely going on sale even in Japan. Finding them individually can be easier, but it still proves difficult to complete the set. I happened to own two copies of Vol. 1, and one copy of Vol. 2. Since none of the Neo Geo World volumes have been scanned, and I owned a double of Vol. 1, I decided to disassemble the magazine and scan it in its entirety so that the community can enjoy it without tracking one down and importing it. There's lots of great artwork in here and plenty of small features on many Neo Geo titles. It's a very well rounded Neo Geo magazine in my opinion. There's even Neo Geo curry.