Although the majority of home carts are engraved with "Made In Japan" on the posterior face, there are some carts with "Made in Korea" on the back of the cart. Physically, the casing is dark grey instead of the normal dark black. Also interesting to note is that all the Made in Korea carts have a US insert, stickers, and instruction book. Dependant of the game, sometimes there are differences between the original games. For instance, in the Made in Korea Samurai Showdown 4 cartridges, there are things missing the game. Things such as a Japanese language mode, voice clips, and include an alternate title. There has been some speculation that this may be due to past animosity between the Japanese culture other Asian cultures, in this case Korean.

Also of note is the Korean Vic-A NEO•GEO consoles with Hangul on the top face. 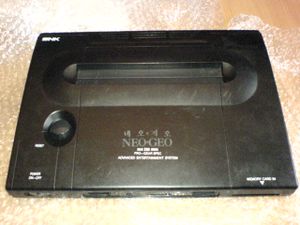 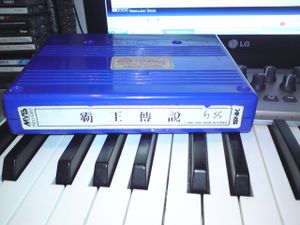 This FAQ is pretty far away from being completed. Please submit relevant information if you have any knowledge about the subject.