On top of more documentation I'd split the included demo from the actual SDK. User should be able to put a shared SDK in some separate folder and have their own demo projects refer to it, maybe by including a provided makefile and setting some variables to customise things. This also makes it clear where the separation between the SDK and user project is. Someone looking at this repo for the first time would have to spend time figuring that part out themselves.

I'd also make a simpler hello-world type demo project too, something really basic that's meant to show ease of use. The user can mess around with it and build upon it to get an idea of how things work. The current main.c demo in there is a bit much to be the only one included and might discourage new people from trying it. Any other changes that would help newcomers jump in without any prior knowledge would also help.

I notice it includes a soft-FPU library. Why? Are you expecting Neo-Geo games to use floating-point? GCC has options to just exclude floating-point arithmetic altogether. (It also makes the standard library smaller because printf("%f"...) is a pain in the ass.)

Porting Damien's samples to this SDK might be a decent strategy 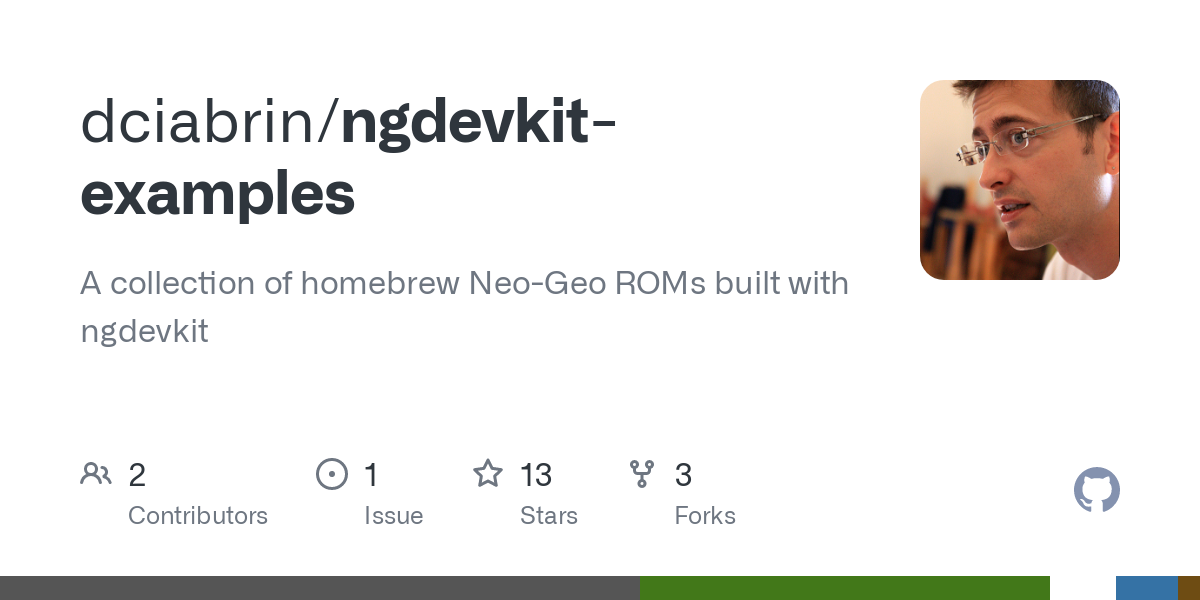 It can help people get a sense how this SDK works versus ngdevkit.
E

Hello, Thank you for giving us feedbacks, we will take them into consideration

This is pretty cool. I’m always interested in checking out new tools or a different take on a NG dev environment. I see the environment is fairly preliminary but I encourage you to take the project further and see what you can make of it. Also, it might just be my phone but a lot of the code lacks indentation, which bothers me. Proper comments and documentation would be nice as well.
You must log in or register to reply here.
Share:
Facebook Twitter Reddit Pinterest Tumblr WhatsApp Email Share Link
Top