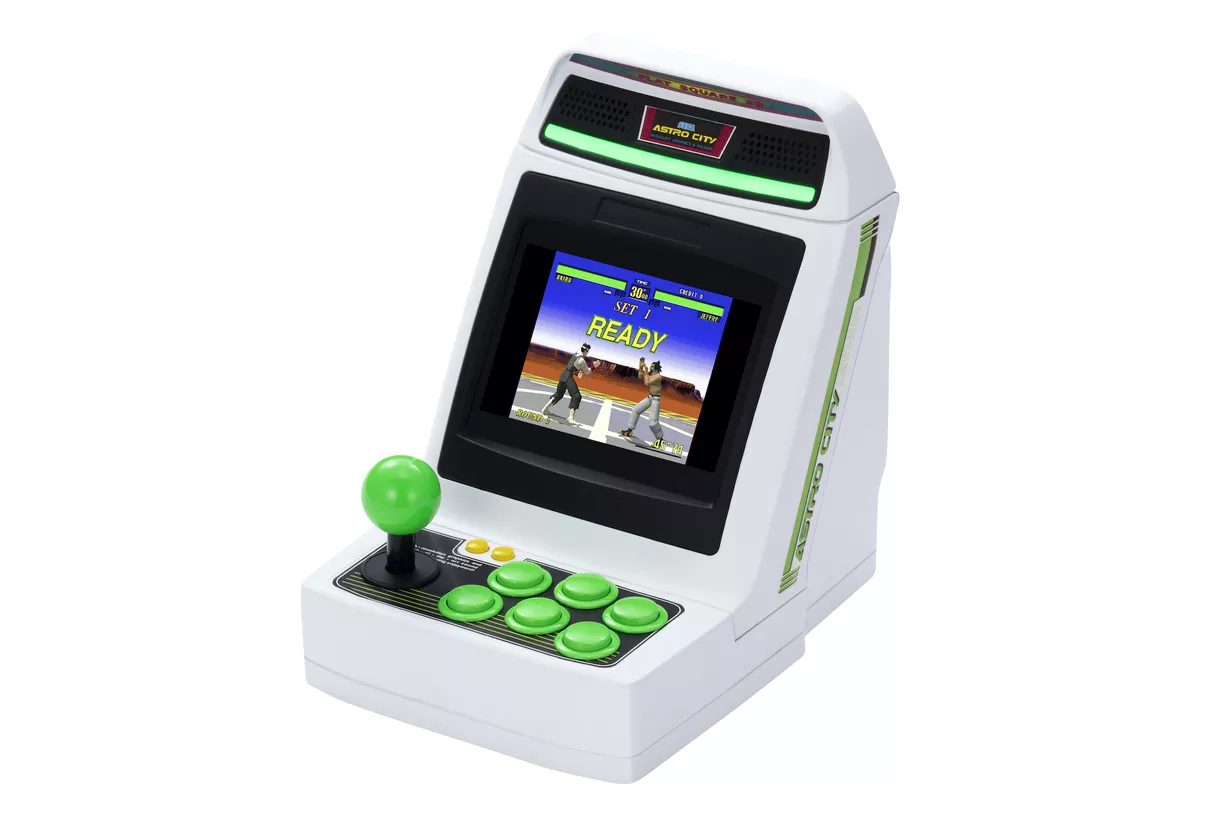 We may soon be reaching Peak Mini Retro Console. After the excellent Genesis/Mega Drive Mini and the baffling Game Gear Micro, Sega has unveiled an even more improbable product: meet the Astro City Mini.

For those unfamiliar with the original Astro City, it wasn’t a platform per se but a specific sit-down arcade cabinet that operators could buy and install one of a huge variety of game boards inside. Sega developed a whole range of “City” cabinets, with 1993’s Astro City proving to be by far the most ubiquitous and iconic. They’re still a very common sight in Japanese arcades.

As such, the Astro City Mini comes preloaded with a bunch of Sega arcade games. There’ll be 36 in total, and here are the confirmed titles so far, via Game Watch:

The Astro City Mini looks like a shrunken-down arcade cabinet, similar to the Neo Geo Mini. Unlike that system, though, Sega says that the stick uses proper microswitches, so it should be a lot more satisfying to use. There’s an HDMI-out on the back as well as two USB-A ports, a Micro USB port, and a headphone jack. Unfortunately, there’s no word on whether it’ll have a built-in battery.

Fucking terrible. More plastic shit the world doesn't need. Seen a fair few dickheads drooling over this today, how the fuck is VF going to run on this. Not even Death Adder can save it

Can they stop with this mini shit. Just make a bartop one if they want a smaller form factor. Why would anyone want to play on one of these. This thing looks like it's on par with the crappy Neo one.
Last edited: Jul 7, 2020

It's too small. Build a real bartop instead.

Surely Aero would have made more sense than Astro

No this looks good!

Presumably the controls will be better than the Neo one. And HMDI out. I’d like having this on my desk.

neo_moe said:
No this looks good!

Presumably the controls will be better than the Neo one. And HMDI out. I’d like having this on my desk.

i think this looks great, then again i really like the mini neo one too.

Not into this mini stuff either, however this looks like a better prospect than the ones that came before it.

I’ll play my real NAC instead.

Mini controller up for preorder on amazon.co.jp. No US Shipping:

Mini preorders are now open with shipping to US.

gusmoney said:
Mini controller up for preorder on amazon.co.jp. No US Shipping:

Mini preorders are now open with shipping to US.
Click to expand...

Now that is the shit, love it

I'm only buying this because of that controller.

And I was just thinking the control panel was missing all the cool details. Glad to see the cool controller!

Raph4 said:
It's too small. Build a real bartop instead.
Click to expand...

That controller is dope. I hope I can just use both controllers on it and just let it sit.

The only mini console I actually play has been my TG16 since I don’t own a real one.

I scooped one. The screen is bigger than the NG Mini, microswitches, games that were never ported. Don't see what there is to dislike about it. Sega seems to be on a bit of a roll recently. Always wanted an Astro City, but with all the knobs flocking to "retro gaming" and causing prices to skyrocket, this is probably the closest I'll get. Whatever.

Would be nice if there was a way to connect another mini for head2head.

RAZO said:
Can they stop with this mini shit. Just make a bartop one if they want a smaller form factor. Why would anyone want to play on one of these. This thing looks like it's on par with the crappy Neo one.
Click to expand...

I mean its fun for a bit and makes a nice collectible-a toy model is like half this price so... that said I love the bartop idea how sweet that would be!

Same. I still want the shitty neo cab mini just to display. It's a playable showpiece. Hopefully this will actually be good. Like it or not snk made a good design that is worthy of being copied.

I will ultimately end up getting this but I really hope they put on a couple of shoot em up games as well.
Last edited: Jul 14, 2020

I love this thing but I just bought a Saturn and not sure if I should spend the funds for this. The control is boss however.

I may change my mind if they have more games. One Youtube went over what he wishes the other games were. See if you agree or not.