I pulled off a 1-All in Sengoku Ace.

andsuchisdeath said:
I pulled off a 1-All in Sengoku Ace.
Click to expand...

You didn't know? This has to be the easiest Psikyo title to clear by far.

Not sure how much (or if you've ever spent) time with it, but I encourage you to give it a go using Aine. You'll see...

This took me, about three weeks of off and on playing. Noticed a KIDPANDA on the 1CC Marathon schedule:

You didn't know? This has to be the easiest Psikyo title to clear by far.

Not sure how much (or if you've ever spent) time with it, but I encourage you to give it a go using Aine. You'll see...

This took me, about three weeks of off and on playing.

Funnily enough, I bought what I thought to be a legit board of the game and it ended up being a boot which means I now own two lol. This is one of the games I've wanted a board of for a long time and never can seem to catch one. I want to put some heavy time into it because the look and sound of the game is pretty unique in my eyes. Will mos def give it a whirl when I can play it proper

Awesome! Not going to catch it live, but I'll check out the VOD later along with some of the other runs.

A couple recent ones, via PS4 arcade archives: The loops go Beginner -> Champion -> Champion 2. I think it just keeps repeating champion and adding a digit after the second loop. This is probably the oldest game I've studied up on (1982). Like Ikari Warriors, this one gives you a million points on a clear. It also gives 15 extra lives for some reason, which is funny because it doesn't loop.

I cleared Night Slashers and I updated my list.

There is definitely room for improvement scoring wise...
Click to expand...

Wow! Great, especially because I'm close to clear Border Down, which is based on MB. How long did it take you to clear it? My first BD tries date back years ago. Back then, I did manage to clear it with those 9 continues, which the game grants you, if you play it long enough. Now, because of the current situation, I needed a strong antidote to effectively shut off the craze a bit and chose Border Down by chance - I simply came across an old link to a clear, which I found and stored back then.

Damn, it demands so much attention and discipline, if it wasn't so fascinating, I'd never be able to practice for so long. Of course I don't play for score and of course I'm using a video to achieve my goal, but it's still nigh impossibly hard. The sample videos on the disc itself are a joke, done by someone with godly skills, who knows the game by hard, so to speak. Forget about it! I searched a long time for a suitable one credit clear and found one after searching for it in Japanese (ボーダーダウン). But it's one thing to watch and a whole different one to understand what you're actually seeing. It took me days to grasp it, yesterday I made a break through, though. This player not only has skill, but also style. The video shows two clears, coming one after another.

The first clear takes you through the upper borders, the second through the lower ones. Years back, when I first approached BD, I chose the second one, because I feared the 2nd form of the Boss in the 3rd Stage, which you encounter during the route in the first clear. This time, I totally forgot about my past approach and just studied the first clear. It was the right choice, a far easier route. I managed to get to the 5th Stage on one credit and the biggest challenge so far is, indeed, the 3rd Stage Boss, but not his second form, it's his first form, which is really tough. If you pull it off exactly the way this Japanese player did, the second form, becomes almost laughably easy. This complex fight against the first form of the 3rd Stage Boss is finally understood.

Well, I've been playing it on and off for over ten years. I decided to make a serious attempt at learning the game about a week ago and still hadn't made much progress. I tried using autofire and the clear came three days later. So...yeah. The game is considered very manageable sans auto! But I never became comfortable with properly positioning my ship and utilizing it's tools (the tall hitbox above and below the shot) because I was so fixated on producing an "ideal" fire-rate. So, you could say I felt freed up enough to focus on the rest of the game.

Good luck with Border Down! I've only played it a handful of times and it felt very tough (though I loved the music and presentation). I'm going to watch this video now....
Last edited: Mar 30, 2020
O

Ten years, eh? Now I don't feel as bad about my own years long Border Down attempts anymore

. I heard about the auto-fire problem in Metal Black, I had one with Darius Gaiden, fortunately there was a cheat enabling auto in that game.

In BD, though, you're equipped with everything necessary from the start: auto-fire, homing shots through tapping, your beam and a very balanced adjustable velocity. The challenge is to use all of it constantly. Sometimes it feels like playing an instrument. Fortunately, only three buttons are required to operate, neatly avoiding the 'Defender syndrome'.

The video is full of details, which you can enjoy, if you play the game yourself. Like at 6:46, in the 1st Stage, where the player uses the beam to destroy those four robots and collect their shots with it. He achieves a 57 break through careful positioning, any other position will give you only 54 hits or less. Or in the 3rd Stage, at 17:28, where he does 165 break hit, destroys every enemy, and still manages to remain his Laser Level at 4, giving him the opportunity to build it up to 5 when it's needed for the next Break at 18:54. Classy.

andsuchisdeath said:
I cleared Night Slashers and I updated my list.

Ha, maybe after I learn how to clear stage 2.

Just got a couple 1ccs in Tenkomori Shooting, easy course and medium course. What a wierd, fun game—like Point Blank but with shmups. 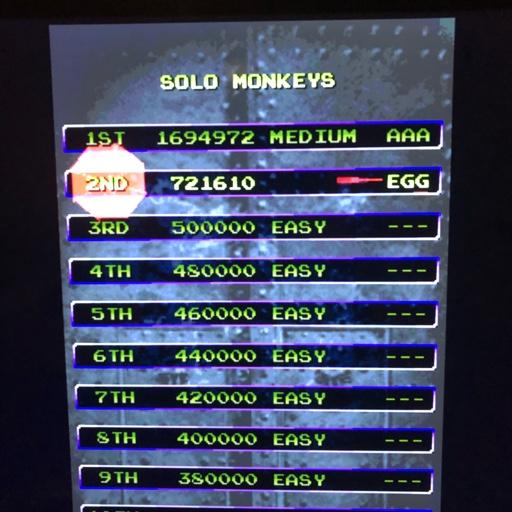 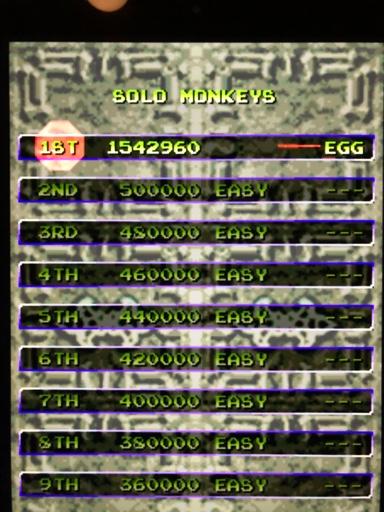 Got a UN Squadron 1cc finally. 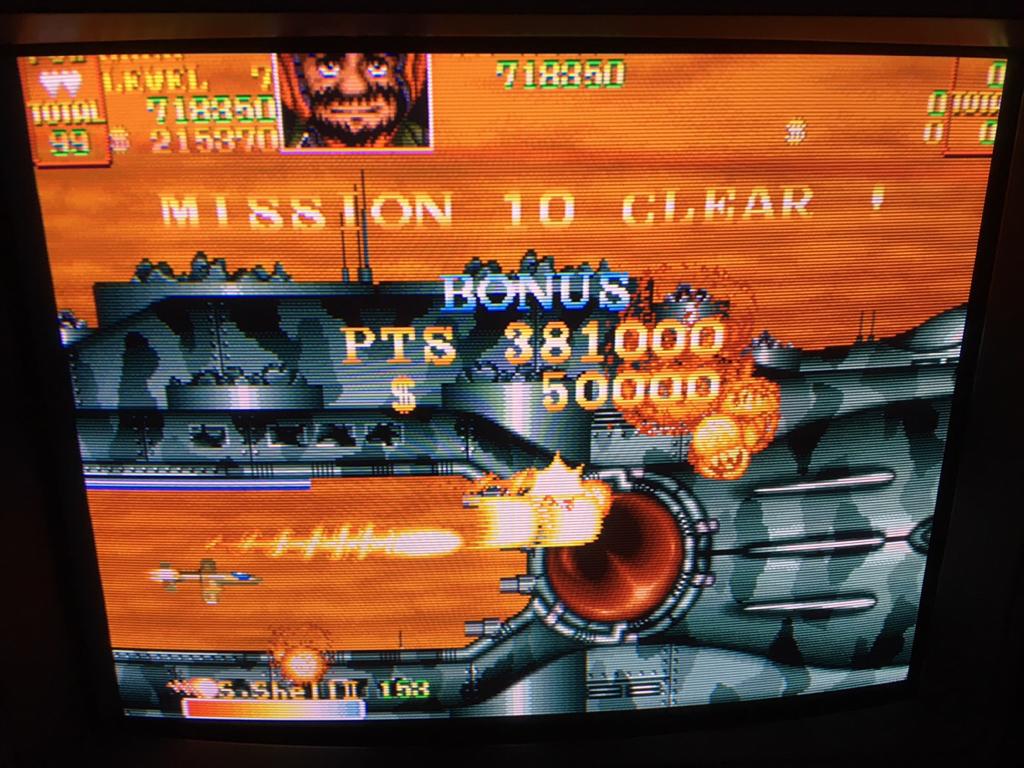 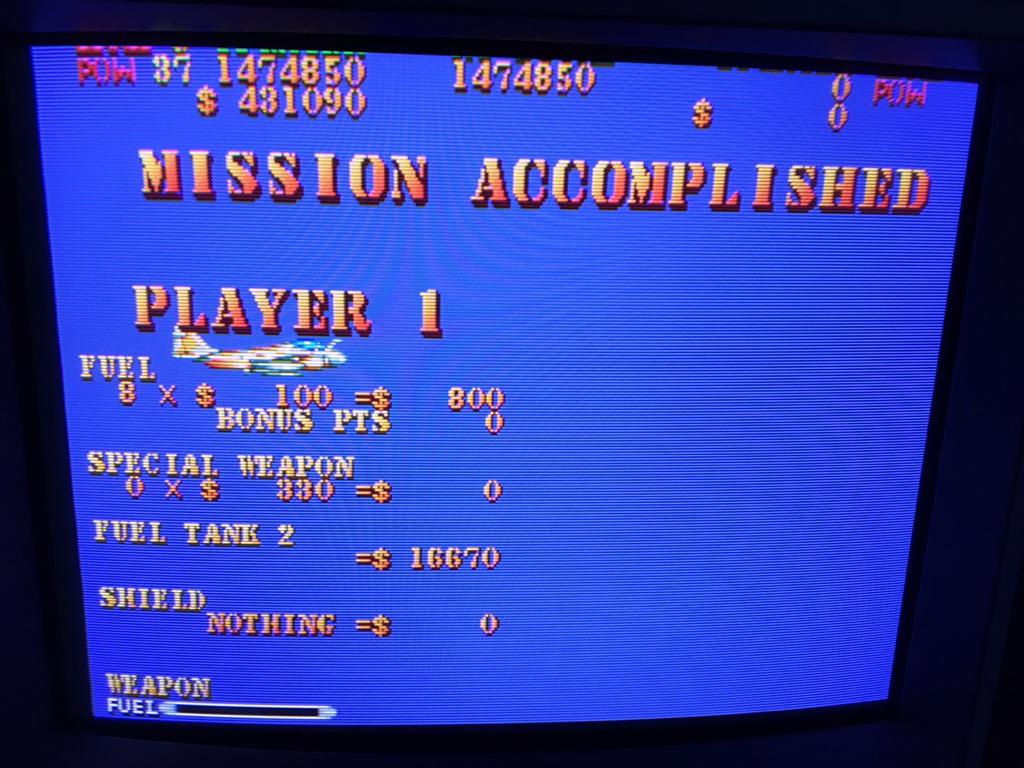 I've never played Carrier Air wing/US Navy. I really like AC UN Squadron/Area 88 though so, I should prob try it.

Any comparisons or contrasts worth noting?
Last edited: Apr 10, 2020

I've never played Carrier Airing/US Navy. I really like AC UN Squadron/Area 88 though so, I should prob try it.

Any comparisons or contrasts worth noting?
Click to expand...

Well, I feel this game was rushed. There's no ship that shoots the ground like UN Squadron, and one of the weapons is literally garbage. This one is actually easier than UN in my eyes, it only took me 4 credits to beat the game. The first time I played it I made it to the last boss and literally died with him only needing two more shots.
I don't think the game has the same soul as UN so it feels rather blah. Is it worth playing? I think so, shouldn't take you long to clear it at all. But I wouldn't seek it out to own. In saying that, I will be selling my board soon lol. Green weapon with autofire is the way to go on this one.

And with Greg too! I had to use Shin to kill bosses fast enough.

Carrier Air Wing's final boss was much harder for me than anything in UN Squadron. Shoots a hell of a lot more bullets. I could only 1cc the game with autofire.

Thanks! Got another yesterday, finally knocked out king of dragons with the elf. He's so op near the end!

I got the 2-All in Andro Dunos. I changed my strategy for the final boss and it made a huge difference.
Last edited: Apr 9, 2020

This ones for KidPanda. Who cares if Colossus walk animation is like 2 frames, this game is awesomely broken. In any case just going through my games and recording runs

Not only can you super jump cancel every attack but you can cancel laggy normals with weaker normals for some interesting pressure. Definitely not a fan of the meter needed to tech throws and the stun dmg.Player 1 and 2 side differences affecting combos is also bullshit too.