Any solution for the MV1FZ 5v low sound?

Is there any solution for the low sound on the mv1fz, after making the 5v mod?

I need to put my TV volume on max to get any sound (i recap all the board btw, it's not related to that...)

How are you getting sound from the board? Stereo mod?

If so, are you using Jeff Kurtz's audio mixer/amp circuit?


If you are, you need to build MKL's circuit: 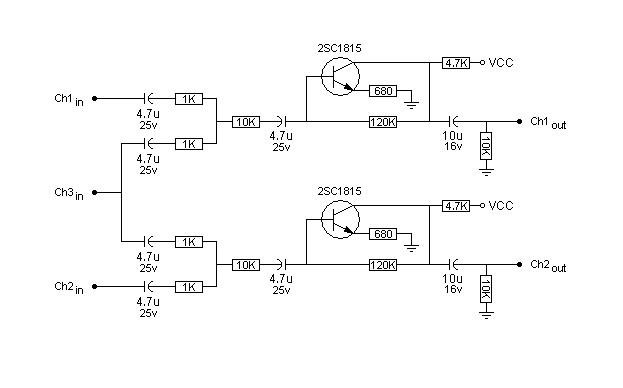 It will result in louder, clearer audio. I have built it both for MV1B and MV1FZ boards and it works great.
Last edited: Sep 27, 2014
M

Thus sounds really stupid ; but did you turn the volume of the board up with the knob on the pcb?

broken said:
How are you getting sound from the board? Stereo mod?

If so, are you using Jeff Kurtz audio mixer/amp circuit?


If you are, you need to build MKL's circuit:

It will result in louder, clearer audio. I have built it both for MV1B and MV1FZ boards and it works great.

Sorry forget to mention that, I did the stereo sound + 5v, i did the same mod from couple years ago.
Ahhhh sorry i was away some time from the neo scene.... i built the circuit yesterday (the old circuit from Jeff Kurtz), Thanks mate, i guess i need to build the update one from MKL ...
This is an brand new board that i got couple weeks ago ...

How is the audio using MKL's circuit?


Marcel1980 said:
Thus sounds really stupid ; but did you turn the volume of the board up with the knob on the pcb?
Click to expand...

The knob desn't work after making the stereo mod and 5v mod...

Damm im getting old, my memory is so fked up (lol)

I recently applied MKL's audio amplifier and it's twice as loud and very clear. Well worth doing!

GadgetUK said:
I recently applied MKL's audio amplifier and it's twice as loud and very clear. Well worth doing!
Click to expand...

Thanks for the input, looking forward to make this one ..
P

GadgetUK said:
I recently applied MKL's audio amplifier and it's twice as loud and very clear. Well worth doing!
Click to expand...

Can upload some photo of your MKL's circuit ?

PSICODROMO said:
Can upload some photo of your MKL's circuit ?
Click to expand...

Here is one I built a couple years ago: 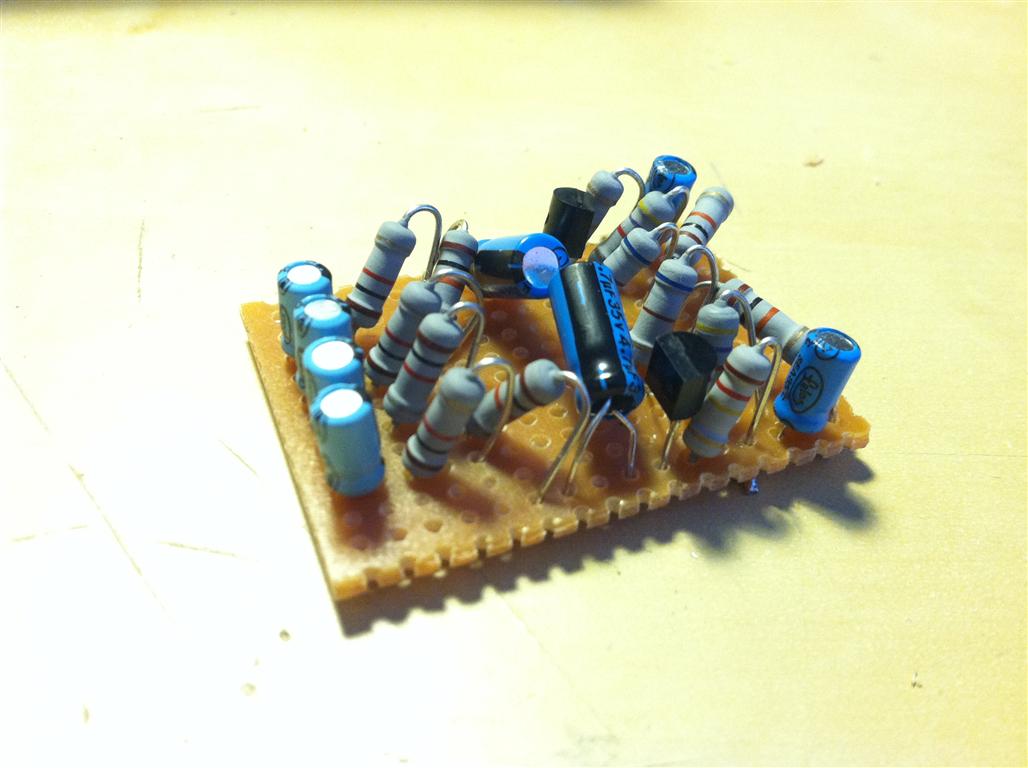 Using smaller components you could probably shrink the board down considerably. And a mostly SMD version would be smaller still.

Thanks for the pic broken.

I want make the stereo mod but I want use the board with a supergun. Is possible connect the stereo output of the circuit directly to stereo through Jamma conector? or this can cause some issue with other components of the motherboard?

OK, I am a little confused! The 5v stereo audio mod should give you a left and right output wire - where have you connected those at the moment, presumed directly on the scart connector under the supergun? That's the way I first 'tested' my stereo audio output, but having 2 wires trailing to a supergun is a pain, and its better to replace the supergun with a DIN socket (same as AES) and output video, audio and 5v to that connector in the same way the AES is wired, but replace composite (which MVS doesnt output) with the 2nd audio channel, that way you can have an AES DIN type connector for AV which supports stereo audio. The JAMMA edge on an MV1-FZ outputs the amplified MONO sound, not stereo. The supergun might support standard stereo pinout from the JAMMA edge but as default on an MV1-FZ you would get amplified mono I think.

If you build MKL's stereo amp board and connect the 3 inputs (left, right and center) which you are already using on the 5v stereo mod board (assumed you've done what I originally did using a bunch of 4.7uF caps and a few resistors) to the 3 input points on MKL's board, feed 5v and ground to that board as well as per the diagram above (on an earlier post by someone else). Then you should be able to take the left and right outputs of MKL's board and either wire them directly to a 3.5mm socket, or under the SCART connector on the supergun, or to a DIN socket or where ever you want to feed that amplified stereo audio.

EDIT: Also, final note here - You don't need the old audio board with the 4.7uF and 4K7 resistors on it. MKL's board is designed to connect straight to the 3 (left, right, center) outputs from underneath the MVS.
Last edited: Oct 2, 2014
P

I want solder the 2 wires of the output of MKL's board (stereo sound) directly to the Jamma pinout(pinout 10 & L), for take stereo sound using a supergun, without using another conector or wires. But I don't know if it can cause some damage on the motherboard, or if I have to cut some track before. The supergun only takes 5v. because the 12v. is not needed with the 5v. mod and stereo mod. There's no reason why you couldn't do this, other than what might already be using those connections. ie. You will need to cut the tracks going to those connections on the JAMMA. Well, at least the existing mono audio would need to be cut, but then you need to check the other to see what might be going out on that, if anything. It's not an ideal way of doing it tbh as normally you get amplified output there rather than the line level which the audio mod provides.
P

Thanks for all GadgetUK. I think this is the best solution for get stereo sound using a supergun or a jamma hardnees in a cabinet

Did anyone ever make a fabbed PCB of MKL's circuit? A small SMD one would be nice.

Xian Xi said:
Did anyone ever make a fabbed PCB of MKL's circuit? A small SMD one would be nice.
Click to expand...

There's this which works really well but not SMD components:-

This one is very neat

The silk-screening on the transistor is flipped though...
Last edited: Sep 21, 2016

nam9 said:
This one is very neat

The silk-screening on the transistor is flipped though...
Click to expand...

This is very very nice.
Anyone sells this?
Either just the board or assembled... Im totally in

dragonpt said:
This is very very nice.
Anyone sells this?
Either just the board or assembled... Im totally in

I just got in a set of 3 of the board but I have not assembled it. I had planned to consolize an MV1FZ but decided to go the supergun route. I would be more than willing to send anyone that needs a board for just the cost of shipping. Only have two left since I think I want to keep one in case I change my mind about the MV1FZ.

OK this is funny

I rebuild the old J.Kurtz circuit (since I had the parts already) and sound is much louder now...
Dunno if one of the capacitors where faulty...

I know MKL's revised circuit is better, but didn't had the parts...